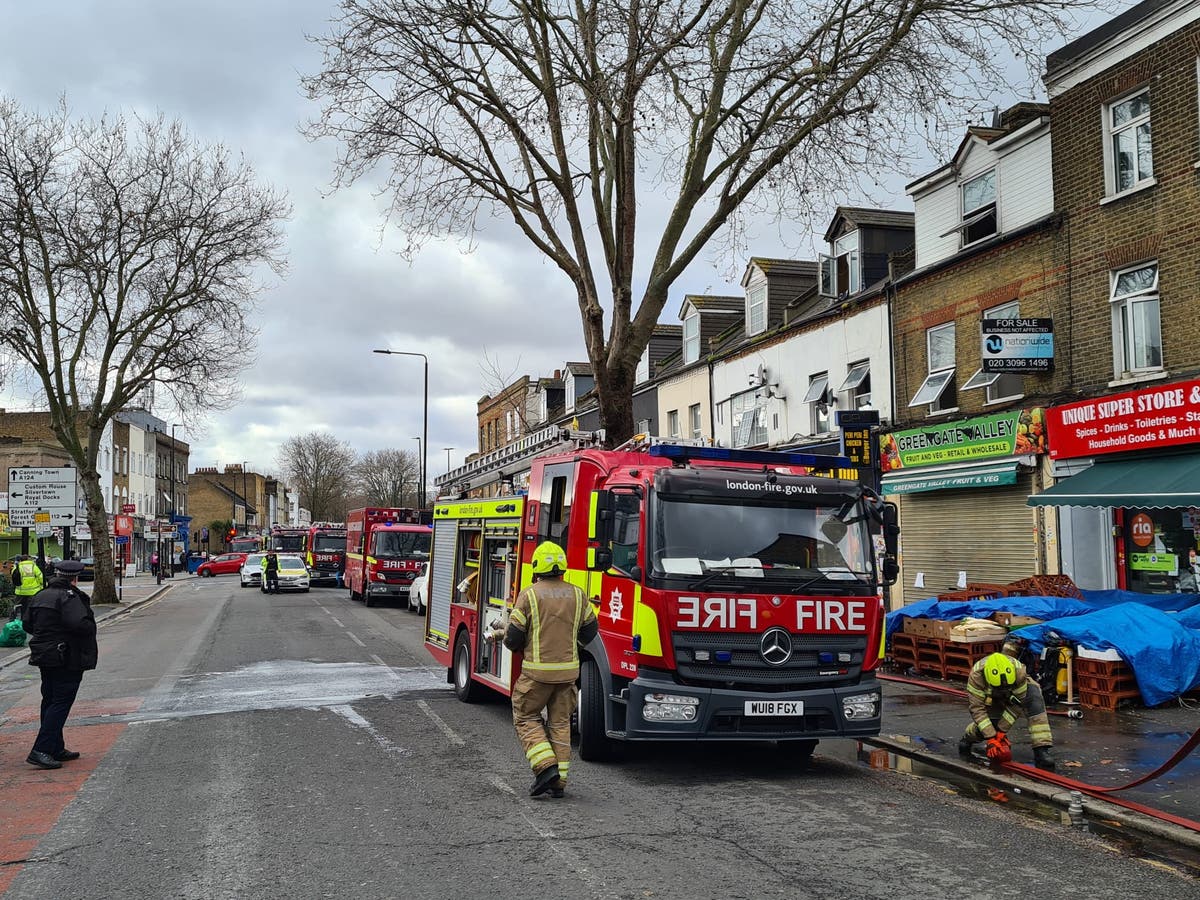 even people have been rescued after a fire broke out at a restaurant below a flat in Plaistow, east London.

Six fire engines and around 40 firefighters were called to a property on Barking Road just before 10am to reports of fire.

Part of the ground floor of the three-storey building remains alight, the fire brigade said. One woman and two children are being treated at the scene for smoke inhalation.

The Brigade’s 999 Control Officers have taken 13 calls to the blaze.

Station Commander Dave Reed, who is at the scene, said: “The fire has spread through the restaurant’s ducting and firefighters have rescued seven people via an internal staircase.

“There are local road closures in place and some bus routes have been diverted. We would advise people to avoid the area where possible.”

The cause of the fire is not known at this stage.