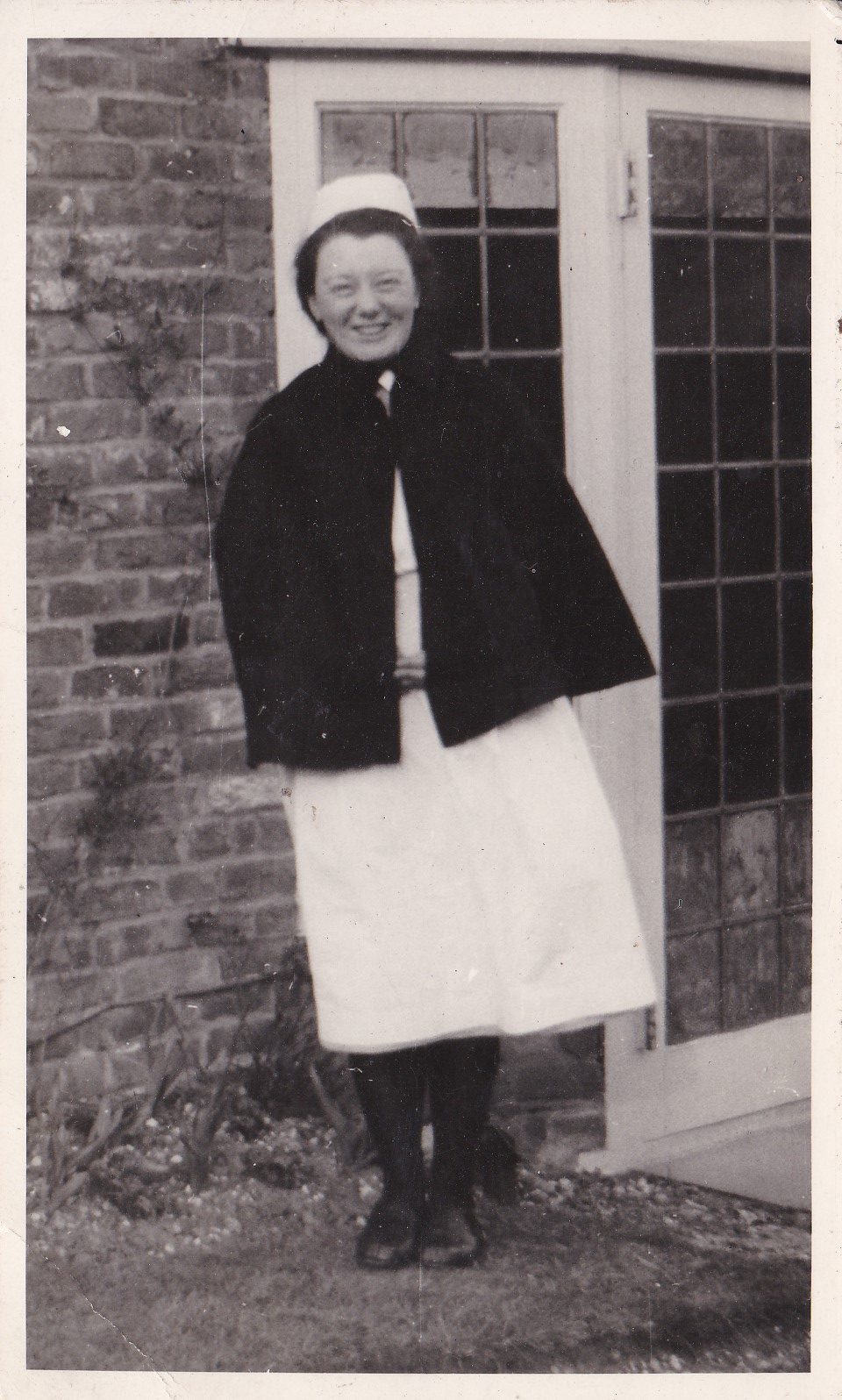 Peggy McGeoghegan, a probationary nurse, recounts some memories of her training in an East End of London children’s hospital from January 1943 to February 1946.

The hospital was in Shadwell, East London. It was known as the Princess Elizabeth of York Hospital for Children. It was a three-year training course with the preliminary examination at the end of the first year.

This examination covered anatomy and physiology and allowed anyone who passed to do their following general nursing training in three years instead of four. There were no lectures prior to the first mornings on the ward. Lectures were often in our three hours of ‘off duty’ time.

The day began at 7am and finished at 8pm, but not if your own duties were not completed. Sundays we were off duty from 10am to 4:30pm or from 4:30pm.

We had one half-day off a week and four weeks off a year. This changed, I think in 1944, when a report on nurses’ training was accepted and this allowed one full day off per week.

The first-year probationaries (‘pros’) did all the cleaning in hospital of bathrooms, sluices and brass. Only later were we allowed to do sterilisation of equipment.

The medical students came from the East End Maternity Hospital in Commercial Road to work in the emergency department and, when I was on duty there, I did become very friendly with two.

The very ill babies were those with D&V (diarrhoea and vomiting) and each had their own cubicles, and we always wore special gowns and masks.

There was a flat where nursing mothers could stay overnight. Unless children were in the emergency lists, visitors were only allowed on Sunday afternoons.

There were few M&D (formulary) drugs and when penicillin was discovered [and then purified during the 1940s] it seemed like a miracle especially for those with meningitis.

It was given by injection and I remember sister saying to me when I first administered it as an injection that the cost was £50.00 (equivalent to £3,000 in today’s money). Whether this was for the course or one simple injection, I do not now remember clearly.

Over the course of the three years, I became concerned for the children who were there for long periods in their cots or beds without anything to keep them occupied.

If we stayed talking or playing with anyone, it was not long before we heard the remark “haven’t you got anything better to do nurse?”, for there was always another duty awaiting us.

There was a convalescence home for children who might be in for months and who were allowed to dress and be out of bed. This was in Bayford, Hertfordshire.

We could, from there, take them for walks in the garden – it was the manor house owned by a female member of the hospital committee – who loaned it for the duration of the war (the owner is thought to be Alice Armitage-Smith).

Another large house in the area called “Ashendene” had been converted for emergency wards. All us nurses slept in the manor house and cycled one mile to Ashenden before breakfast and had to work the first hour without our cuppa, unless the night nurses had managed to leave a large pot ready for us!

After I had been there between 12 and 18 months, our hospital was merged with the Queen’s Hospital for Children in Bethnal Green, Hackney.

I was called to matron’s office one day and told I was to have the honour of being the first nurse to be transferred to “Queens” and to be very careful that I kept the traditions of service learned at Shadwell – for indeed I did discover differences – most of these came from the training we had from “sister tutor”.

After the war, the new hospital (which was almost complete just before 1939 and was then taken over by the Canadians for their hospital casualties) became the Queen Elizabeth Hospital for Children somewhere in Surrey (Banstead Woods). 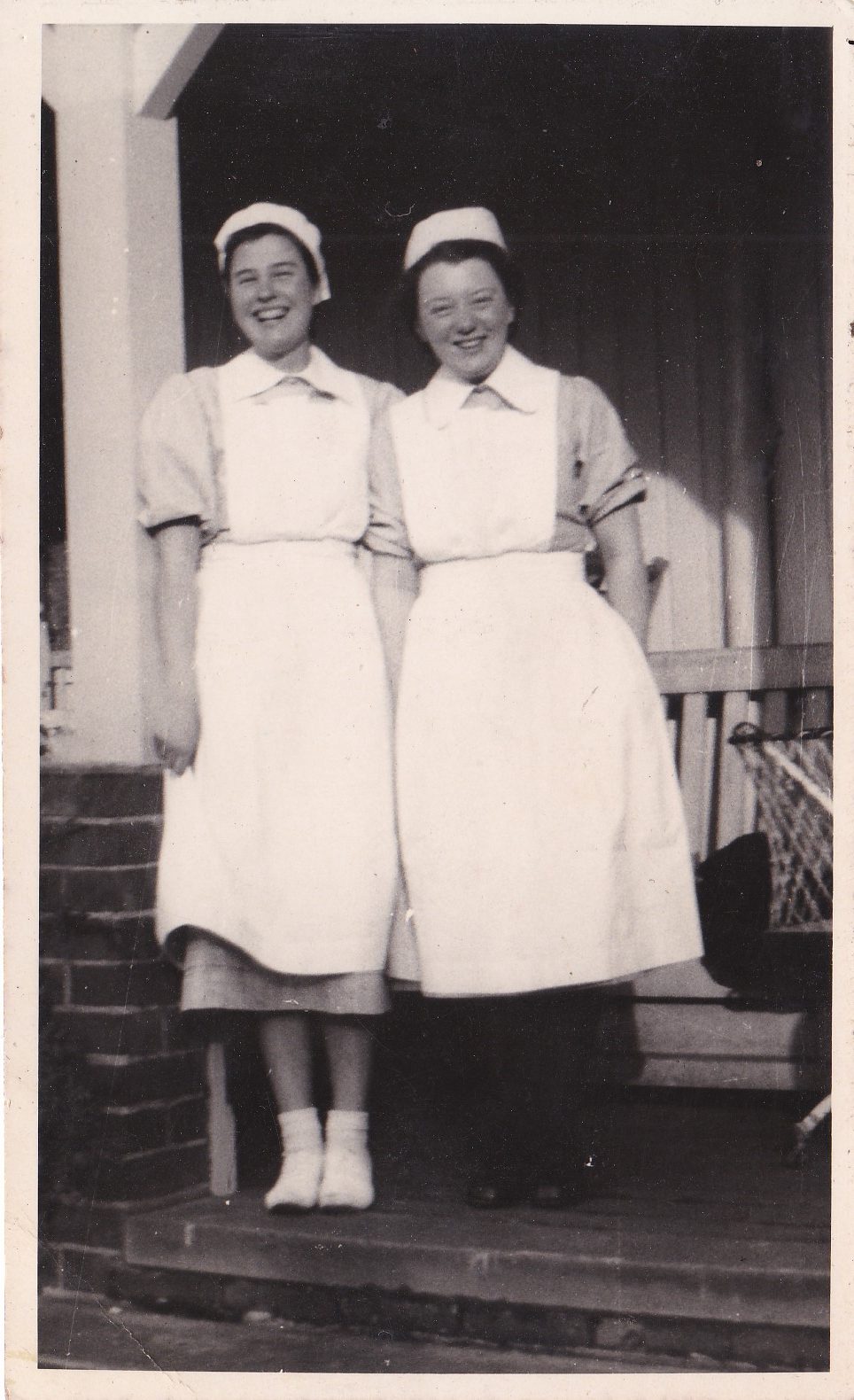 Two nurses (Peggy on the right) on the verandah at the back of Ashendene House, Bayford circa 1943 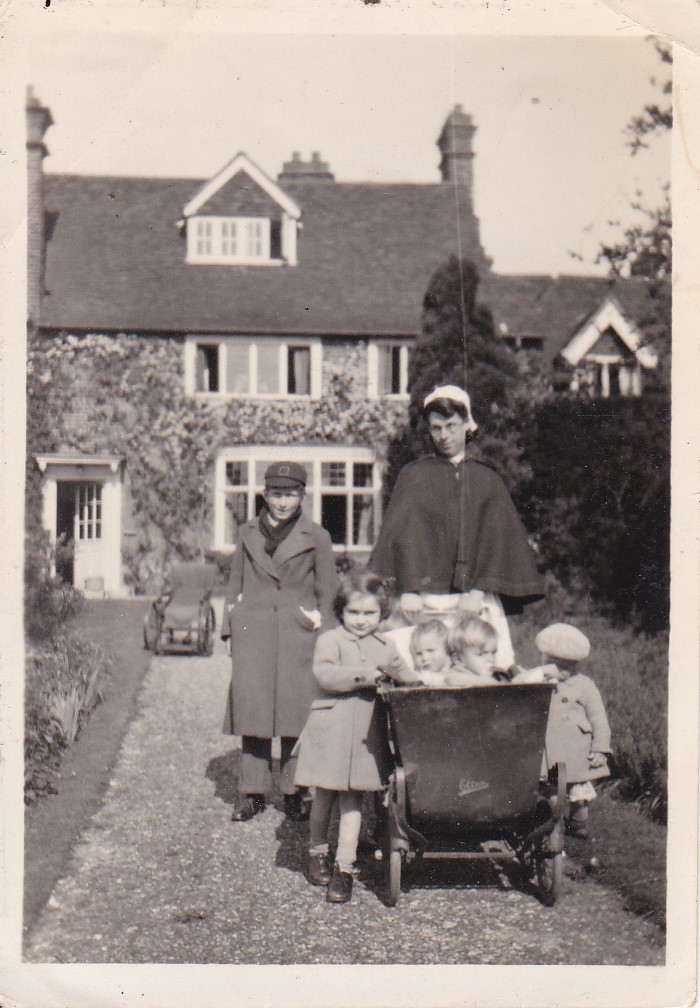 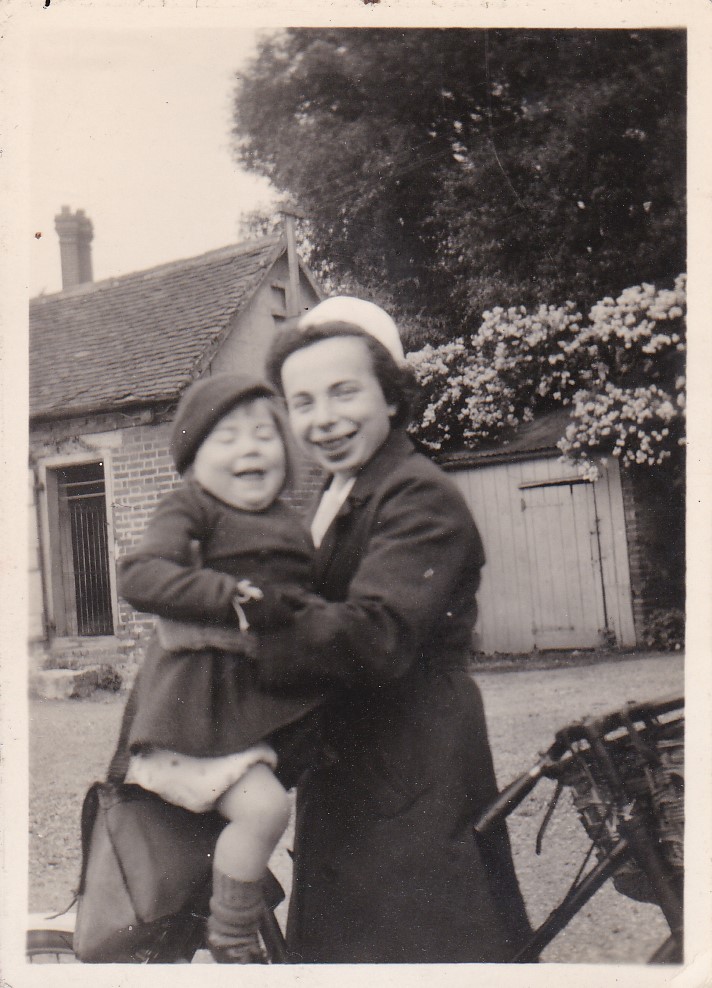 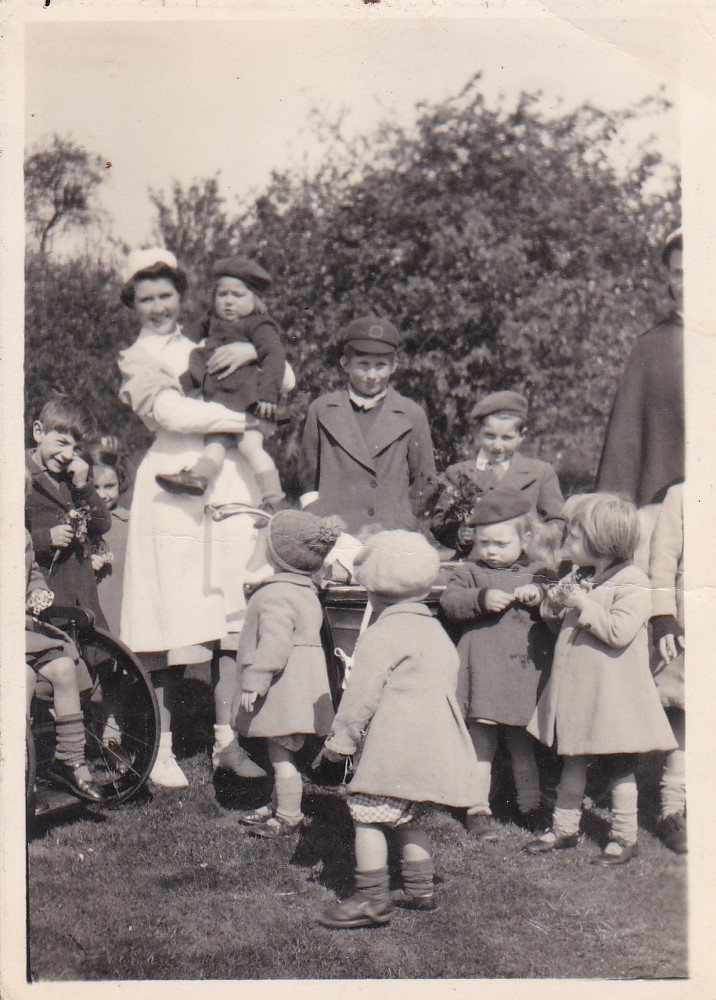 The grounds of Bayford Manor House 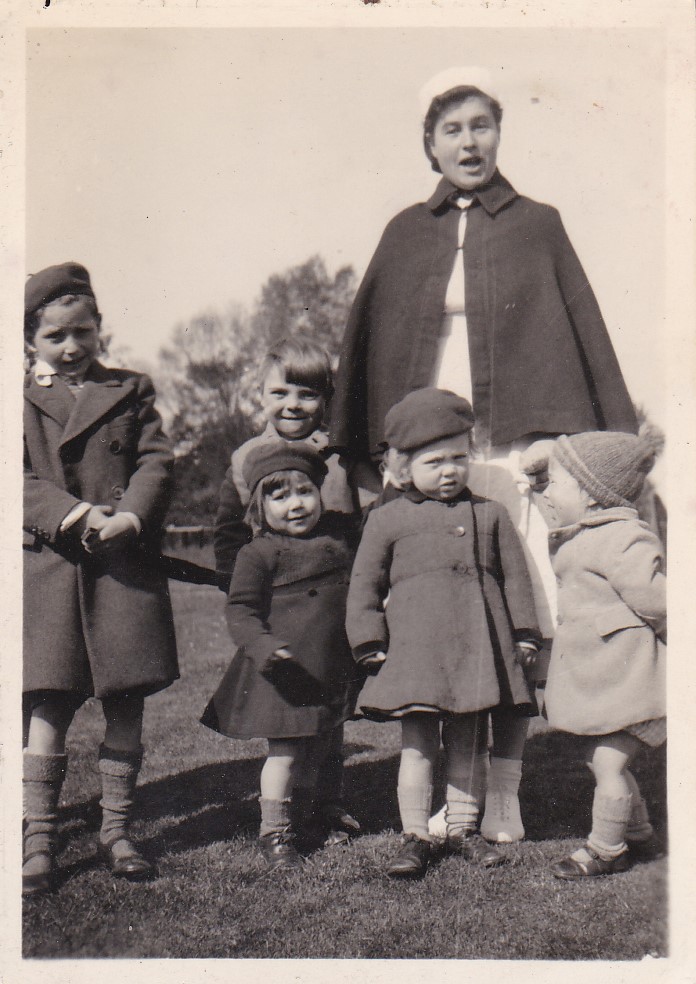 In the grounds of Bayford Manor House 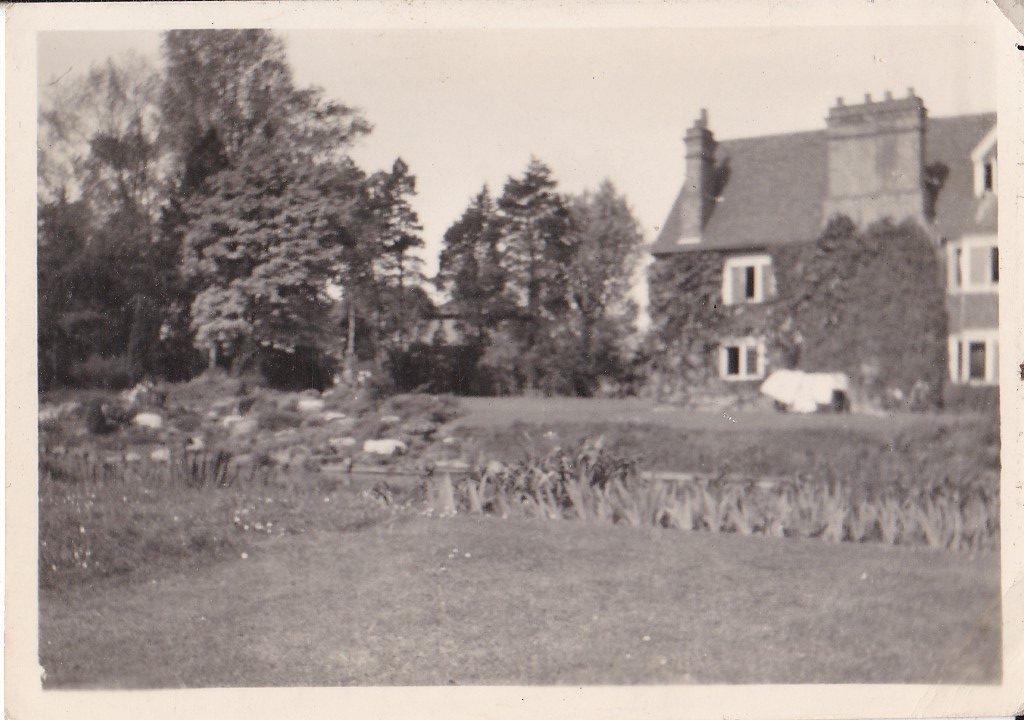 Background to this article

Dr Neil Browning: “My neighbour was Peggy McGeoghegan and she wrote these words for me in 2006 a few years before she died. I am an NHS GP.”

With thanks to Peggy’s daughter, Anna McGeoghegan, and Janet Tocqueville at Hertford Museum.

Violent clashes break out between police and crowds in east London

Total lunar eclipse: Where you’ll be able to see the rare Blood Moon in London