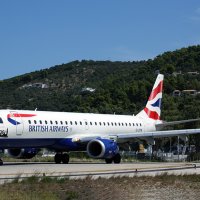 The airline, which operates from London City (LCY), will begin service to Luxemburg (LUX on March 27, operating daily through Oct. 29, providing direct competition for Luxair.

Daily flights to Milan Malpensa (MXP) will launch on the same day, while the carrier’s existing route to Milan Linate (LIN) will cease. The LCY-MXP schedule is in place until Oct. 29.

On 18 June, BA CityFlyer plans to start flying to Thessaloniki (SKG), operating once a week on Saturday, and on 19 June flights to Barcelona (BCN) will begin, operating every day apart from Saturday. Both routes will run until Sept. 4.

The British Airways subsidiary said service from London City to Jersey (JER) and Guernsey (GCI) would also return following their launch in summer 2021. Flights will operate on Monday and Friday from June 20 through Sept. 2.

“As customers start to plan their next summer getaway, we wanted to offer new routes to some of the most popular European destinations,” BA CityFlyer MD Tom Stoddart said.

Prior to the latest route announcements, schedules filed with OAG show that the airline planned to serve 31 destinations from London City during the forthcoming summer season, connecting the airport with the likes of Ibiza (IBZ), Malaga (AGP) and Palma de Mallorca (PMI).