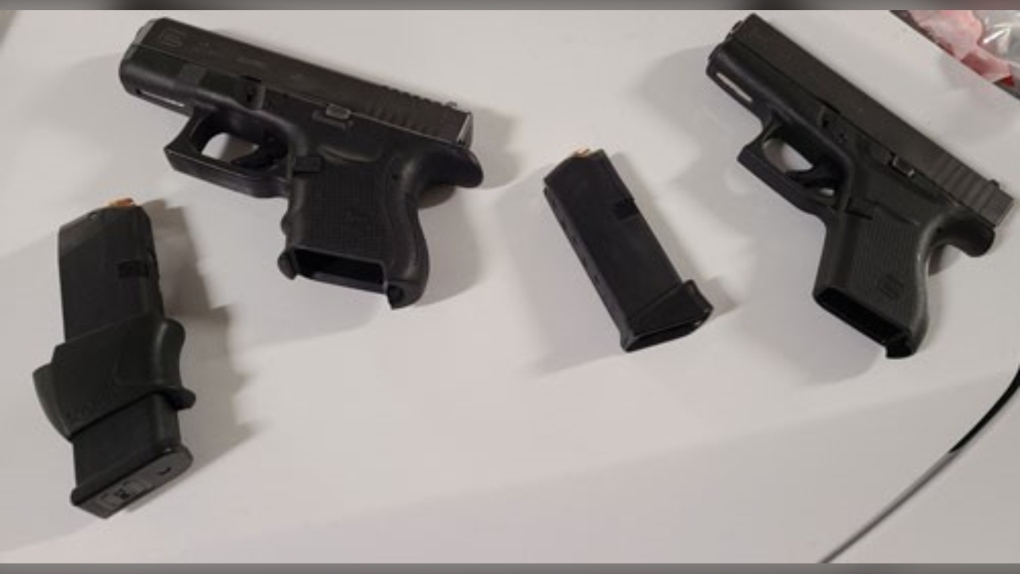 Three people are facing charges after police seized a number of guns in northwest London on Thursday.

The following items were seized:

The accused were to appear in court Friday.