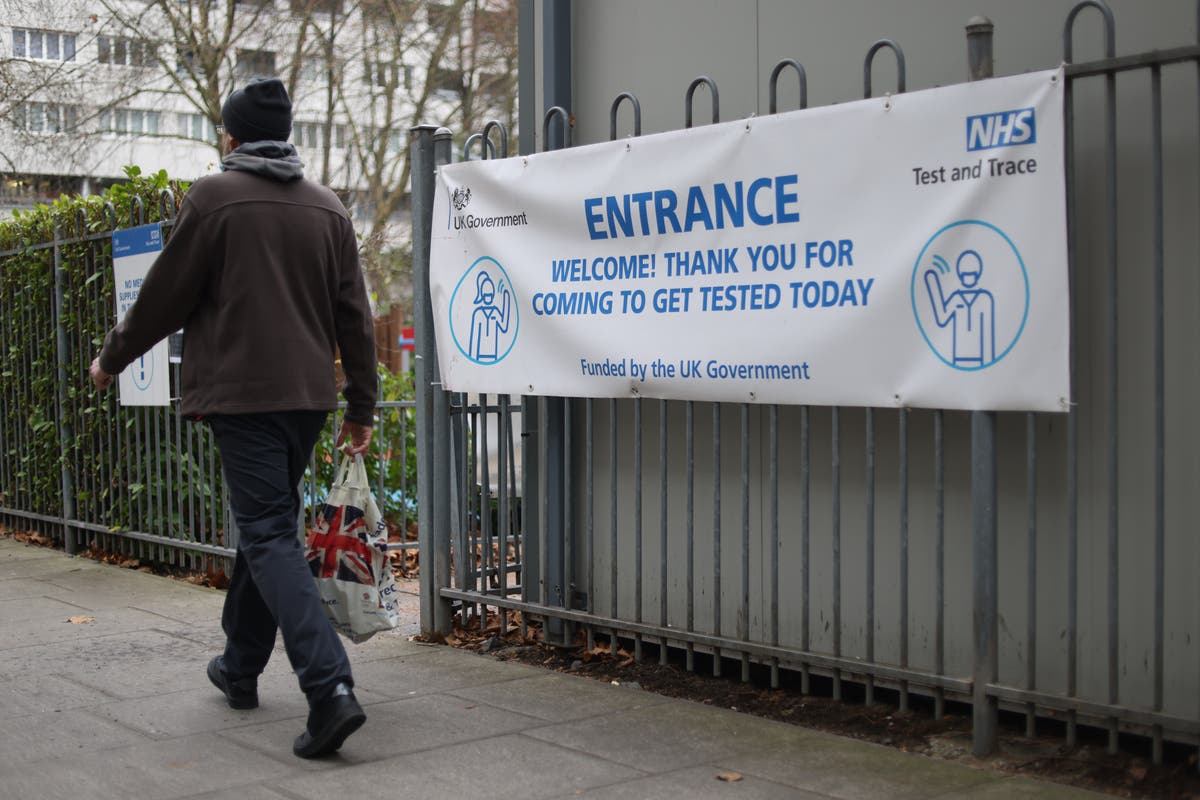 The government is expected to announce changes to Covid testing rules in England as early as this week, with those who test positive on lateral flows no longer having to complete a follow-up PCR if they do not have symptoms.

It comes amid worsening staff shortages across the NHS, as ministers grapple with the safest way to get health staff back into work as quickly as possible after they have become infected with the virus or because they are isolating

Asked earlier when the announcement would be made, health minister Gillian Keegan gave a rough time frame of a few days. Meanwhile, Matthew Taylor, chief executive of the NHS Confederation, said he would support the move – but only if it is “led by science”.

As NHS hospitals across the country trigger critical incidents, seventeen sites in Greater Manchester were forced to pause non-urgent surgeries amid a rise in coronavirus cases in the region and 15 per cent of their workers being off sick. Fiona Noden, lead for elective care in the region, said the “difficult decision” would help “keep people safe”.

Starmer to miss PMQs due to Covid diagnosis

Sir Keir Starmer has tested positive for Covid for the second time in less than three months, meaning he will go into self-isolation for the sixth time since the pandemic began.

As a result, deputy leader Angela Rayner will step in and go up against Boris Johnson at PMQs on Tuesday, a party party spokesman said.

The Labour leader previously tested positive for coronavirus on the day of the Budget in late October, before returning to work in early November.

Labour leader Sir Keir Starmer has tested positive for coronavirus for the second time in less than three months.

His deputy, Angela Rayner, will deputise for him at Prime Minister’s Questions this afternoon, a Labour Party spokesman said.

Surgeries delayed at 17 hospitals in Manchester due to Covid

Seventeen hospitals in Greater Manchester have been forced to pause non-urgent surgeries amid a rise in coronavirus cases in the region and subsequent staff shortages.

The Greater Manchester Health and Social Care Partnership called the move a “temporary measure” that would not affect cancer and urgent care treatment including cardiac surgery, vascular surgery and transplantation.

Covid testing rules ‘to be relaxed to solve staff shortages’

Here’s Holly Bancroft with more on the new testing rules set to be announced later today.

Covid testing rules are expected to be relaxed to help ease the staffing shortages caused by rising Omicron infections, it has been reported.

The changes would allow those who test positive on lateral flow tests to no longer need a follow-up PCR to begin the self-isolation period if they do not have symptoms. The new testing rules could be announced as soon as Wednesday.

Asked when the announcement would be made health minister Gillian Keegan would not be drawn, but did say: “The teams are looking constantly at what makes sense and what works, etc, but I don’t have any official news or updates for you this morning.”

More on testing changes now. Matthew Taylor, chief executive of the NHS Confederation, said he would support relaxing rules around PCR follow-up tests – but only if it is backed up by the science.

“On the one hand we do need to try to get staff back to work as soon as possible. “Hospitals who have declared critical incidents, for example, are essentially reaching out to staff who are on leave, on rest days or even recently retired and asking them to come back to wards, so the situation is desperate – any way of getting staff back into hospital is a good thing.

“But on the other hand, if staff come back into hospital and are infectious, that’s completely counterproductive because that is going to mean more sickness in the hospital and for staff, so this can’t be led by politics or blind hope – it has to be led by the science.”

Ultimately, though, he said: “If the science says it is possible for people to go back to work earlier, then of course NHS leaders will want that to be possible.”

As part of her media round this morning, health minister Gillian Keegan was asked by various outlets about reports suggesting friends and family are being asked to transport potential heart attack or stroke sufferers to hospital due to being overstretched.

The advice is said to have been given out at North East Ambulance Service NHS Foundation Trust, according to an article by the Health Service Journal.

Ms Keegan told Sky News she had asked NHS England to look into the report, saying it is “not what we have put in place at all”.

“We have more ambulance crews in operation than we have ever had, we also gave £55m extra just for this period to cover staff and make sure we had increases in staff and staffing levels,” she said, adding critical incidents being declared at some trusts were “part of the local contingency planning” which “happens every winter”.

Speaking about the report to LBC Radio, Ms Keegan insisted the whole NHS was “under pressure”. However, she added: “Now, I know there’s a lot of pressures in the system but we expect, for all of that, you can rely on getting to hospital if you are an emergency like a heart attack.”

The outcome of her enquires into is yet to be shared.

More on the potential changes to England’s current testing regime now. Dr Mike Tildesley, from the University of Warwick and a member of the Scientific Pandemic Influenza Modelling group (Spi-M), said the government risked losing key sequencing data by scrapping PCR tests for people who test positive on lateral flow tests but have no symptoms.

“Of course, with a PCR test what happens is a number of those can get sent away for sequencing and then you get more information regarding the virus itself,” Dr Tildesley told BBC Breakfast.

“So, that sort of information may potentially be lost, but only a subset of those PCR tests are sent away for sequencing anyway, so, hopefully, we won’t be losing the levels of information that we already have in this country that enables us to identify variants and so forth.”

He added it was “very, very important” if any changes were brought in regarding dropping some PCRs that people still recorded their results from lateral flows.

More from Gillian Keegan now, who said there is “no official” update yet on whether testing rules will be changed in England to allow those who test positive on lateral flow tests to no longer need a confirmatory PCR.

The Tory health minister said teams are “looking constantly at what makes sense and what works, but I don’t have any official news or updates for you this morning”.

Pressed on whether the rule change was being brought in for those who are asymptomatic, she told BBC Breakfast: “As I say, I don’t have any official news on that but I know that the teams are looking at testing and testing regimes.

“We’ve introduced so many lateral flow tests now and they are very accurate – they are really accurate if people are infectious, so I guess they are looking at the regime all the time in terms of what makes sense.

“I don’t have any official news but the teams will announce it once they have come to their conclusions.”

Asked whether the announcement could come on Wednesday, Ms Keegan said only: “You may be able to expect some news – I don’t know when.”

Minister defends not having ‘exact’ data on self-isolation

Following my last post, here’s a bit more on what Gillian Keegan said.

The health minister announced “about one million” people are currently in isolation because of coronavirus, but admitted the government can never know this figure for sure due to the way testing data is recorded.

Speaking to Sky News, she said: “We don’t actually collect that data on a daily basis but it is obvious if you look at how many people tested positive yesterday – it was about 215,000 – that they will all be self-isolating obviously from the previous days.

“So, it is about one million probably who are self-isolating right now.”

Asked why the UK government did not have the exact data, Ms Keegan replied: “We get the tested positive … figures, so you can add those up over the days, but what we don’t know is how many people after day six and day seven have tested negative and are free to leave isolation.

“So, it is around about a million people.”