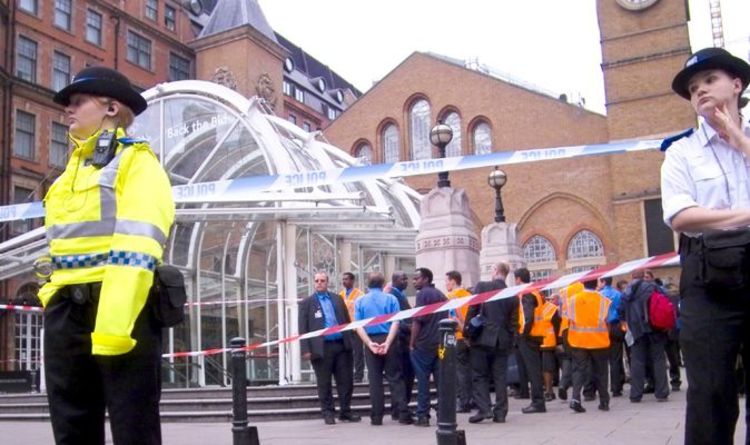 At 1:16pm, City of London Police said: “There are currently two road closures and cordons in place in two locations due to reports of a suspicious package”. People were advised to leave Threadneedle Street, and Bishopsgate to the junction with Fenchurch Street.

At 1:32pm, officers confirmed the package was non-suspicious.

They said: “The suspicious package has been confirmed as non-suspicious.

“All roads have now reopened and all cordons have been lifted.

“Thank you for your patience.”

Traffic social media account Jambuster said: “A10 Bishopsgate (EC2N/EC2M/EC2R) (All Directions) at the junction of Threadneedle Street – Road is closed due to an police investigation. Use alternative route. “

Social media reports said there was a “bomb threat”, with users saying they are “being told to run from the area”.

Twitter account @AJWestAuthor said: “Police have locked down Bishopsgate. Hope all turns out okay, whatever it is.

A person was also stuck inside during the bomb threat.

London weather: Exact dates it’s set to snow in the capital and it’s sooner than you think