Call The Midwife returns tonight for a Christmas special, with fans finally getting an update from their favourite East London midwives – but where is the series actually filmed?

The festive episodes will see the midwives of Nonnatus House deal with a overwhelming delivery of expectant mothers, whilst show favourites Cyril (Zephryn Taitte) and Lucille (Leonie Elliott) prepare for their wedding.

However, there’s drama in store as Lucille will suffer a humiliating accident whilst celebrating her hen-do, with it being left up to Dr Turner (Stephen McGann) to try and save the day.

Elsewhere, viewers get another Christmas treat as Miriam Margolyes returns as Sister Mildred, offering up some sage advice to her beloved colleagues.

But where is the Call The Midwife Christmas special filmed? We reveal some of the locations used in the long-running BBC show to double up as the East End in the 1960s.

Where is Call The Midwife Christmas Special filmed? 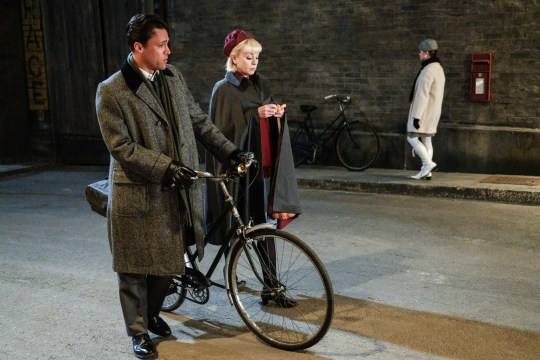 Not all of the series is filmed in London (Picture: BBC / Neal Street Productions)

Some of the show’s famous exterior shots are filmed in south east London, in the location of Theed Street and Roupell Street in Waterloo, which feature the iconic terraced houses.

The Historic Dockyard Chatham in Kent is actually used for the bulk of filming, which may come as a surprise to fans.

The 400 year old docks double up very nicely as the cobbled back streets of 1960s Poplar, and are used for the majority of exterior shots in the series.

Fans of the show will be thrilled to hear you are able to visit the exterior filming area on a Call The Midwife Official Location Tour, which takes place at the docks.

Interior shots are filmed predominantly at Longcross Studios in Surrey which isn’t open to the public.

Where is Nonnatus House filmed? 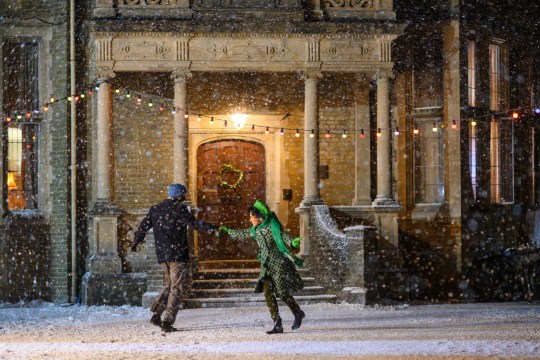 Cyril and Lucille prepare for their wedding in the Christmas special (Picture: BBC / Neal Street Productions)

Call the Midwife has made its home at Longcross Film Studios in Surrey, close to Chertsey and not far from London.

The site was sitting empty since 2006 after its closure and was used for filming before it was sold off in 2013, and converted into flats.

When is the Call The Midwife Christmas special and series 11 on TV?

Call The Midwife returns today (Christmas Day) for the special episode, which will be followed by series 11 at the beginning of 2022.

The feature-length episode will air at 8pm until 9:35pm on BBC One, and will be available to watch shortly afterwards on BBC iPlayer.

Call The Midwife Christmas special airs tonight at 8pm on BBC One.