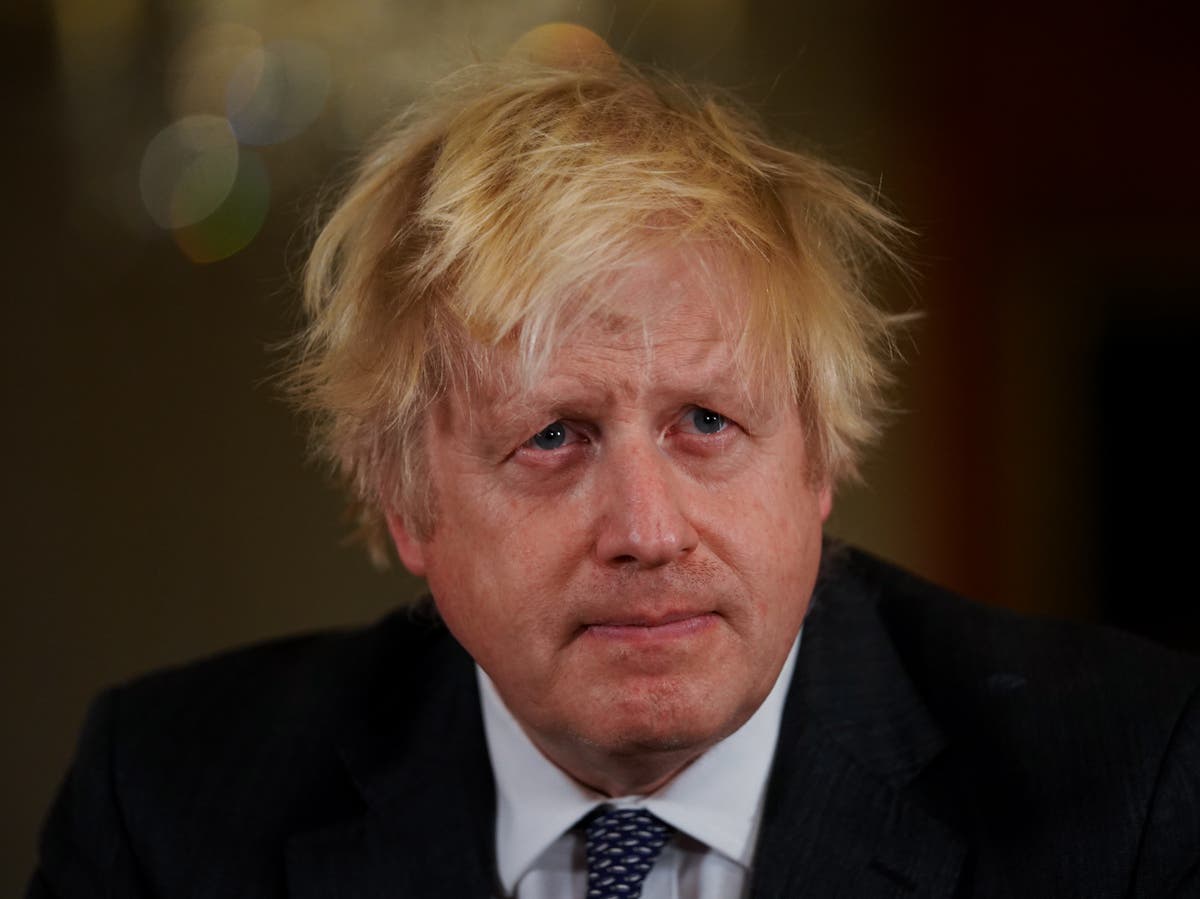 Boris Johnson has insisted he “certainly broke no rules” but said the Whitehall investigation into potentially lockdown-breaking Christmas parties in Downing St will include his festive quiz.

Sir Keir Starmer has demanded Mr Johnson come to parliament and answer questions about whether he misled MPs over alleged Christmas lockdown rule-breaking.

Speaking to broadcasters, the Prime Minister said: “I can tell you that I certainly broke no rules – the whole thing will be looked into by the Cabinet Secretary, and what I’m focused on, frankly, is the vaccine rollout.”

Pressed if that means the investigation into the alleged Downing St Christmas parties will include the quiz, Mr Johnson replied: “He’s looking at all these things. Is that the thing with the Zoom call? Yeah.”

The prime minister is set to face his biggest rebellion yet on Tuesday over plan B restrictions – specifically plans to bring in Covid certificates, with the list of Tory MPs threatening to vote against them reported to be at around 76.

The Prime Minister spoke by telephone to Mr Putin on Monday to reassert the UK’s commitment to Ukraine’s territorial integrity and warn that any destabilising action by Moscow would be a “strategic mistake”.

Mr Johnson’s call marks the latest intervention by Western leaders urging the Kremlin to draw back amid growing alarm at the build-up of Russian forces in the region.

Gavin Cordon has the details here:

England’s Covid pass system is to be tightened from the start of next year to require evidence of two coronavirus vaccines and a booster as a means of gaining access to crowded venues like nightclubs, health secretary Sajid Javid has said.

But Mr Javid told the House of Commons that the pass, carried on the NHS smartphone app, will also require a booster “once all adults have had a reasonable chance to get their booster”.

Boris Johnson has insisted he “certainly broke no rules” but said the Whitehall investigation into potentially lockdown-breaking Christmas parties in Downing St will include his festive quiz.

The Prime Minister is facing allegations from Labour that he may have misled Parliament and suggestions he might have personally broken the rules with his participation in the game last winter.

Speaking to broadcasters during a visit to a vaccination clinic near Paddington in west London, the Prime Minister said: “I can tell you that I certainly broke no rules – the whole thing will be looked into by the Cabinet Secretary, and what I’m focused on, frankly, is the vaccine rollout.”

Pressed if that means Mr Case’s investigation will include the quiz, Mr Johnson replied: “He’s looking at all these things. Is that the thing with the Zoom call? Yeah.”

Sajid Javid has urged those who have not yet come forward to receive their Covid-19 vaccine to reconsider those factors holding them back and “please think again.”

Boris Johnson has told Russian President Vladimir Putin of his “deep concern over the build-up of Russian forces on Ukraine’s border”.

In a conversation between the two leaders on Monday afternoon, the Prime Minister reiterated to Mr Putin “the importance of working through diplomatic channels to deescalate tensions and identify durable solutions”.

A Downing Street spokesperson said: “The Prime Minister emphasised the UK’s commitment to Ukraine’s territorial integrity and sovereignty, and warned that any destabilising action would be a strategic mistake that would have significant consequences.

“He also recognised the importance of dialogue on international and regional security, and they agreed it is imperative that all sides respect the terms of the Minsk Protocol.

“The leaders also welcomed progress on addressing climate change and protecting forests at Cop26, noting that UK-Russia collaboration is critical to deliver on the pledges made in Glasgow.”

The Care Quality Commission (CQC) today announced it will be postponing its inspections of acute hospitals and general practices until 2022 in a bid to support the acceleration of the Covid-19 booster programme in the UK.

The new booster “mission”, announced by Boris Johnson yesterday in response to alarming new data about the spread of the omicron variant, will require “a massive effort from the NHS which is already under severe pressure”, their website reads.

All on-site inspections in acute hospitals, of ambulance services and general practices have been postponed with immediate effect for the next three weeks.

However, inspections may be conducted in cases where we have evidence of risk to life, or the immediate risk of serious harm to people.

Opinion: ‘The PM should’ve made this booster decision weeks ago’

Our associate editor Sean O’Grady writes about the PM’s plan to offer all UK adults a booster vaccine by the end of the year.

Boris Johnson gave the NHS little advance warning of this new national vaccine booster mission. Why wasn’t the health service made aware of what would be expected of it – jabbing all adults over 18 in England by the end of the month, meaning more than 1 million people a day – weeks ago? If it had been, we perhaps wouldn’t be facing a crashing NHS website and no lateral flow tests.

As so often in the past, the prime minister is now having to rely on the health service and the military to rescue him from the consequences of his own mistakes. They’ll try, as they always do, because they are dedicated and put public service first – unlike the man in No 10.

It’s worth reflecting on how we got from Boris Johnson’s jolly optimism about this Christmas being incomparably better than last year to a “national conversation” about mandatory vaccines.

Boris Johnson said today he personally did not break any rules at Christmas parties which took place at Downing Street last year, having previously said no rules were broken at all. As Sky’s Beth Rigby reports: