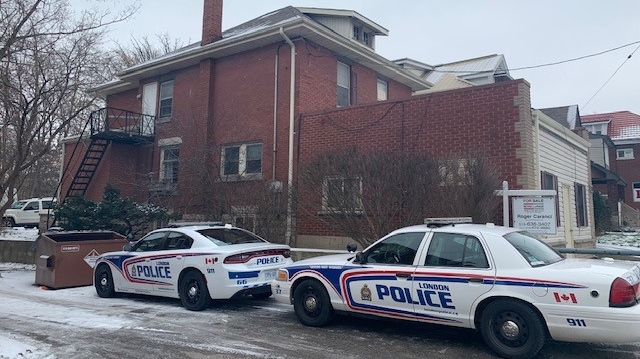 One man has died and another has been charged after an incident in southwest London.

Police say a 56-year-old man was found inside a buildling with multiple lacerations. He was treated at the scene before being taken to hospital with life-threatening injuries where he later died.

A 40-year-old was arrested. Robert Charnock of London has since been charged with second-degree murder.

He appeared in court Thursday and was remanded in custody.

The identity of the deceased is being withheld pending notification of next of kin.

The homicide investigation continues and anyone with information is asked to call police at 519-661-5670 or Crime Stoppers at 1-800-222-TIPS.