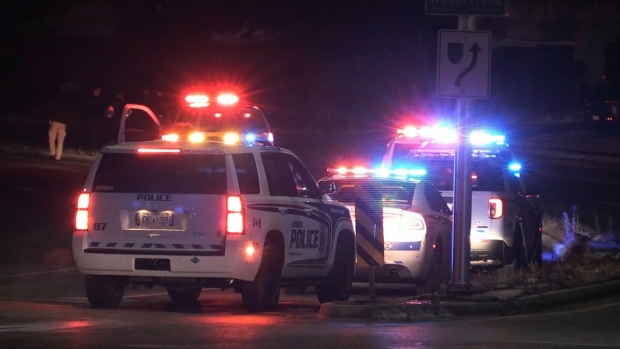 Police in London, Ont. say multiple people have been taken to hospital with a range of injuries after a multi-vehicle collision involving pedestrians.

Emergency crews responded to a collision involving multiple vehicles and pedestrians on Riverside Drive, west of Wonderland Road, at around 6:45 p.m.

“Multiple pedestrians were transported to hospital by paramedic services with injuries ranging from life-threatening to minor in nature,” London police said in a news release.

Everyone involved remained at the scene, police said.

In an update late Tuesday, police said that while it is still early on in the investigation, “there is nothing to indicate that this was an intentional act.”

There is no word so far on the exact number of people involved or their ages.

“The investigation has just commenced, and we have a number of officers on scene but what we can say is that this was not a hit-and-run,” Const. Sandasha Bough told CTV News London.

She said there is a large scene and a number of roads in the area have been closed down to accommodate the investigation.

Investigators have not yet said what led to the collision.

Investigators are asking anyone with information to contact the London Police Service.

London crime: 4 people stabbed in horrific weekend of violence in the capital