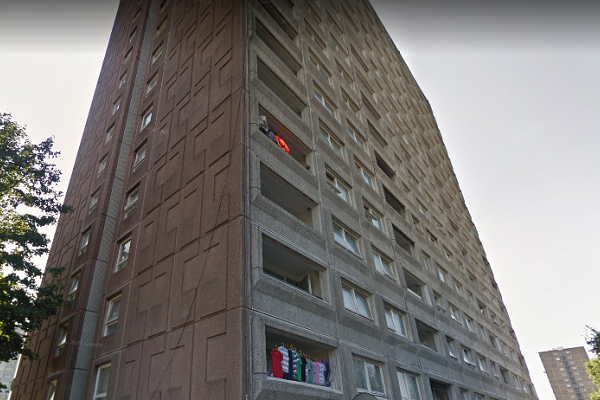 The London Fire Brigade will practise a mass evacuation drill in a high rise tower block, more than four and a half years after the Grenfell fire, as part of national government research on the issue, Inside Housing can reveal.

The block in Kilburn, north west London, where the drill will be carried out (picture: Google Street View)

The LFB will join Greater Manchester Fire and Rescue Services in a drill to be held in an 18-storey high-rise block in the London Borough of Brent.

The exercise forms part of major national research being led by the University of Central Lancashire that was commissioned by the Home Office to influence the development of high rise evacuation policy.

The exercise will be carried out over four days in Hereford House in Carlton Vale, north-west London.

“Volunteers have been sought to pose as trapped residents, with the exercise understood to be set to encompass a range of mock-fire scenarios”

It was originally scheduled to be held this week, but has now been pushed back into the new year. A Home Office spokesperson said additional external scrutiny was required before the live test could take place.

Volunteers have been sought to pose as trapped residents, with the exercise understood to be set to encompass a range of mock-fire scenarios.

The Grenfell Tower fire saw 72 residents die after the London Fire Brigade pursued a ‘stay put’ strategy until more than an hour and a half after the blaze began.

By this point, the external walls of the block were engulfed by flame and many residents had lost the chance to flee due to dense smoke in the communal landings and stairs.

The first phase report of the inquiry into the night of the fire criticised this reliance on stay put, describing it as “an article of faith within the LFB so powerful that to depart from it was to all intents and purposes unthinkable”.

The report called on all owners to develop an evacuation plan for their buildings, including providing ‘personal emergency evacuation plans’ for residents with disabilities and manual fire alarms that can be activated if a blaze gets out of control.

However, since that report in October 2019, progress on both these points has been slow. Recent witnesses to the Grenfell Tower Inquiry have also emphasised that there is still no national policy framework for evacuating a tower block.

It is not known whether the exercise in Brent will test the use of ‘personal emergency evacuation plans’ or if and when the results will be released publicly.

A spokesperson for the Home Office said: “Keeping the public safe is our top priority and we are determined to ensure the tragedy of Grenfell Tower does not happen again.

“In December 2019, a joint Home Office and Department for Levelling Up, Housing and Communities technical steering group was set up to support a research project which aims to review means of escape provisions in blocks of flats including the use of the ‘stay put’ strategy and evacuation.

“The strand on operational research to test evacuation strategies is progressing, but must be subject to additional external formal scrutiny before it can proceed to live testing.”