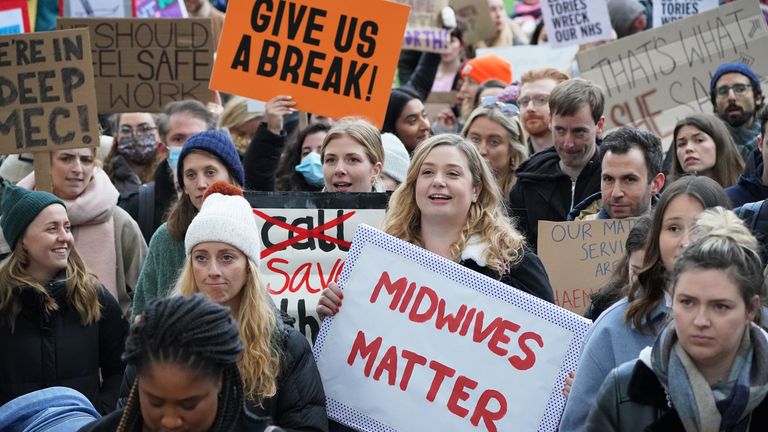 Midwives have warned that maternity care services are at “breaking point” and the “crisis” should be tackled by the government as a “national emergency”.

They are used to delivering babies, but on Sunday they were delivering the message that they feel tired, overworked and underpaid.

Thousands of midwives gathered in vigils across the country to raise awareness of the issue.

The March with Midwives demonstrations, in England, Scotland and Wales, were held to highlight problems with staffing and working conditions.

Image:
Thousands of midwives gathered in vigils across the country to raise awareness of the issue

They are calling on the government to act now to tackle shortages in personnel and safety in maternity units.

It comes as a recent survey by the Royal College of Midwives showed more than half of staff are considering leaving.

And for every 30 midwives recruited, 29 of them will quit.

This means it is currently “critically unsafe” to have a child in the UK today, warn campaigners.

The issue was reflected on placards which read “babies deserve better” and “midwives for life, not just for birthdays”.

At a vigil in London’s Parliament Square, I spoke to midwives with decades’ worth of experience, as well as those just qualified.

The message was the same.

They felt ignored. They are working extremely long hours, and when parents are not happy – they face the backlash. 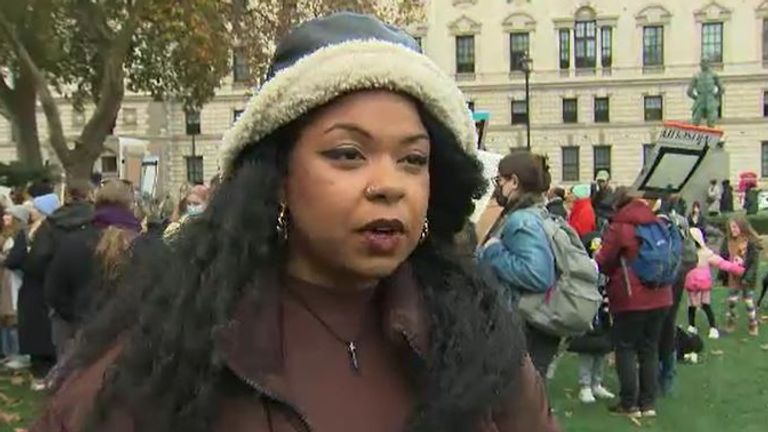 Image:
Midwife Iaa’iqa Shazati says she attempted to hand in her notice once before but changed her mind

Iaa’iqa Shazati qualified just before the COVID pandemic, and says she has already attempted to hand in her notice once before but changed her mind.

She said: “It’s the pressure of wanting to give really good one-to-one care but feeling rushed. You might have an amazing delivery but the first thing on your mind is ‘oh my gosh, I need to get my notes done and there’s someone upstairs that needs to come down’.”

“You can’t even give that woman that hour of skin-to-skin that she needs, uninterrupted with her baby,” she continued. 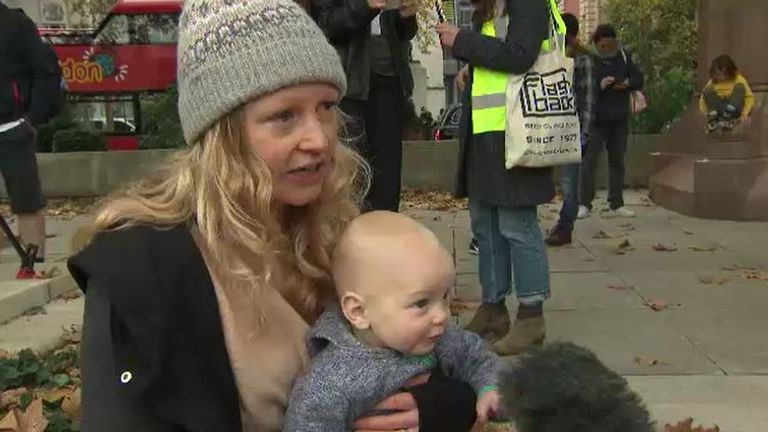 Image:
Hannah Rogers says she often goes into work ‘feeling worried about the number of women you’re going to be looking after’

And Hannah Rogers, who has been in the profession for almost 20 years, could relate to that.

She said she entered the profession to “make a difference” and for women to feel “loved and cared for”.

However, she says she often goes into work “feeling worried about the number of women you’re going to be looking after”.

“It makes you feel sick.”

But it wasn’t just the midwives protesting, it was service users too, who say their labour has been affected by the problems in the profession. 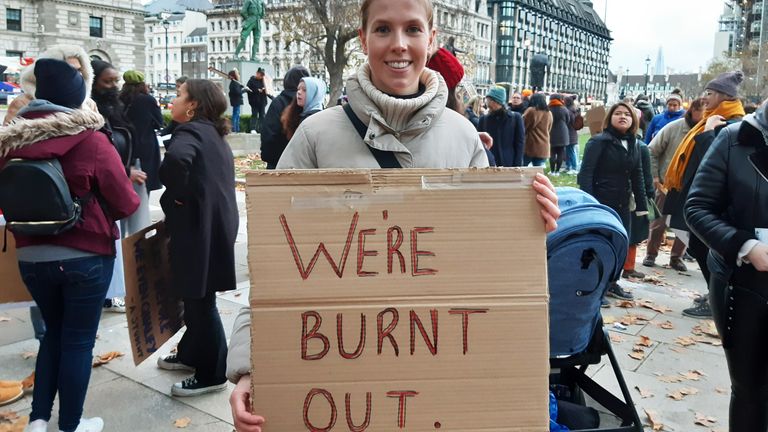 Image:
Midwives like 27-year-old Sarah Muggleton claim they are ‘burnt out’

Some service users have complained about feeling coerced or bullied to ensure compliance.

The government says there are more midwives in the NHS now than ever, with a £95m recruitment drive under way aiming to hire an extra 1,200.

A Department for Health and Social Care spokesperson said: “We are committed to patient safety, eradicating avoidable harms and making the NHS the safest place in the world to give birth.

“Midwives do an incredibly important job and we know how challenging it has been for those working during the pandemic.