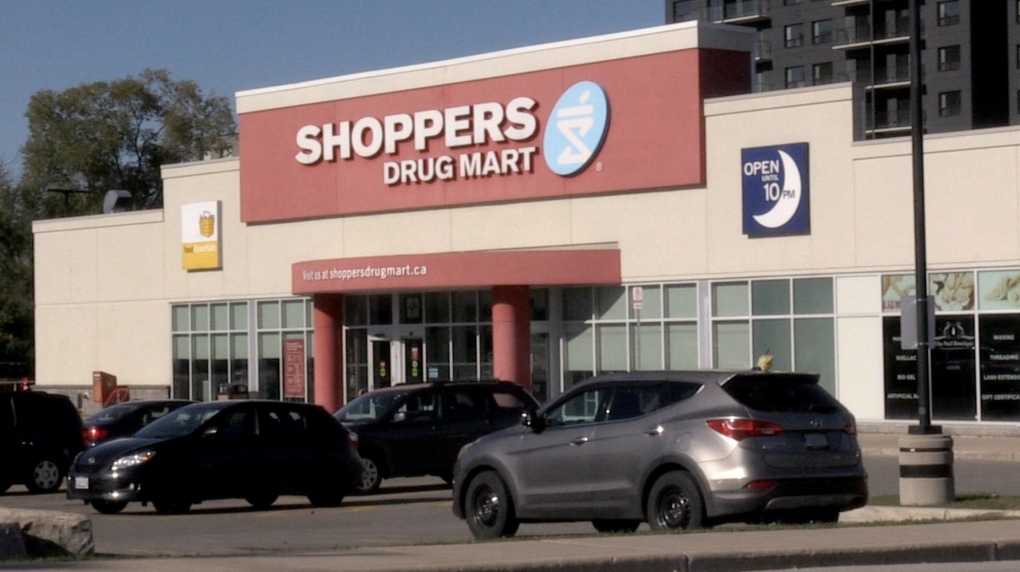 One man has been arrested after break-ins at two separate pharmacies in London on Friday night.

The first incident happened around 8 p.m. at a Shoppers Drug Mart location at 467 Wharncliffe Rd. S.

Police say a suspect entered the pharmacy, jumped over a counter and assaulted a cashier before placing items in a bag.

When another employee attempted to intervene, they were also assaulted. The suspect fled the store with stolen electronics.

No one was injured.

Police were called, but a search of the area did not locate the suspect.

Then around 9:55 p.m., police say a citizen contacted them after they heard glass breaking and saw a male leave through the broken window of a store at 530 Commissioners Rd. W., which was closed at the time.

A description of the male matched the suspect involved in the earlier robbery.

On scene, police say they found discarded clothing from the suspect, and a police service dog tracked and located a suspect nearby.

Stolen property belonging to the pharmacies was recovered.

As a result, a 32-year-old London man has been charged with robbery/theft from person with violence, break, enter and theft and fail to comply with release order.

He is scheduled to appear in a London court on Monday.