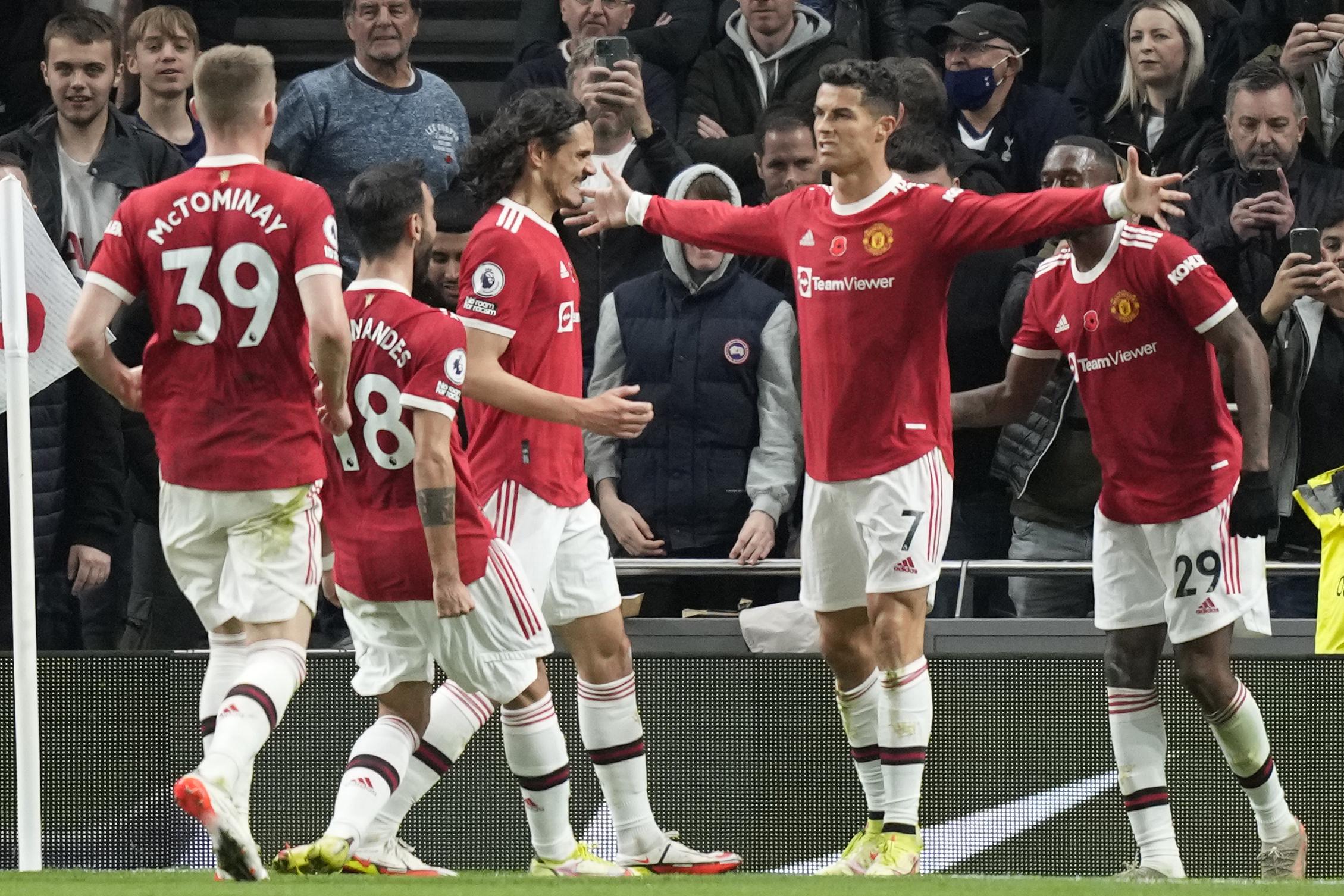 LONDON (AP) — After all those doubts about his future at Manchester United, Ole Gunnar Solskjær achieved what Pep Guardiola and Jürgen Klopp couldn’t do on Saturday: Win in the Premier League.

It just needed United to face a Tottenham side devoid of any attacking ingenuity that allowed Cristiano Ronaldo and Edinson Cavani — with a combined age of 70 — to both score before Marcus Rashford netted.

After collecting one point from four games, the 3-0 win in north London will give Solskjær some breathing space even though United is still eight points from first place.

Rather than Solskjær feeling the heat — United fans were back singing “Ole’s at the wheel” — the Tottenham supporters were booing their team and chanting at manager Nuno Espirito Santo: “You don’t know what you’re doing.”

Chelsea was able to extend its lead at the Premier League summit to three points with a 3-0 win at Newcastle.

Klopp’s second-place Liverpool threw away a two-goal lead to draw 2-2 at home to Brighton.

Defending champion Manchester City is two points further back after Guardiola’s 200th league game in charge of the club ended in a 2-0 home loss to Crystal Palace.

The Arsenal revival continued with a 2-0 win at Leicester putting the north London club behind United on goal difference in sixth place.