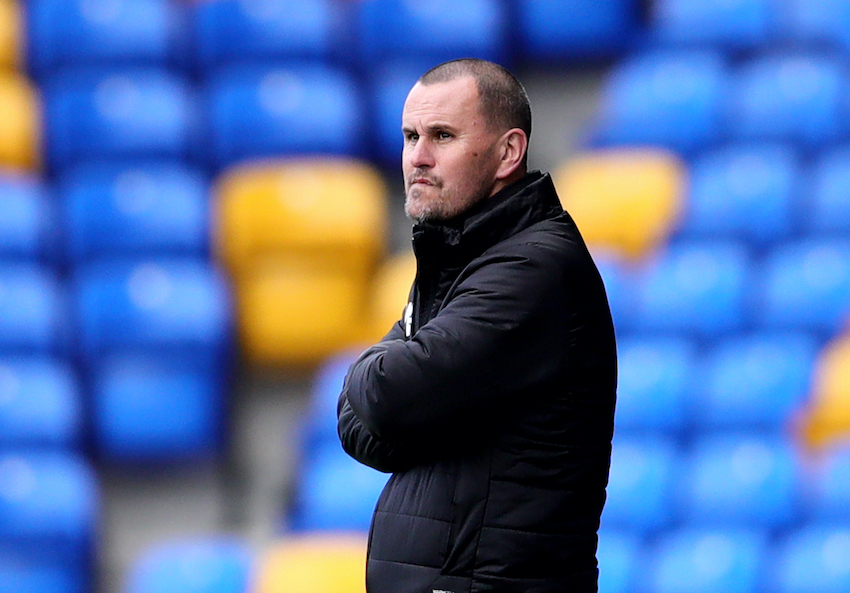 Paul Kalambayi’s own goal and a strike from James McClean – both inside the first 10 minutes of the second half – gave the Latics all three points.

Asked about the start to the second half, Robinson said: “We’ve talked about it. I thought in the first two or three minutes that we were bright and aggressive. I need to look at the goals properly as it’s certainly a problem. You can’t keep coming from a couple of goals behind.

“We’ve got to look at the goals because if we had stayed in the game until 70 or 80 minutes, even though it was not the best of performances, it gives you a chance of winning games against top quality sides.

“At half-time we said, more of the same. If we are going to grow we need to implement our style, but then we conceded two goals so early, which I’ve got to look at. It gave us a mountain to climb and we couldn’t do the same as we did against Sheffield Wednesday.

“They’ve brought in 14 players, including from the Championship, the Scottish Premiership and the top-six in League One. We know what we are, but fundamentally you want to go out there and see where you are.

“In the first half we could look at it and go, okay we are not a million miles away. In the second half it looked slightly different. We looked young and inexperienced but they looked experienced and had quality.

“Football is all about momentum and when you go two goals down it’s always going to be tough when you are playing against a quality side.”

Boxing, knives and curryhouses on the streets of south London – POLITICO