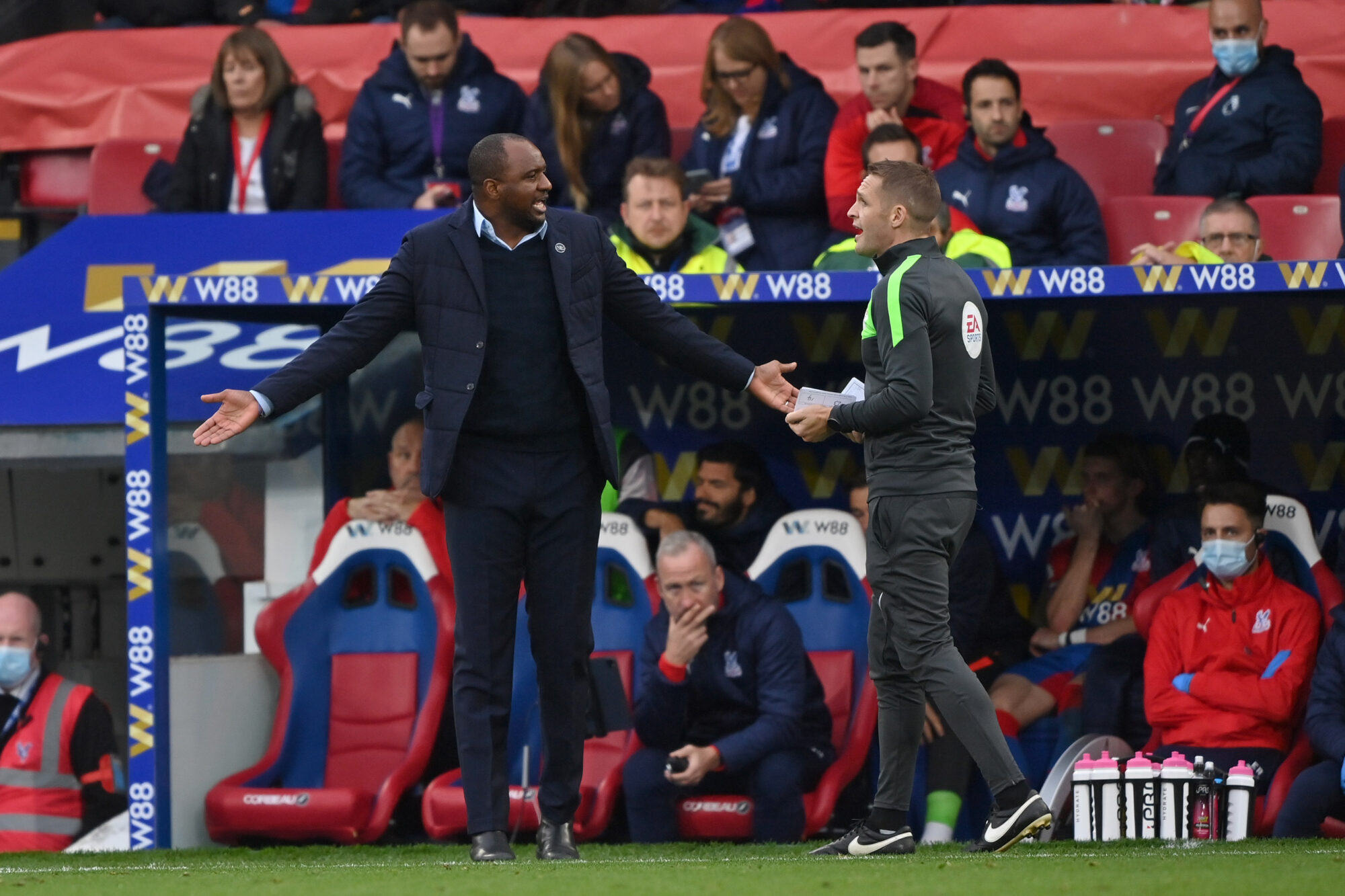 Patrick Vieira has called for his Crystal Palace side to be more clinical after they suffered their fourth straight draw in the Premier League.

The Eagles took the lead in the second half through Christian Benteke but were pegged back by Callum Wilson’s spectacular overhead kick.

But the South Londoners missed a flurry of chances and failed to capitalise on their dominant first-half performance to pick up their second Premier League win under Vieira.

The Eagles had three recognised centre forwards on the pitch during the last five minutes, with Jean-Philippe Mateta, Odsonne Edouard and Benteke all trying to secure Palace the three points.

“It was, of course, frustrating because we did enough to take those three points. We were unlucky to concede the goal the way we did, and on the other side, we need to improve to be more clinical in front of goal as well. We had enough chances to score more than one goal,” said Vieira.

“It’s obviously frustrating. When you play the way we did today, and you look at the number of chances that we created, and at the end, you just get one point. We are frustrated, the players are frustrated, I am frustrated, and I’m sure the fans wanted more.”

Speaking about the chances that his side created against Newcastle, with the Eagles having 14 shots at goal and close to 75% possession throughout the match, Vieira added: “This is the part of the game that we need to improve as well. When you’re looking at the way we played and the way we moved the ball, there are some really interesting things that we are doing game after game.

“When you look at the game today, we had enough chances to score more than one, and we didn’t. We can’t say that we have been unlucky all the time, we have to work on that, and we have to improve. So my responsibility as a manager is to put some things in place that allow us to be stronger.”

Benteke thought he had won the game when he guided James McArthur’s corner back across goal and past Darlow. But referee Darren England ruled the goal out as Marc Guehi was adjudged to have pulled back a Newcastle player inside the box.

“When I went back to the dressing room, I saw the incident, and that was a decision that was maybe too harsh on us. But this was the view of the referee, and we just have to accept it and move on,” said Vieira on the ruled out winner.