An upset diner has hit out after they were handed a £37,000 food and drink bill at the UK’s ‘most expensive’ steak restaurant.

The customer had visited Salt Bae’s restaurant in Knightsbridge, London was left outraged when the eye-popping bill arrived.

The meal for four people cost an eye-watering £37,023.10 in total, with a receipt shared to Snapchat showing the full expense of their indulgence, according to MyLondon.

The guests had visited the first UK steak house by chef Nusret Gökçe on Friday, October 8 – Nusr-Et – which has been widely talked about since it opened last month.

A caption alongside the photo of the shocking receipt, that listed every item the guests had ordered that night, said: “That’s just taking the p**s”.

They had ordered a Golden Tomahawk – an £850 steak covered in gold leaf – and 16 Nusret Baklava’s – a traditional Turkish dessert typically served with Matei Radulescu, a Turkish ice cream – for a total of £400.

Other items included pricey sides such as one sautéed broccoli (£14), a portion of asparagus (£18), three herb-crusted fries (£30) and one side of mashed potato (£12).

But the bill soon added up when the group ordered their drinks.

The picture was posted online, much to the dismay of other readers (Image: Reddit).

The picture of the receipt was shared to Reddit, to the shock and dismay of others.

One responded: “Receipts from this place are just the latest social media flex. I don’t know why anyone should care…”

“I am not sure what I find more scandalous, that this place charges astronomical prices for pub quality menu, or that there are people convinced that this is actually good cuisine,” wrote another. 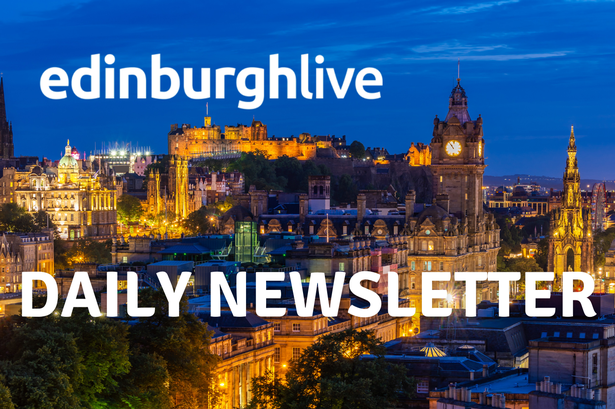 Get all the latest news and headlines from Edinburgh, Fife and the Lothians sent straight to your inbox twice a day by signing up to our free newsletter.

From breaking news to the latest on the coronavirus crisis in Scotland, we’ll have you covered.

The morning newsletter arrives every day before 9am and the evening newsletter, manually curated by the team, is sent at 6.30pm, giving you a round up of the most important stories of the day.

To sign up, simply enter your email address into this link here and select Daily News.

However, one person blamed the diners’ expensive trip out on the wine they ordered.

They said: “You spent £30k of the £37k bill on Petrus. That’s not the restaurant ‘being expensive’ that’s you buying a crazy expensive wine.”

Nusret Gökçe became an internet sensation in 2017 when a video of him seasoning steak by theatrically dropping salt from a height went viral.

The Turkish chef now has 15 Nusr-Et Steakhouse around the globe.