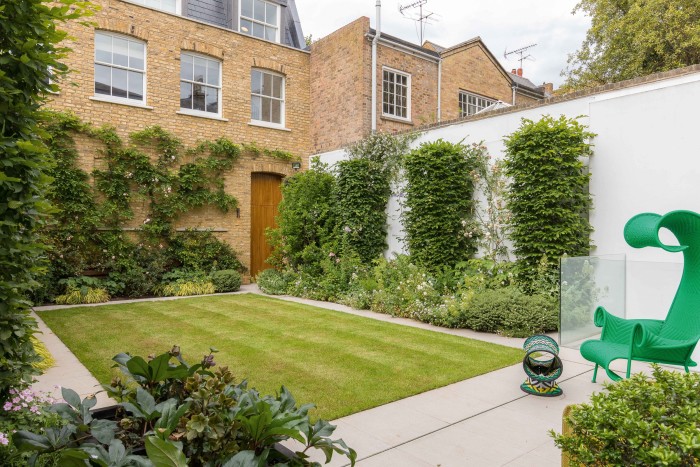 New York and London, two of the world’s greatest cities, were badly hit by the exodus of their richest inhabitants – residents who typically had other homes to flee to. Doom-mongers predicted a long-term catastrophe for these metropolises, but, simply put, they got it wrong.

“People were leaving cities for bigger homes not just in the UK and US, but in Switzerland, Germany and France,” says Liam Bailey, global head of research at Knight Frank. “Country-house demand was strong and cities were underperforming. But the pandemic seems merely to have pushed the pause button.”

A six-bedroom, four-reception room house in Bedford Gardens, on sale through Knight Frank for £24.5m

Data by Knight Frank indicates the top of the market in both cities has bounced back with unexpected energy. In early summer, annual price growth in prime central London began moving upwards for the first time since May 2016, with the number of buyers registering nearly 60 per cent higher than for the same period in 2019. Meanwhile in Manhattan, residential tenants signed almost 10,000 new leases, the highest number since 2008. This spree was reflected in major cities around the world, where, despite the pattern of travel restrictions, wealthy buyers spent nearly $14bn snapping up property in New York, Hong Kong, London, Sydney, Singapore and Dubai.

Bailey feels the resurgence is a good indicator of longer-term growth. “If the wealthy are voting to stay in the cities, that’s a demonstration of confidence in the market,” he says. But he has no difficulty understanding the shift in mood. “Cities rely on connectivity, and if you close the offices, the restaurants and the bars, you lose the point of them. The pandemic was just a blip.”

Of course, this doesn’t mean things haven’t changed: a period of time out has, in many instances, altered buyers’ priorities, with clear shifts in what and where people want to buy. “The lockdowns really focused people on their property,” says Roarie Scarisbrick, partner at Property Vision, an independent adviser to private clients and family trusts buying in the UK. “It’s made them prioritise family and home and, in many cases, conclude ‘I want somewhere bigger and better.’” 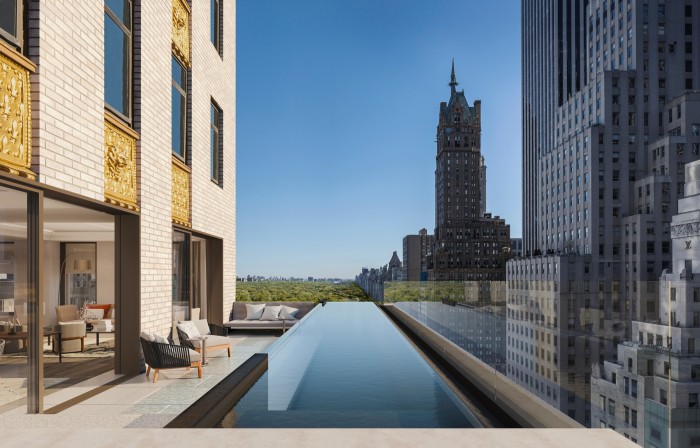 This new perspective has largely translated into an appetite for family houses with plenty of private greenery and space to accommodate working parents and home-schooled children (such as a six-bedroom house in Carlyle Square, Chelsea, on sale at £15.5m through Sotheby’s International Realty). The demand has reversed a decade-long trend favouring concierge-maintained lateral living over personally managed, multi-staired accommodation. “For the past 10 years, flats have been the star performers. This levelling up is perhaps unsurprising,” says Scarisbrick.

In the absence of international travellers, the London market was polarised. “Interest was divided, with most activity in ‘domestic’ locations – like Kensington, Chelsea and Notting Hill – while areas favoured by international buyers such as Mayfair, Belgravia and Knightsbridge remained quieter,” Scarisbrick explains.

Indeed, Kensington (where Knight Frank is selling a six-bedroom, four-reception-room house in Bedford Gardens for £24.5m) and Holland Park, both famed for their leafy streets and namesake parks, accounted for one in eight of all £5m-plus deals in the first quarter of the year. The Whiteley, Queensway – the last link in the luxury chain surrounding Hyde Park – where apartments start at £1.5m © The Whiteley

That said, smaller flats have acquired a new fan base. “The pied-à-terre market – particularly for one-bedroom flats – has seen quite a revival,” says Bailey. “People extended everything to buy the best house they could find in areas such as in Dorset, then realised they still wanted a toehold in London.” This is one of the reasons, perhaps, that flats at Lincoln Square, on the borders of London’s Inns of Court, have found a ready audience. “In May and June, we sold £20m in the development,” says Gabriel York, co-CEO of developers Lodha UK. “It opened in January 2020, and only about 10 of the 221 units remain.” These start at £1.59m, through Knight Frank and CBRE.

In New York, as wealthy homeowners left the city for second homes in the Hamptons, Miami or Aspen, they generally chose not to sell up, merely putting their fine art and fine wine under dust covers while upgrading elsewhere. Others, like purchasers in London, are recalibrating. “Buyers are now hoping to spend three days in the office and four days out, and we’ve seen the rise of the ‘co‑home’, the demand for comparable properties outside the city and within it,” says Scott Durkin, CEO of Douglas Elliman Real Estate. “People are now looking for two-bedroom and larger apartments, with the market between $3m and $10m very strong.”

Both cities, of course, have benefited from what is known by real-estate agents as “realistic” pricing. In prime central London, the political chaos that followed the EU referendum in May 2016 saw average prices fall by up to 21 per cent from their 2014 high. Punitive tax measures for overseas buyers were a further disincentive. These local difficulties, however, seem now to have receded into the background. “We’ve been continually surprised by the market,” says Gabriel York, whose company acquired its first London site in 2013 – he views the city’s future with undimmed optimism. “Every time there’s been a catastrophic event, there’s been an almost immediate rebound in demand.”

Neither London nor New York has, of course, yet seen the full return of international buyers, the cornerstone of the super-prime market in both Manhattan and Mayfair, but the consensus is that when they arrive, they will turn up with chequebooks in hand. “On the basis of calls we’ve had on FaceTime and Zoom, there are many frustrated buyers ready to proceed,” says Scarisbrick.

In many instances, the very rich have grown richer over the past couple of years, and, for most, property remains an essential component of a well-balanced portfolio, with real estate in prime London and New York currently presenting attractive potential. “In terms of its own cycle and in comparison to alternatives around the world, the cost of buying, holding and selling in London puts it somewhere in the middle of international tables,” says Justin Marking, head of global residential at Savills. Both cities, of course, remain appealing for other reasons, offering transparent business practice, personal security, outstanding education and, of course, excitement. “These gateway cities have long-term resilience,” says Jonathan Goldstein, co-founder of privately held real-estate investment firm Cain International, whose $7bn of debt and equity transactions include developments in London, New York, Miami and Los Angeles. “They rebound so quickly, it would be foolish to bet against the market.”

Beyond their relatively bargain prices and enduring social qualities, London and New York’s greatest strength lies in their track record of reinvention. The City of London, for example, has responded to the rebalancing of home and work by announcing plans to convert vacant offices into homes targeted at cultural, creative and tech-led businesses, introducing long-term, low-cost leases.

One of the penthouses (Penthouse Two on sale for $40m; all 157 other units have been sold)

Developers have been equally nimble in addressing shifts in lifestyle, adapting under-production designs to reflect the new demand for outdoor space and work-from-home floorplans. Finchatton, for example, which will be launching sales at The Whiteley, London (apartments starting at £1.5m) – as part of a reinvention of Queensway to transform a neglected patch of west London into a new Marylebone – reworked the design of many of its flats. Its apartments all now have somewhere to work from home, and some have up to 2,000sq ft of outdoor space. Meanwhile Lodha, at its soon-to-launch Holland Park Gate, the redevelopment of the Odeon Cinema on Kensington High Street, expanded its meeting-space provision. “The location is popular with the private-equity industry,” says York, “and there’s a lack of office space in the area, so we’ve created small offices within the building allowing owners to manage from home.”

On-site work and leisure facilities have become must-haves for top-end buyers, some of whom might formerly have relied on hotels, but have decided to take back control – and where possible in luxurious fashion. In New York, Fisher Brothers has worked along this principle and has sold all 157 condominiums in its Tribeca project, 111 Murray Street, bar its two penthouses, one of which is on the market at $40m. “Our buyers want world-class health and wellness and large extensions of their personal living space,” says partner Winston Fisher.

Many of these prerequisites are most effectively delivered by hotel chains, and Jonathan Goldstein believes that partnership with five-star groups such as Aman guarantees the best. The Aman New York, launching this autumn in what was once the Museum of Modern Art at 5th Avenue and 57th Street (POA for the 22 residences, through Douglas Elliman and Knight Frank), will offer access to everything from a hammam to a jazz club. 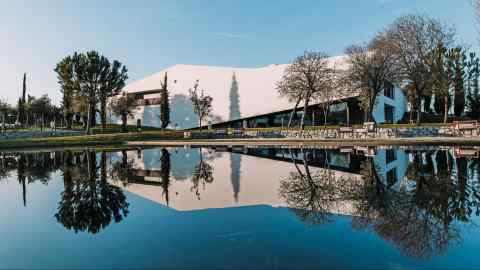 For those who get it just right, there currently seems an unstoppable demand. “At the highest end of the market (over $15m), particularly for property with amenities that allow buyers to achieve a good work-life balance, we’ve seen an inventory shortage we haven’t seen for years,” says Durkin. In London, too, stock shortages have become an unexpected reality, and Savills predict average prime-central London house prices will rise by three per cent this year, and by seven next year.

But it’s the residents who keep cities alive. New York’s 122-year-old department store Bergdorf Goodman recently invited locals to write a love letter to the city as a welcome back to the reopening of museums, theatres and restaurants. One respondent said, “Your glamour is real magic.” That glamour, it appears, is very hard to ignore.