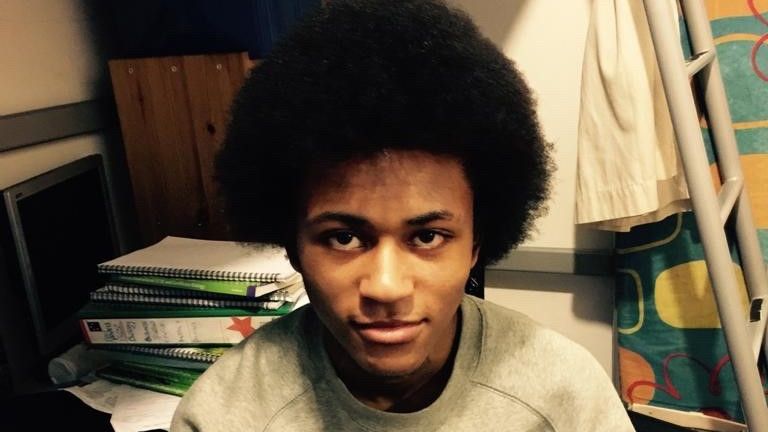 The mother of teenager who was shot dead in the street says her hopes are fading that her son’s killer will ever be caught – and believes police have “prioritised” other murder cases.

Cherie Nedd told Sky News that her 18-year-old son Ethan Nedd-Bruce “was just coming home” when he was attacked outside a chicken shop in southeast London almost three years ago.

Two men arrested on suspicion of murder were later released under investigation – and Ms Nedd has voiced frustration at the “wall of silence” surrounding Ethan’s death.

It comes as the brother of a 20-year-old man who was fatally shot in west London voiced fears that his killer may strike again.

No one has been charged over the murder of Alexander Kareem who was gunned down in June last year, in what police believe was a case of mistaken identity.

While the Metropolitan Police are actively investigating both unconnected killings, two former detectives have spoken to Sky News about the problems that can arise in murder investigations that mean some culprits never face justice.

• The unsolved murder of Ethan Nedd-Bruce 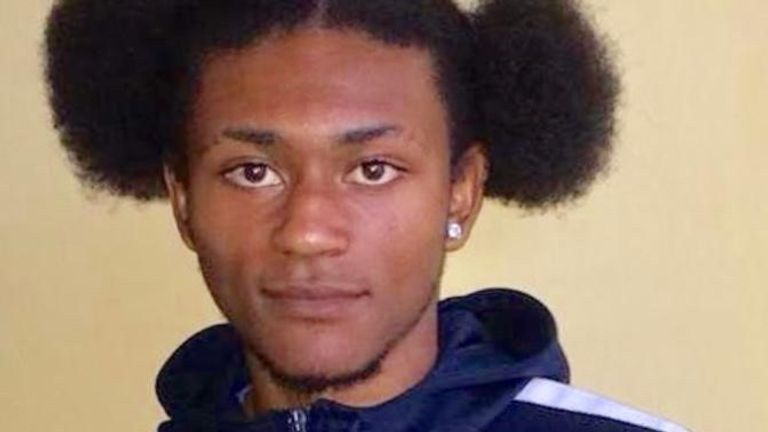 Image:
Ethan was shot dead in October 2018 but no one has been charged with murder. Pic: Cherie Nedd

As she prepares to mark the third anniversary of Ethan’s death, Ms Nedd remembers the moment police informed her that her son had been shot dead.

“It felt like the blood had left my body,” she tells Sky News.

“My knees went weak and I fell to the floor. I was in absolute shock.”

Nearly three years on, Ms Nedd says there has been “no progress” in the investigation.

“For us, it’s been a really painful time,” she says. “I live with that pain every day.

“I feel other cases are prioritised over it.

“There are other murders being solved after Ethan.

“The hope is diminishing.” 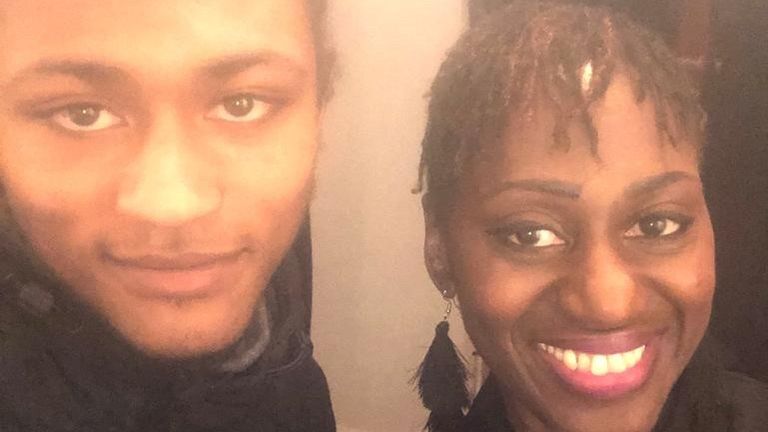 • ‘Young black boys in London – nobody sees their lives as important’

Ms Nedd says police have found the gun used to kill Ethan after he was chased by a gang on a motorbike and in a car.

A Metropolitan Police spokeswoman declined to comment on whether the weapon had been recovered, saying it was “an active murder investigation and we would not release those details”.

The force has described the shooting as a “targeted attack linked to a number of other incidents in the area between two criminal groups”.

However Ms Nedd insists her son was in the “wrong place, at the wrong time”, having recently moved to the area from north London.

She says there was “no retaliation” after he was killed which proves he was not involved in gangs.

Two men, aged 24 and 34, were arrested on suspicion of murder last year but were later released under investigation.

Meanwhile, the Met Police have confirmed that a potential key witness whose image they released last year has not yet been tracked down. 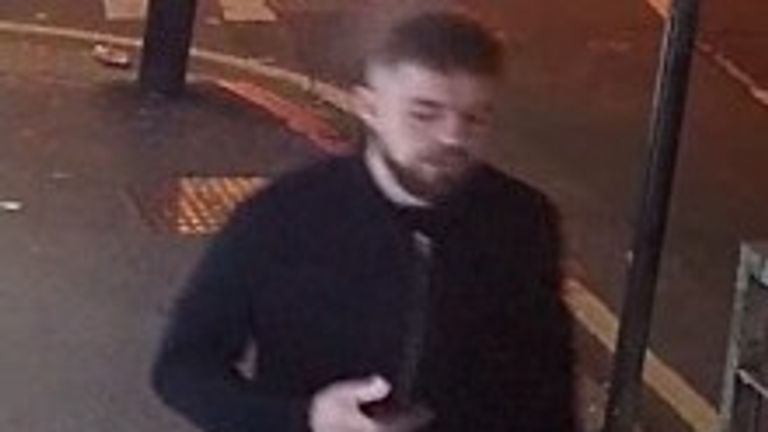 Image:
Police released this image of a potential key witness last year but he has yet to be tracked down. Pic: Met Police

A £20,000 reward is now on offer for information that leads to the conviction of Ethan’s killer.

Ms Nedd says she was told by police there were “no further updates” when she last received information on the progress of the investigation six weeks ago.

“It’s completely frustrating because I know somebody knows something,” she adds.

“More has to be done to get that information and break that wall of silence.”

Ms Nedd says the murder of Sarah Everard in March was quickly solved “and a lot of people got behind that”.

“I don’t see that support for other victims when they’re of a particular demographic, which is really sad,” she adds. 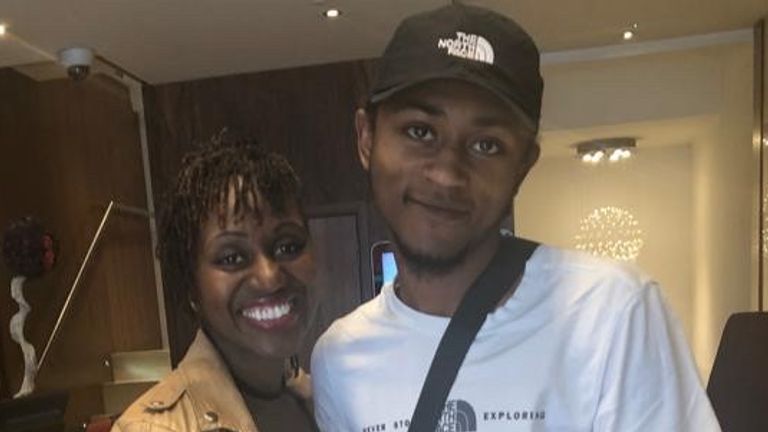 “Young black boys in London – nobody sees their lives as important.

“It tends to be the cases of young black boys, sadly, where the perpetrators are not found.

“Why is that? That’s the question we have to ask.

“People are not up in arms about it.”

• The unsolved murder of Alexander Kareem

Alexander Kareem was murdered as he made his way to a friend’s house in Shepherd’s Bush on 8 June 2020.

It is thought a white Range Rover drove past the 20-year-old and shots were fired from it, with the vehicle later found burned out in Ealing, west London. 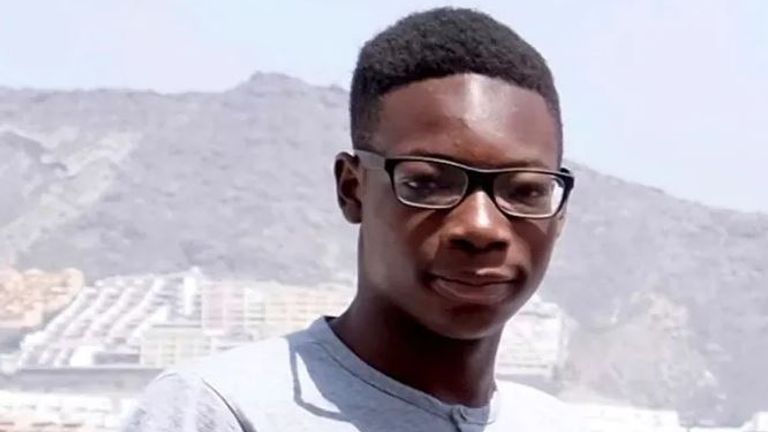 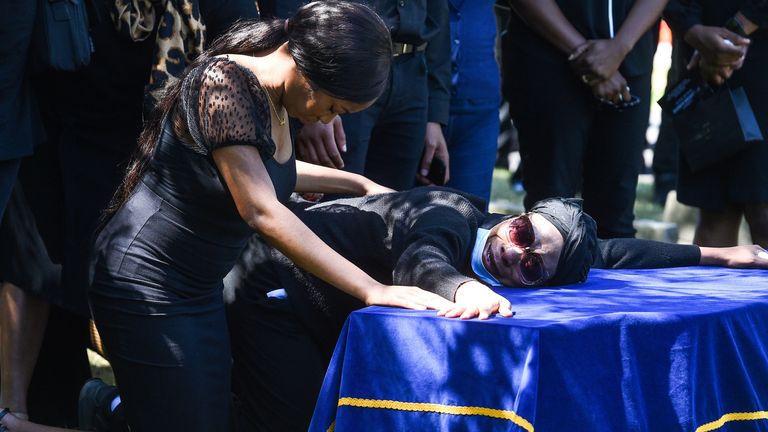 Image:
Alexander’s sister Khafi (left) and mother Victoria during his burial in July

Nine people – including a 16-year-old boy – were arrested over the murder but five were released under investigation and four were freed with no further action.

Alexander’s brother Kabir has now voiced concerns that his brother’s killer remains at large and could murder someone else.

“We need people to come forward,” he tells Sky News.

“There’s a sense of frustration and anger knowing somebody could do that and they’re still out there.

“At the same time, there’s worry that they could do it to someone else. Image:
No one has been charged over Alexander’s murder

“My brother wasn’t the intended target. That just means the target is still out there. They’ll probably go out there to try to kill someone else.

“It’s frustrating and it makes me angry, in a personal sense, as I want justice for my brother.

“You also know there’s someone out there who is willing and able to commit dangerous crimes.”

Mr Kareem says it is “in the back of my mind” that he may unwittingly come into contact with his brother’s killer.

“Because the case has been online and on TV, they’ll probably know who I am – but I won’t know who they are,” he says.

“I’m not going to live my life worried I might bump into people.” 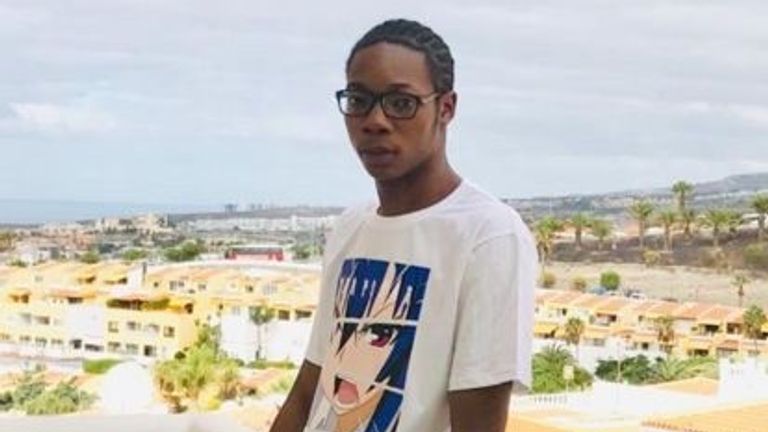 More than a year after his brother’s death, Mr Kareem says he is still “hopeful” that the killer will be caught.

“Whether that will happen is a whole different story,” he adds.

• How can murders go unsolved?

Former Met Police detective Clive Driscoll, who worked as a senior investigator on the Stephen Lawrence case, says a high proportion of murder cases are solved but they can falter for “a variety of reasons”.

“It could be that witnesses are scared to come forward,” the former detective chief inspector tells Sky News.

“People were scared to come forward.”

Mr Driscoll says cases may involve a lack of CCTV evidence or there could be poor quality footage that means officers cannot identify suspects. Meanwhile, a case where the murder weapon is not recovered means forensic evidence is missing, he adds.

“There are many, many reasons why a murder investigation might stall,” Mr Driscoll says.

“Gun crime can be difficult purely because of the fear factor.

“Usually gun crime is connected to serious organised crime. The witnesses could be reluctant to become involved.”

• Which murders are more likely to go unsolved?

He tells Sky News: “There are actually quite a lot of unsolved cases out there – not so many murders, but unsolved cases where police go through all their lines of inquiry and draw a blank for one reason or another.

“The longer it goes on without being able to identify those responsible, the harder it becomes and the less likelihood there is that you are going to be detected.”

“Unless you can identify those people or tie it in with other evidence, on its own it’s not always enough,” the former senior investigating officer adds.

“It’s fair to say anything that involves gangs – where a group of people have been involved and the community knows what happened… but for one reason or another, they are not willing to share that with the police – they are the most challenging.”

However Mr Gibbon believes it is more difficult than ever before for criminals to get away with murder.

“The rate now is higher than it’s ever been in terms of arrests, detention and I would say convictions as well,” he says.

“If you can find the motive, then the person responsible often comes off the back of that.”

• What have the Metropolitan Police said?

In relation to Ethan’s murder, Detective Chief Inspector Richard Leonard, who is leading the investigation, said: “Our thoughts continue to remain with Ethan’s family who we know are heartbroken following the loss of their son.

“We understand that they need answers and we too are still searching for the truth as to what happened on the evening of 22 October 2018.

“We have not given up – this remains an active murder investigation and we would again ask anyone who may be able to assist us to come forward.”

The Met Police told Sky News it is currently actively investigating 280 murders dating back to 1974.

A further 245 cases of homicide – meaning murders or manslaughters – remain open but inactive because all reasonable current lines of inquiry have been investigated, the force added.

“We never close a murder investigation and will review any new information received in relation to these,” a Met Police spokeswoman said.

Last year, the force said it investigated 126 homicides and charges were brought in 121 of those cases.

“Our specialist teams continue to investigate the five remaining cases,” the spokeswoman added.