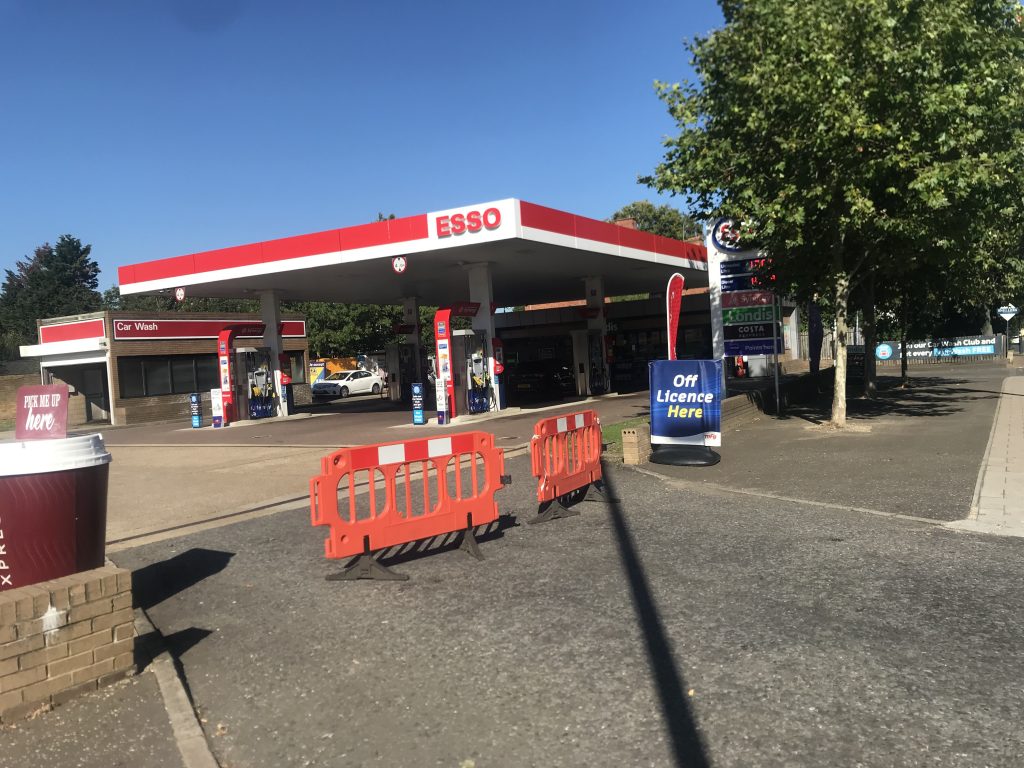 At least 13 BP stations ran out of petrol across South West London today.

Lorry driver shortages prevented deliveries to stations in Clapham, Wimbledon, Croydon and beyond.

And at least three that were fully stocked in the morning ran out of at least one fuel by the afternoon, with some blaming panic buying.

A couple of stations said they were expecting deliveries later today or tomorrow, but the majority did not know when supplies would arrive.

However, the rest of the stations said they did not know when more supplies would arrive when called.

Mitcham Road, Clapham Common, and Beddington stations were fully stocked in the morning, before running out of at least one fuel by the afternoon.

Some stations that remained fully stocked indicated they were very busy, highlighting the risk of further closures.

Esso petrol stations were also affected, with their Staines Road station in Twickenham closing around 14:20 and barriers used to block its entrance.

One motorist there just before the closure said: “I don’t know what to think about it. My brother called me and actually said that something was happening.”

He added he wasn’t worried about the shortages.

Another motorist claimed they didn’t know what was going on, but that their partner had told them to take their van and fill it up with petrol.

Transport Secretary Grants Shapps told motorists to ‘carry on as normal’ this morning, but long queues across the country indicate many don’t want to be left without fuel.

A BP spokesperson explained that they don’t have information available on how they are restoring petrol supply to south west London, due to levels of supply constantly changing.

They said: “We are experiencing some fuel supply issues at some of our retail sites in the UK and unfortunately have therefore seen some sites temporarily close due to a lack of both unleaded and diesel grades.

“These have been caused by some delays in the supply chain which has been impacted by the industry-wide driver shortages across the UK and there are many actions being taken to address the issue.

“We continue to work with our haulier supplier to minimise any future disruption and to ensure efficient and effective deliveries to serve our customers.

“We are prioritising deliveries to sites with largest demand and seeking to minimise the duration of stock outs.

“We apologise for any inconvenience caused.”