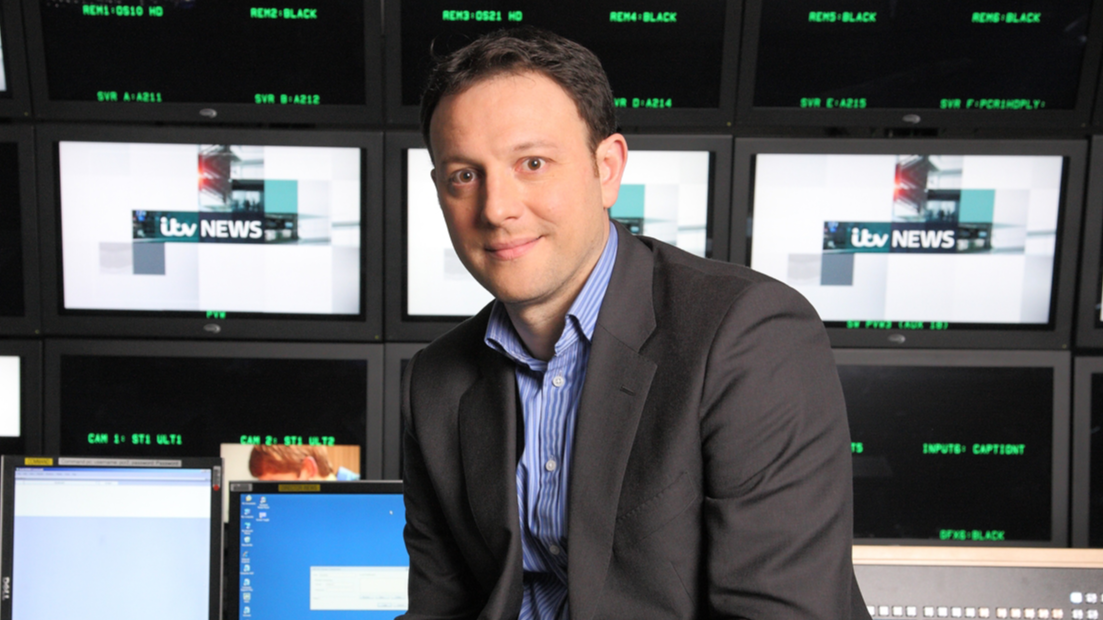 Geoff, whose career in journalism spanned almost 30 years, was diagnosed with leukaemia in 2017. He had been receiving treatment for the disease when he was admitted to hospital in London last week. He died on Thursday surrounded by his family.

Born in London, Geoff began his career in newspapers in the capital before moving to ITV’s regional news programme London Tonight in 1993. He first joined ITV News in 2000, where he stayed for seven years before going onto roles as Editor of Setanta Sports News, Director of Coverage at CNN, and Editor of Channel 5 News.

He returned to ITV News as Editor in 2013, overseeing coverage of major events including reporting the general elections of 2015 and 2017, the Scottish referendum, the EU referendum in 2016 and the election of Donald Trump as US president.

Geoff was diagnosed with leukaemia in September 2017. After temporarily stepping down from his role to focus on treatment, he planned to return full-time as Editor of ITV News in 2020. However, after a relapse, he stood down last September, a decision he told colleagues he made “with deep sadness and regret”.

After stepping down, Geoff focused on raising awareness of leukaemia and supporting others suffering from the condition, fundraising for the charity Cure Leukaemia.

Geoff is survived by his wife Nat, who also works for ITV News, and children Emily, Olivia and Alfie.

Paying tribute to Geoff, Nat said: “I’m sure many of you will join me and his family in being beyond devastated that he has left this world. For what a life he led, and what an impact he made.

Deborah Turness, chief executive of ITN, which produces ITV News, said: “Geoff loved ITN and everything good it stands for and was fiercely proud to be named Editor of ITV News. He once said it was “the proudest moment of my entire working life”.

“He led from the front, with guts and raw energy. His enthusiasm was limitless because he just loved his job. He came to work every day with a big smile on this face.

“He was a force of nature and loved nothing more than to be at the heart of the barely controlled chaos of a breaking news story. He was fizzing with ideas, a human dynamo always ready for action.

“His passion was infectious, which was what made him a great programme maker and an exceptional leader.”

Rachel Corp, Editor of ITV News, said: “Geoff was so much a part of this newsroom and in so many of our lives for so long, and even over the last few years when he hasn’t always been with us in the newsroom, we’ve always felt his presence, as a friend, a colleague, an inspiration to us all.

“For me, whenever I think of Geoff it’s with a huge smile on his face, in the middle of it all, loving the thrill and pace of the day, always excited about what story was breaking, how we were going to get the inside track, the triumph after a brilliant programme. He also always cared deeply about his team, all of us in it together, being the best.”

Michael Jermey, Director of News and Current Affairs for ITV, said: “Geoff was a great journalist, a great enthusiast and a great friend. He loved television journalism and the people who work in it.

“As an editor, Geoff had enormous drive, passion and energy. He led by example and his teams often produced exceptional work as a result.

“Geoff believed responsible, impartial journalism was a force for good. He cared deeply about all the programmes he edited and about the future of journalism. Geoff always wanted to do the right thing, to help people where he could and to take practical actions to make the world a slightly better place.

“We have lost a really good man. I loved working with Geoff and will forever value our friendship.”