Police have been searching for the missing schoolgirl (Picture: GMP)

Fatuma Kadir – who went missing from her home in Bolton in Greater Manchester on Thursday – has been found in London.

The 11-year-old girl was last seen by her parents home but left without their knowledge at around 7.30pm on July 22.

Greater Manchester Police has now confirmed she has been located.

Detective chief inspector Paul Rollinson confirmed the news: ‘We are delighted to confirm that Fatuma Kadir has been found safe and well.

‘She was found in London earlier today so we are now working to reunite her with her parents, who are as you can imagine, incredibly relieved.

‘The last couple of days have been every parent’s worst nightmare, so I know they will agree with me when I say a huge thank you to everyone who has shared our appeal to find Fatuma. Your help has been invaluable, so thank you.

‘We would now ask that their privacy be respected, so they can be together as a family.’

Officers and family became incredible worried after she left as she hadn’t given anyone an ‘indication that she had planned to go anywhere’.

Officers had tried to trace the teenager via CCTV images taken from train stations. 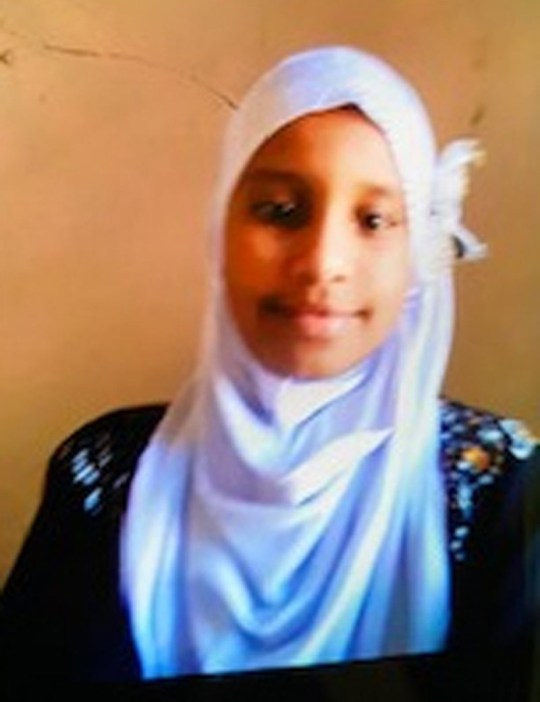 The teenager was captured on CCTV images making her way to London the day after leaving her home (Picture: PA)

She was seen with a man and a woman – believed to have been concerned for her welfare – boarding the 9.27pm train from Manchester Piccadilly to Birmingham New Street the day after she went missing.

She was then seen at London Euston train station at 1.17am alone heading onto Eversholt Street towards Euston Road.

Her parents released a heartbreaking statement on Friday begging her to come home.

They said: ‘We miss you, we want you to come home. We want to at least know you’re safe. You’re not in any trouble. Please contact us or the police.

‘If anyone knows where she is or have seen her, please get in touch with the police.

‘We are in a state of shock. We want to know where she is, who she’s with, but most of all, that she’s safe. Fatuma, please come home.’

Greater Manchester Police are now working to reunite Fatuma with her family.