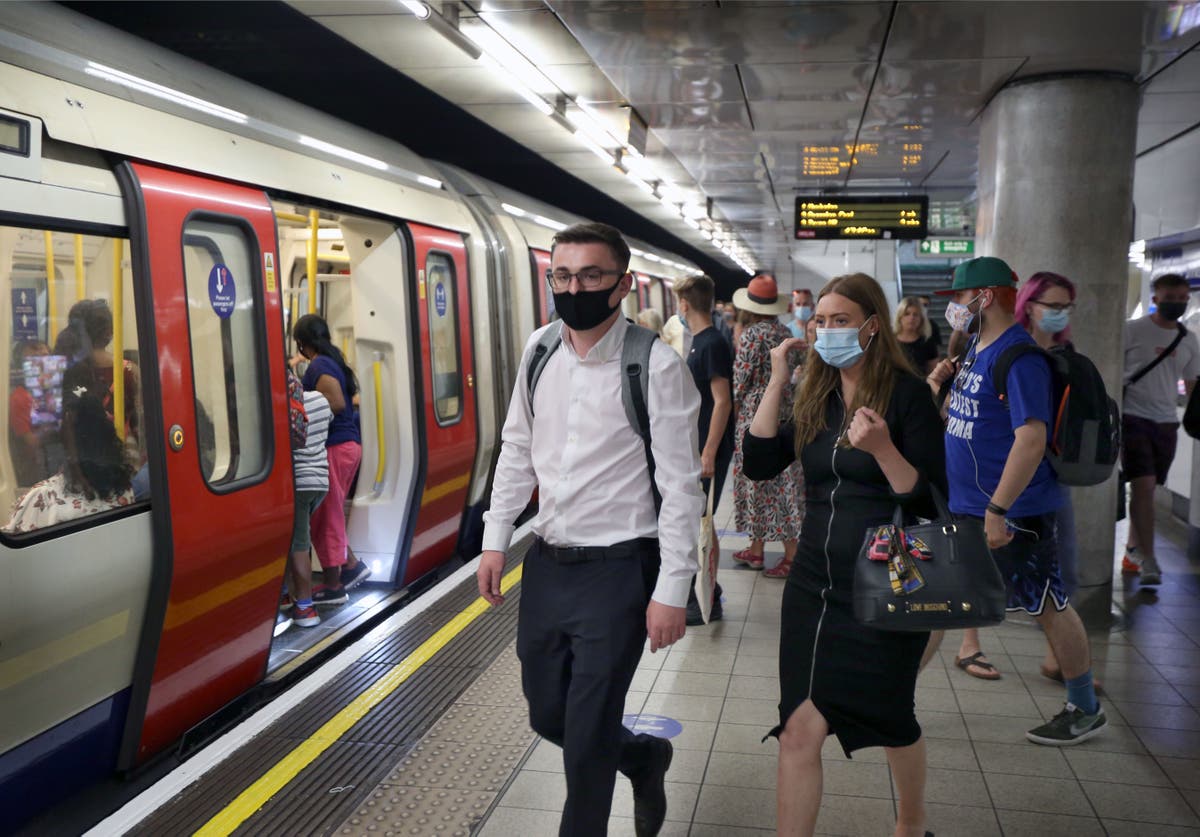 ritons will be told to “keep life moving” in a change in Government messaging this summer, despite mounting concerns about millions being forced to isolate in a pingdemic.

According to The Times the “hands, face, space” slogan will be dropped in favour of “keep life moving”.

It comes as France has announced that public cultural venues and places of leisure that welcome more than 50 people will start checking people’s health pass before allowing them in.

The health pass proves that the bearer has been fully vaccinated against Covid-19, has already had the virus and is considered immune, or has received a negative test result in the past 48 hours. It comes the day after Health Minister Olivier Véran announced 18,000 new infections in 24 hours.

Vaccine passports not ruled out but Yousaf ‘sceptical’ about their use

Mr Yousaf said he would prefer a “positive incentive as opposed to negative incentive” to encourage more young people to come forward and receive the vaccine.

Food supply chains are “starting to fail” because of workers isolating over coronavirus contacts, an industry leader has warned

British Meat Processors Association chief executive Nick Allen criticised “confusing messages” from the Government as he said ministers have not clarified who is applicable to not self-isolating even if they’ve bee pinged by the Covid-app.

“There’s an air of despondency creeping through the industry really. Until now we’ve managed to keep the food supply chain running but there’s a sense of we’re starting to fail on that front,” he told BBC Radio 4’s Today programme.

Asked if production lines are stalling, he said: “They are. It’s happening already. We’re starting to see that at retail level and in restaurants – everyone is struggling to get things out really.”

The meat industry trade body said it cannot rely on the Prime Minister’s new exemption for some fully-vaccinated critical workers because the bar has been set “very, very high”.

The social care system is at a “breaking point,” the chief executive of Care England said.

Professor Martin Green told Times Radio that delays to the decision over how to fund the system was causing a “quite severe impact”.

He said: “It was Tony Blair in 1998 who promised a solution to social care and five prime ministers down, they’ve all promised and they’ve all failed.

“So what we now have because of that is a matter of urgency. And what we see in the social care system is it is literally at a breaking point and there’s not only the issue about how we fund the current system, but also about the enormous amount of unmet need there is out there.”

Later on Wednesday the Care Quality Commission will publish data on coronavirus deaths in each individual care home in England, which Professor Green said he hopes is used “as part of the learning process rather than as part of the finger pointing process”.

British Meat Processors Association has warned that production lines have started to fail due to the number of workers self-isolating over coronavirus contacts.

Chief executive Nick Allen said the industry cannot rely on exemptions announced by Boris Johnson because it has been made clear that very few people will benefit from the plan.

Asked if the Government has made the situation clearer, he told BBC Radio 4’s Today programme: “No not really. There’s an air of despondency creeping through the industry really. Until now we’ve managed to keep the food supply chain running but there’s a sense of we’re starting to fail on that front.

“Morale isn’t helped by the confusion that comes from these confusing messages from Government.”

Asked if production lines are stalling, he said: “They are. It’s happening already. We’re starting to see that at retail level and in restaurants – everyone is struggling to get things out really.”

Passengers from green and amber list countries may no longer face Covid checks when arriving into England, it has been reported.

The change, which the Immigration Services Union (ISU) said came into effect on Monday, is aimed at reducing queue times at airports.

Under the current rules, all passengers into the UK must provide a negative Covid test taken before departure, regardless of where they are travelling from.

During a press conference on Monday, the day clubs reopened for the first time in 16 months, Mr Johnson said proof of a negative test from 18-year-olds and over would no longer be considered sufficient enough for entry for nightclubs from September.

Mr Marks said while he understood the difficulties faced by the Government due to their need to “sail between all the icebergs of different factions” he disagreed with the latest plans.

Arsenal have withdrawn from the Florida Cup and cancelled their pre-season trip to the US after a “small number” of their touring party tested positive for Covid-19.

The Premier League side were scheduled to play Inter Milan in the opening round of the tournament, which also includes Everton and Colombia’s Millonarios.

In a statement announcing their withdrawal, Arsenal did not specify how many members of their touring group tested positive for the virus, nor if any players were among those with a coronavirus diagnosis.

“Following a small number of positive Covid tests among the planned party to travel to America tomorrow, we have sadly been forced to withdraw from the Florida Cup,” the statement read.