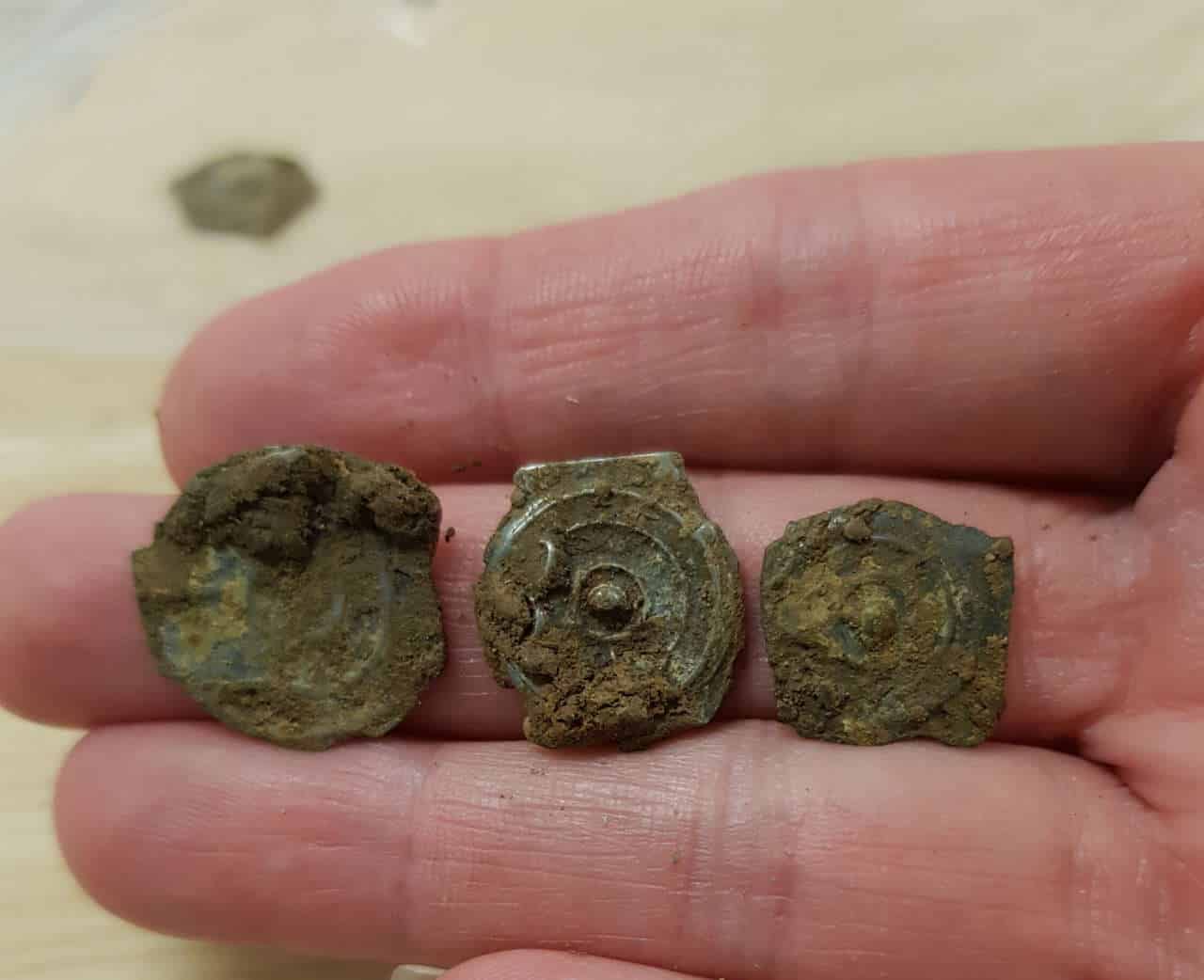 Archaeologists at a HS2 site in Hillingdon have unearthed an incredible hoard of over 300 Iron Age ‘potins’ which are an early coin dating back to the 1st century BC.

The 300 coins are a hugely significant historical discovery and were found during August 2020, with the find likely to be considered as “treasure” under British Law.

The catch has been called ‘The Hillingdon Hoard’ and dates to the late Iron Age which was a time of great change as Romans began to settle in Britain creating Londinium.

The coins feature the left-facing head of Greek god Apollo and a bull charging to the right on the other. It is thought that the potins are based on coins made in Marseille, France approximately 2,175 years ago and that these early coins were likely to have been used throughout northern Europe.

In England, the potins have been linked to Kent, Essex and Hertfordshire. The word ‘potin’ is used due to the base metal, often a silver-like alloy which was used in the coins, usually being a mix of copper, tin and lead.

It is unclear what potins were actually used for during the Iron Age period as the exchange of goods and service along with bartering are considered to be the main way commerce was handled, it is also unknown as to why and where the coins were lost.

Archaeologists who are studying the discovery believe the potins could have marked a boundary to property and could even have been an offering to the Gods. It is not unusual to discover a hoard in what seems to be an isolated location as they may have also been stashed as savings or as an emergency hoard for times of crisis.

The potins that were first produced in Britain are known as Kentish Primary or Thurrock types which were likely to have been made no later than 150BC. Before 100BC these thicker coins were replaced by thinner versions with less detail which are now referred to as Flat Linear types.

Over several decades Flat Linear potins slowly evolved into a differing variety of styles with the image of the bull and the head of Apollo becoming better stylised and it is this period of potin that was found in the Hillingdon Hoard.

Another hoard of a like size was discovered in 2010 and is known as ‘The Sunbury Hoard’, these potins were much earlier in the Iron Age. Potins similar to The Hillingdon Hoard have been found before but never in such large quantities which makes the discovery extremely significant.

The Hillingdon site was going through archaeological excavation and examination lead by HS2’s enabling work contractor Costain Skanska joint venture (CS JV). The archaeologists working on the site were thrilled by making such an incredible and historically significant discovery. The discovery happened following a storm that changed ground conditions revealing a different colour patch of earth which was the site of the coins.

The huge significance of the discovery and a large number of coins meant a local Coroner was alerted and will determine whether the discovery can be called ‘treasure’ after giving consideration specialised evidence with the British Museum. The potins have been sent to Birmingham Museum and Art Gallery to be cleaned and preserved using a process using water and the long thorn from a specific plant. Records have been made and sent to a specialist for further assessment, categorising and cataloguing which will give further information as to their origins and significance.

The oldest archaeology discovered by HS2 in the London area was dated to 11,000 years ago or the Mesolithic or Middle Stone Age. These findings have revealed stone tools and artefacts were at locations that suggest that people were living on the banks of the river which would have provided a good supply of food and water for the hunter-gatherers of the time to utilise. Later HS2 discoveries from the Bronze Age which is around 4,000 years ago show that human activity was still taking place near the river with evidence of cremations and a possible roundhouse.

The hoards value is yet to be determined and its likely future location is also still unknown. Under the Treasure Act, the Coroner will have to assess whether the discovery constitutes ‘Treasure’ and if a museum wishes to acquire the potins. The advice of experts at the British Museum will provide the Coroner with information which they will use to conduct an inquest and provide recommendations for the discovery and also a potential value will be placed on it.

The hoard was discovered on land which was temporarily occupied by HS2 and they are not making any claim to the hoard. Under the Treasure Act, the archaeologists who made the find are not entitled to a share of the reward, however, there is no doubt that the significance of the discovery is a treasure in its own right.

HS2 have designed an approach to archaeological work with Historic England to be sure that the site was carefully and thoroughly examined, to find, protect and explore any important archaeology before building work begins.

HS2 will be taking part in the Festival of Archaeology 2021 which started on Monday the 19th of July with a series of webinars being held which members of the public are invited to book onto to find out more about the Hillingdon Hoard and other fascinating discoveries.

HS2’s Head of Heritage, Helen Wass said: “At HS2 we are not only building for the future, we are also preserving the past. This is an exciting find for our team of archaeologists and provides us with more information about how our ancestors lived and settled in London. HS2’s unprecedented archaeological programme has enabled us to tell the stories of our history and leave a lasting legacy for future generations.”

Emma Tetlow, now working as Historic Environment Lead for HS2’s main works contractor Skanska Costain STRABAG joint venture said: “We were coming to the end of our archaeological work on the site when we found a patch of soil that was a very different colour from what it would be expected to be. The patch of soil was dark greeny-blue which suggests oxidized metal, and when we checked more closely, we could see loosely packed metal discs. This is a once in a lifetime find, and allows us to expand our knowledge of what life could have been like in Hillingdon many centuries ago.”

Duncan Wilson, Historic England Chief Executive, said: “They say that money talks so what can this unexpected discovery tell us? It takes us back to the tumultuous time of Julius Caesar’s conquest of Gaul. Reaching Britain in 55 and 54 BC he observed the locals using ‘bronze’ coins, an innovation they had adopted not long before through cross-channel migration and trade. Hoards like this are now protected by law so that they can be studied to learn more about how these early coins were used, and perhaps shed light on why they came to be hidden in a seemingly remote place. Extensive projects like HS2 will always bring about

‘It looked like a bomb site’: Twin sisters left devastated after flat is destroyed in London floods

England Euro 2020 stars to receive freedom of their London boroughs