New Balance start the new year as they wish to go on with a special edition boot for one of football’s rising stars. Unveiling a limited edition pair of Furon v7s for Arsenal and England superstar Bukayo Saka, with the heart of the design paying tribute to the winger’s connection with West London.

Hailing from Ealing, England’s young lion was nominated for the freedom of the Borough after a series of dazzling displays on the European stage last summer.

In vibrant red, Saka’s Furon v7 Signature Edition is a tribute to the area he grew up in and how that has helped shape the person he is today.

A decorative baroque oak leaf print adorns the upper of both boots, inspired by the Ealing coat of arms. The words ‘Unity’ and Progress’ feature in striking silver hues, which sparkles against the red colourway. Saka’s love of his home in West London is once again signified on the insole, which has a unique key to the city graphic motif. 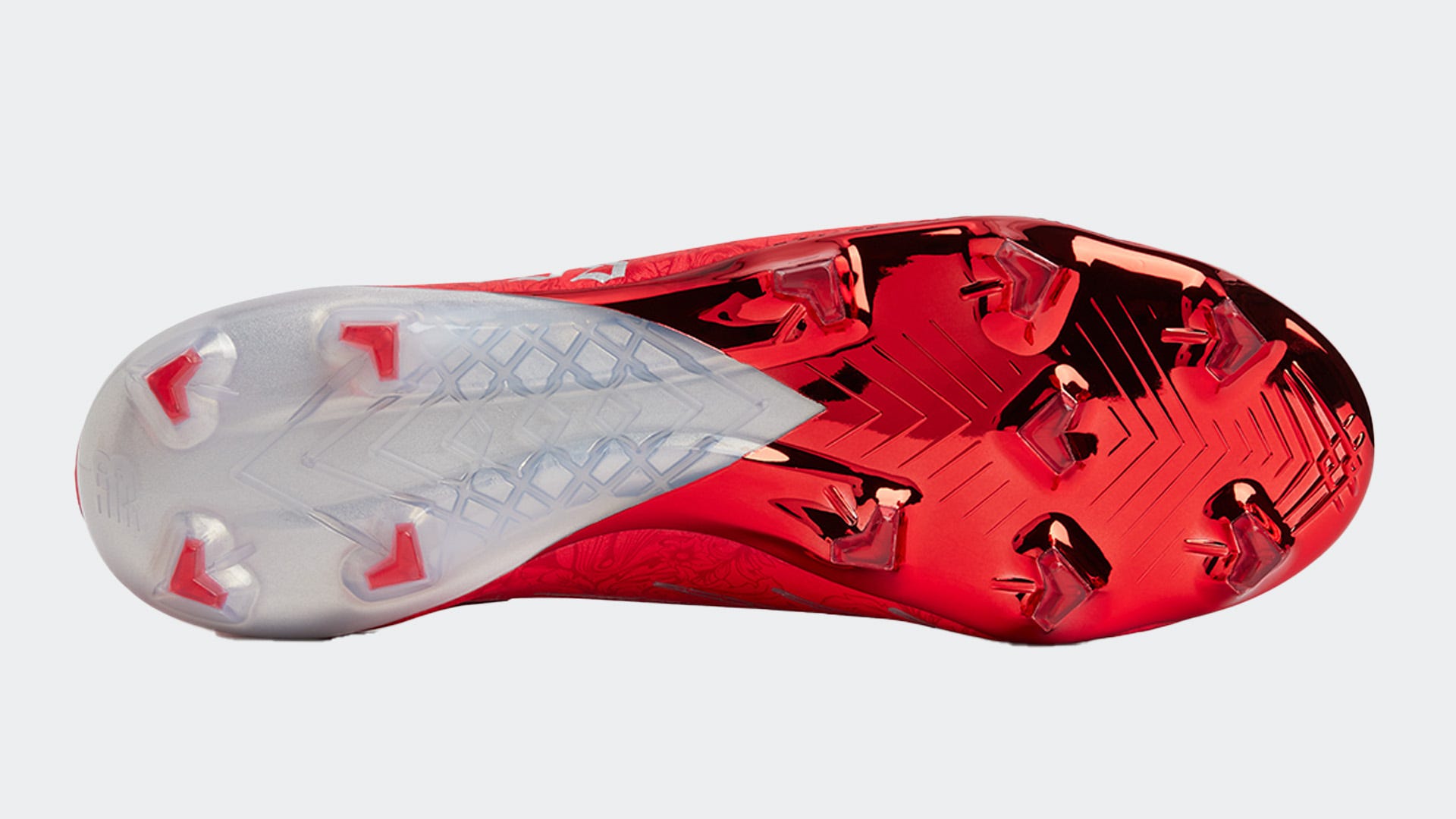 Speaking about the inspiration behind the boot design, Saka said: “I am so proud to have grown up in Ealing. Everyone from West knows what it means to represent our side of London, it’s a special feeling. It feels unreal to have a boot that so many people will be able to relate to, it truly is a dream come true”. 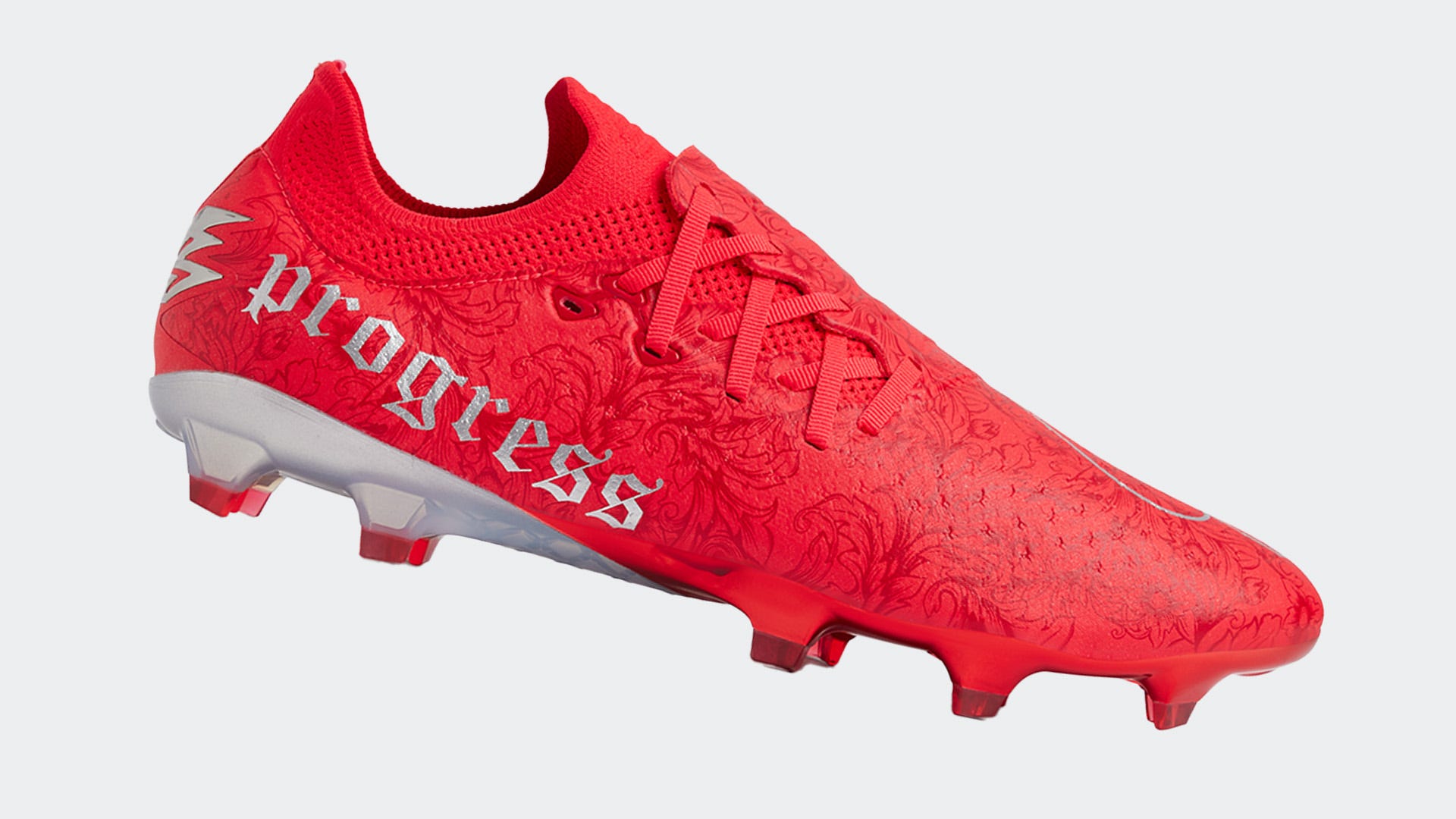 New Balance Head of Global Football Sports Marketing, Andrew McGarty, added, “when we partner with an athlete, it is really important for us to be able to show an important piece of who they are off the pitch.

“When we signed Bukayo, we worked with his family to be a part of the campaign, and this boot further honours his extended family from West London and the support they have always had for him.“