Three of the criminals were jailed for sex offences, including rape and a man who sexually assaulted a woman in her sleep.

Other offences that saw their perpetrators jailed included the racially aggravated assault of stewards at an England game and man who left his partner in a coma by beating her with a frying pan.

We have summarised the offences which took place below.

Darrel Rose had already been jailed for the rape of one victim was found guilty of attacking a further two women, causing him to receive a life sentence.

The serial rapist of no fixed address, formerly New Addington, “treated both victims in a derogatory and degrading way” and “was both emotionally and physically abusive” during the span of attacks.

Rose, 36, was sentenced on December 5 at Croydon Crown Court, following a three-week trial.

Rose has been sentenced to life imprisonment with a minimum of 18 years.

The court heard how on September 5, 2021, the victim, aged in her 20s, was asleep at home when she woke to discover a man sexually assaulting her.

Recalling the incident, the victim said: “Someone coming into your house in the middle of the night and touching you in such an intimate way is something that you think will never happen to you.

“My home is my sanctuary, I felt safe there and he has taken that away from me.”

Jack Scotter was jailed for 13 months after spitting and beating stewards and police officers at an England game in Wembley (Image: Met Police)

Jack Scotter, 27, was jailed for 13 months after racially aggravating and assaulting stewards and police officers at an England match in Wembley.

The Plumstead man was intoxicated and removed from the England v Switzerland game on March 26.

Once outside, he “racially abused stewards and assaulted four of them by punching, kicking, head-butting and spitting”, Scotland Yard said.

He appeared on bail at Harrow Crown Court on December 9, when he pleaded guilty to four counts of racially aggravated common assault and two counts of assaulting an emergency worker and was subsequently sentenced.

At 7.45pm on March 26, a 15-year-old girl was sat waiting for a train at Dover Priory station when she was approached by Maxim Rowan-Moy, 32, of Eglinton Hill in Plumstead.

Rowan-Moy plied the teenager with alcohol and then subjected her to a prolonged sexual assault onboard a train to Rochester.

On December 13 he was sentenced to 30 months in jail and handed a five-year Sexual Harm Prevention Order as well as being ordered to sign the Sex Offenders Register for 10 years.

Sebastian Birzu, 23, hit the victim with the frying pan but then claimed she had been injured after falling and banging her head on a radiator (Image: Kent Police)

Sebastian Birzu, from Dartford, was jailed for four years after he violently beat his partner with a frying pan, leaving her in a six-day long coma.

Birzu appeared before Woolwich Crown Court and pleaded not guilty but was convicted following a trial and sentenced on December 13 to four years in prison.

Birzu and the woman were in a relationship, and during the morning of Saturday, March 19, he attacked her.

Richard Todd, of Foxberry Road, was sentenced at Woolwich Crown Court on Monday, December 19 to five years in jail after threatening bailiffs with a gun which he later pointed at police officers in his south east London home. 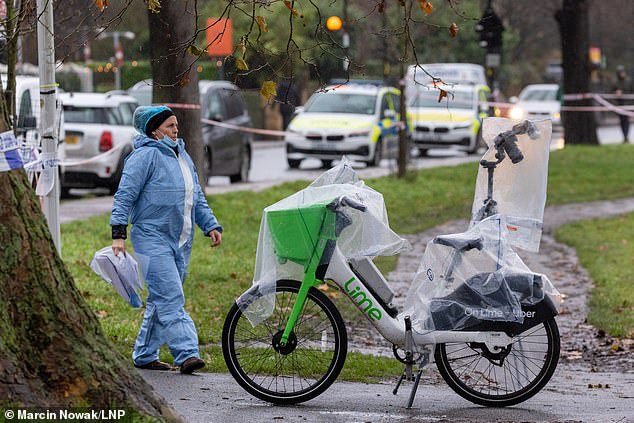 Man, 29, is found stabbed to death in south London park – as police launch hunt for attacker

The banks across south London that permantely closed in 2022