Cyclists riding in popular areas on the edge of Greater London where it meets Surrey and Kent are being warned to be vigilant following reports that bike thieves are heading out of the capital to target riders, with women riding alone often the victim.

Telegraph.co.uk reports that Cycling UK has raised concerns that cyclists in the countryside may fall victim to muggers looking to steal their bikes, attracted by the potential profits to be made balanced against the

According to the charity, which says that the is the Metropolitan Police Service, Kent Police and Surrey Police are all aware of the growing problem, criminals may be using Strava and other fitness tracking apps to identify their targets.

There have been a number of high-profile incidents in areas of London including Bermondsey and Richmond in which cyclists have been robbed of their bikes, with the thieves often threatening their victims with machetes and using mopeds to make good their escape.

However, recent months have also seen a rise in reported incidents in Surrey and Kent, hugely popular destinations for many cyclists in south London particularly at weekends, with local clubs regularly riding there on club runs – and several have warned their members not to ride alone where possible.

Duncan Dollimore, head of campaigns at Cycling UK, told the Telegraph that he believes the thieves are attracted towards stealing high-end bikes because the potential money to be made from selling them on far outweighs the chances of getting caught.

“It is possibly perceived as a low risk crime if the numbers of people being caught are so low,” he explained. “It may be seen as a high reward, low risk crime.”

He continued: “There have been increasing concerns about people cycling out of London to the Kent and Surrey hills who have been victims of muggings or robbery. There are a limited number of routes where people would cycle out of London.

“Somebody has posted on Strava what they are doing on their ride. The criminals will know it is someone on a £3,000 to £4,000 carbon fibre bike who has unwittingly signposted the fact that they are likely to be heading out to Kent or the Surrey Hills. It is on the police’s radar.”

In June this year, former Scottish road race champion Jennifer George said she believed that lone female cyclists are being targeted by thieves following two separate incidents in which she was approached by men, the first time involving a pair on a motorbike, the second involving two on mopeds.

In the first incident, which happened near Oxted, Surrey in April, the pair on the motorbike drove directly at George, who managed to escape and took refuge in a nearby café. The incident left the 39 year old shaken up, and she avoided riding alone for several weeks.

Then, in June, as she was cycling just across the border with Kent, close to Sevenoaks, she was intimidated by a pair of men on mopeds who slowed down as though checking out her bike, drove off, then returned shortly afterwards.

The pair rode off again after George rang the doorbell of a nearby house, but no-one was in and she hid in the garden for half an hour in case the men returned.

In April, two men on a scooter pinned a female cyclist to the ground in Warlingham, Surrey – a couple of miles north of Oxted – while they stole her bike.

The same month saw South London-based Dulwich Paragon Cycling Club warn its members that women riding on their own were being targeted after what it described as “ a number of incidents involving cyclists on the club run route being threatened or attacked by people on motorbikes or mopeds.”

In July, a road.cc reader who is a member of Penge Cycling Club spoke of how two men on motorbikes and wearing balaclavas threatened to stab him if he did not hand over his bike, a 2022 S-Works Tarmac SL7, as he was heading through West Wickham in the London Borough of Bromley, a popular route for cyclists heading out of the capital into the hills of Kent and Surrey.

He told us: “Two men on bikes went past me. One electric motocross-style and one superbike replica 125cc bike with a loud exhaust. They pulled into a side road, let me ride past them and then came after me.

“They swerved in front of the bike to box me in and stop me. I managed to turn around and sprint off. They came after me again, rode alongside and said, you have two options, you give us the bike or we stab you, then they boxed me in again. I did not see a knife so this may have just been a threat.

“At that point a car turned up that I shouted at to get them to stop and then a group of riders also turned up and the guys on motorbikes fled,” he added. The victims of fatal stabbings in south east London in 2022 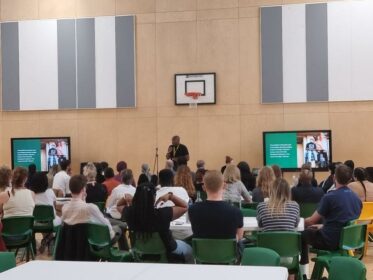