By Ffion Haf For Mailonline

The Metropolitan Police have announced that they have worked alongside Safer Spaces, a charity that works to prevent sexual harassment and violence at events and festivals.

Women and girls will be provided with the ‘safe spaces’ if they feel unsafe at any point during the London New Year’s Eve fireworks celebrations.

The designated safe spaces will be will be located along Duncannon Street, near Trafalgar Square.

At these spaces, women and girls can go for protection, if they are in need of advice, or wish to speak to someone.

Specially trained professionals from safeguarding backgrounds and the police will be present in the ‘safe zone’ site.

Although the spaces have been described as ‘gendered-focused’, they will be inclusive for anyone with concerns and those who seek help will be supported.

The announcement follows many scandals that have lessened women’s trust that they will remain safe in the hands of the police force.

These include the murder of Sarah Everard by Wayne Couzens, a serving police officer in the Met, in March 2021, and the conviction of two officers for sharing photographs of murdered sisters Nicole Smallman and Bibaa Henry in June 2020. 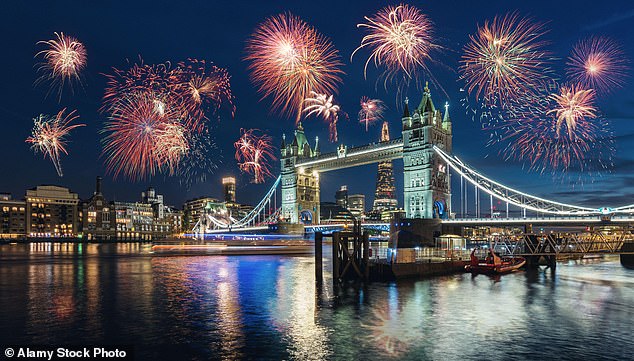 The designated safe spaces will be will be located along Duncannon Street, near Trafalgar Square

The initiative also comes at a time when the Home Office has recently been accused by the Labour Party of breaking a pledge to tackle violence against women.

Thousands of Met officers will be on duty on Saturday across London boroughs. Additional resourcing will also be in place in central London.

Commander Karen Findlay, who will be leading the New Year’s Eve operation, said: ‘Plans have been carefully considered and we are delighted to be working with our trusted partners in preparation for a return to another fantastic New Year’s Eve in London.

‘We will have officers out in every pocket of London on hand to help, they are going to be working hard with stewarding partners to ensure safety is a priority. So please come and speak to us if you need our support or spot something that doesn’t look right. 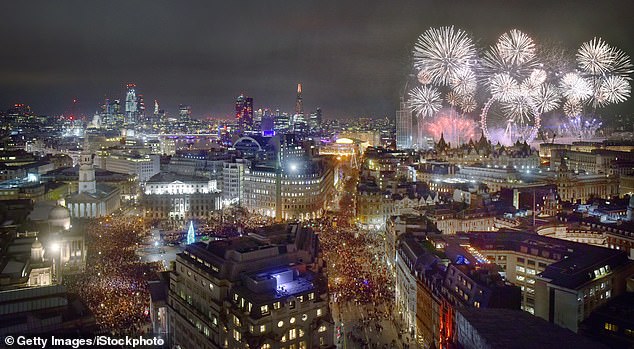 Commander Karen Findlay said: ‘We will have officers out in every pocket of London on hand to help, they are going to be working hard with stewarding partners to ensure safety is a priority’

‘We want to be able to take the necessary and appropriate action at an early stage to manage any concerns.’

The police reminds people to remain vigilant when out and about during the celebrations and to report any suspicious behaviour to officers.

People are to be reminded that the firework display is a ticketed event, which people can watch along the Victoria Embankment. Those without a ticket will not be permitted entrance.