It’s a crisp, sunny Monday lunchtime in late October and a spontaneous round of applause has erupted from the astroturf pitches above Hoxton’s Britannia Leisure Centre.

For the past hour or so, a low hum of excitable chatter has been punctuated only by the periodic thwack of footballs against walls. Forty-odd amateur players, from a host of local women’s teams, stand around doing keep-ups and taking turns to fire off shots at a goalkeeper on the far end of the pitch. But now Lioness Chloe Kelly is here, giving a meek wave as she steps onto the turf, and everyone is cheering like it’s July 31 all over again.

Five months earlier, the reaction of even the most ardent of women’s football fans to the arrival of the England forward might have been a little more muted. But that was before 23 million Brits tuned in to watch her punt the ball over the line in the 110th minute of extra time at this summer’s Women’s Euros Final, securing the Lionesses’ first ever major trophy in front of a record-breaking Wembley crowd.

That was before her instantly iconic celebration – pausing just long enough to check that the goal would stand before whipping off her shirt and helicoptering it overhead, sports bra on full display – or an equally memorable post-match interview where she ran off with the microphone mid-sentence to join her teammates in an ecstatic rendition of ‘Sweet Caroline’.

In short, that was before the 24-year-old from Ealing became a household name literally overnight.

Coming out of her cage

Cage football is a big deal in London. The enclosed concrete pitches are the beating hearts of the city’s housing estates, places where kids congregate at all hours of the day and night to show off their skills in small-sided games, whooping and yelling every time someone pulls off an improbable dribble or an audacious nutmeg. Cage football is where most of the impressively large cohort of current London-born Premier League players cut their teeth, not to mention England legends like Alex Scott and Rio Ferdinand.

And it’s the cage – one specific cage, on Southall’s Windmill Park Estate – where Chloe Kelly’s journey to European Champion began, with countless hours spent playing street football with her five older brothers. ‘I think my game is the way it is today, because of learning my trade that way rather than being coached,’ she explains. ‘When you play cage football there’s not many rules, it’s just go and be free and enjoy yourself and because there’s so many people on that pitch you have to use your skill to get out of certain situations, but it’s very physical at the same time, you’re getting bounced off the cage fence,’ she says, miming being slammed off the wall.

‘Now, when I look at my career, I think I wouldn’t have been the player I am without those moments in the cages with my brothers being tough on me. I go there sometimes when I come home to see kids playing and it brings back so many memories, just walking past.’

West London to the world

She might play her football in Manchester these days, but Chloe Kelly is west London through and through. Raised as an avid supporter of local Championship side Queen’s Park Rangers, it was the west London club’s crest that she was draped in when the BBC’s Rachel Brown-Finnis finally managed to drag her back for the second part of that post-victory interview, and the club’s home ground, Loftus Road, where she received a hero’s welcome on the opening day of the Premier League season, a week after scoring the goal that she described as her ‘Bobby Zamora moment’.

But it’s also at her childhood club’s academy that she took her first steps towards a professional career. ‘My first game was at Loftus Road, so that was really special for me and my family,’ she remembers. ‘But I knew I had to take a step forward in my career and challenge myself more so I moved to Middlesex under 12s for one season and then I moved to Arsenal’. 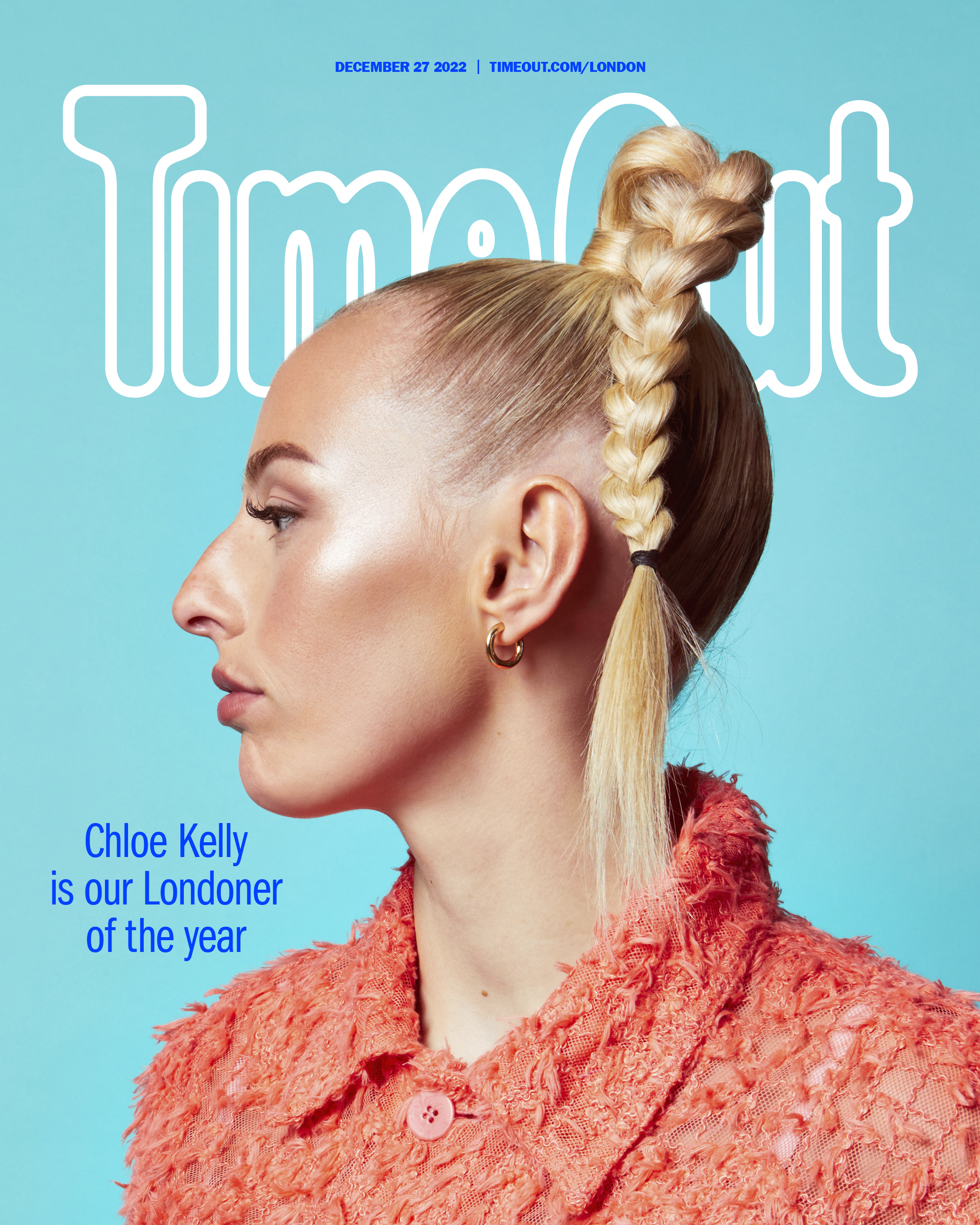 Breaking into the senior squad of English football’s most successful women’s team was quite the challenge. ‘There were so many great players in that team, the likes of Kelly Smith and Rachel Yankee. Kelly was my idol growing up so to share the pitch of her was incredible and I was learning so much. But it got to a point in my career where I had to be playing football and sitting on the bench was frustrating. So that’s when I made the move up north.’

I always remember where I come from. London’s my roots. Even though I’ve been up north for so long, it’s always home.

‘I was so, so homesick,’ Chloe says of her move to Everton, ‘but I knew that was what I needed to do to get where I am today.’ And while she’s now swapped Merseyside for Man City, she’s still a Londoner at heart.  ‘I always remember where I come from. London’s my roots. Even though I’ve been up north for so long, it’s always home.’

After all, not many people can say that a London bus route has been named after them, a rare privilege that was bestowed on Chloe back in September when the number 92 from Ealing to Brent was christened in her honour. ‘I used to get the 92 from my house to Wembley to go and watch games,’ she recalls. ‘When I think about young girls like me seeing my name on the bus…it’s amazing.’

It’s not always easy, being a newly minted national treasure. By the time we sit down for our chat – sequestered in a tiny staff room somewhere in the bowels of the Leisure Centre – Chloe must have signed at least three dozen autographs and posed for as many selfies over the course of a hectic day that saw her rise bright and early the morning after a league victory against Liverpool to make it today’s shoot. Another impromptu meet and greet with a handful of the venue’s enraptured staff will follow before the country’s new Patron Saint of Sports Bras is bundled into a taxi back up north. 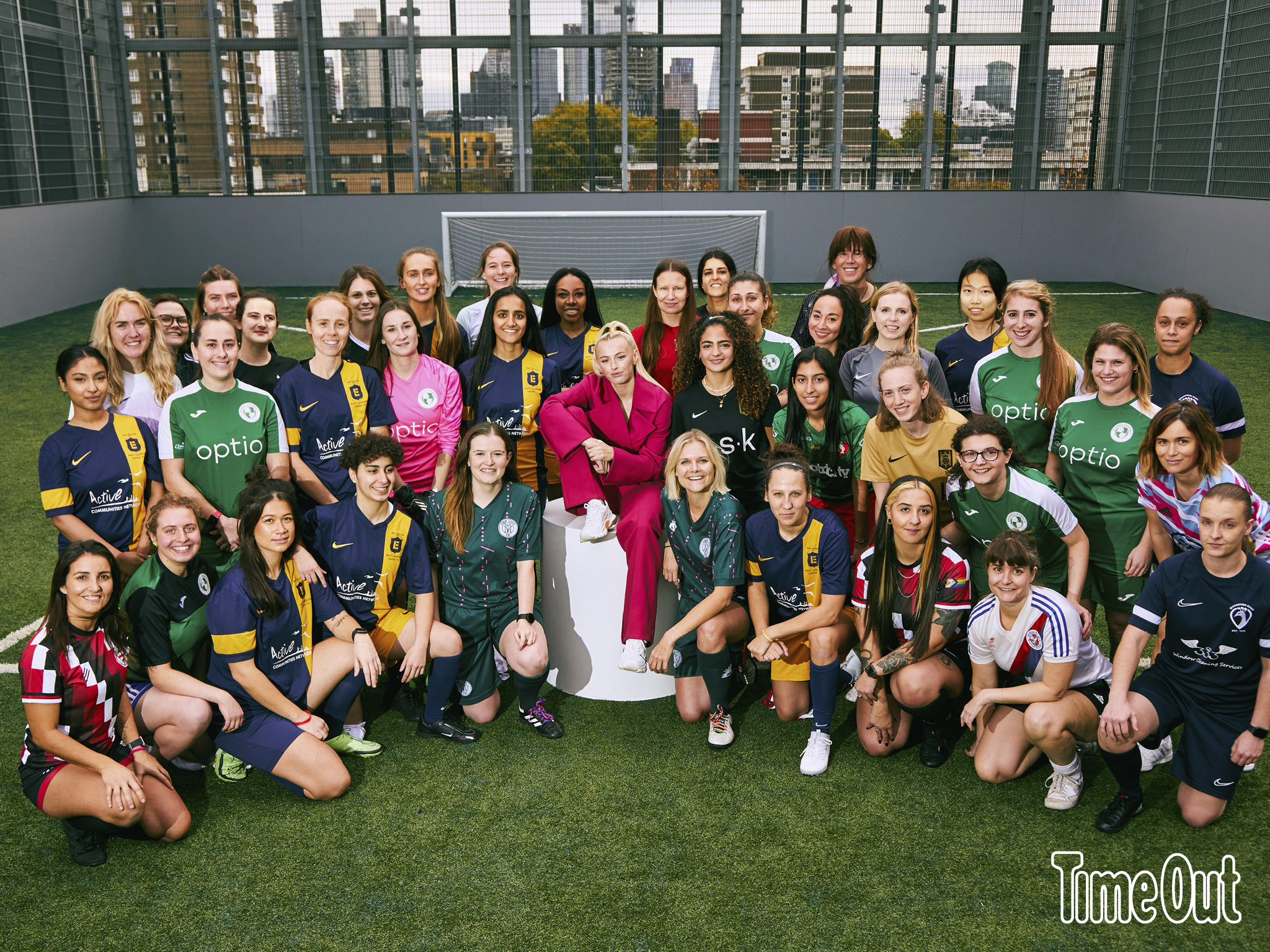 You get the sense that sort of thing happens just about everywhere she goes now. Take a recent night out with her England teammates in Manchester. ‘I’m on the way to meet the girls for team bonding and this car of women starts screaming out the window at me,’ she says. ‘So I’m dancing and waving at them, and then I look and I’m like “Wait, that wasn’t my teammates.” I was really embarrassed, like, “How the hell do they know who I am?” And I think that’s when I realised that things have changed so much.’

And changed they most certainly have; the Lionesses’ victory has already inspired a dramatic uptick in interest in women’s football. Attendance figures for the Women’s Super League are up 50 percent on last season, and a new record was set in September when 47,000 fans watched the North London Derby at the Emirates. At-home audience figures are similarly encouraging, with Sky reporting that average audiences for WSL games have doubled in the same time.

Now it’s about keeping our foot on the gas. It’s a great opportunity for everyone involved in women’s sport to push forward.

It’s overwhelmingly positive news for the future of the women’s game, but this is just the beginning. ‘Throughout the tournament Jill Scott kept saying “Something’s happening, something’s happening!” And it did, it was a special summer,’ Chloe says. ‘But now it’s about keeping our foot on the gas. It’s a great opportunity for everyone involved in women’s sport to push forward, but as soon as we take our foot off the gas it’s easy for everyone else to switch off.’

For Chloe, that means ensuring that the next generation of potential Euros winners is nurtured properly. It’s clearly a subject that the European champions are passionate about, with the squad having written a letter to the incumbent Prime Minister in the aftermath of their victory, calling on the government to support in ensuring that ‘every young girl in the nation’ is allowed to play football at school. ‘If we allow them the opportunity to play and give them the best possible chance, then there are many moments like the Euros that they can experience too,’ Chloe says. ‘But they need the opportunity to play first.’

The future certainly looks bright for women’s football in this country, but so does the present. Having breezed through their final round of qualifiers in the autumn, the Lionesses will travel to Australia next summer to compete in the 2023 Women’s World Cup. 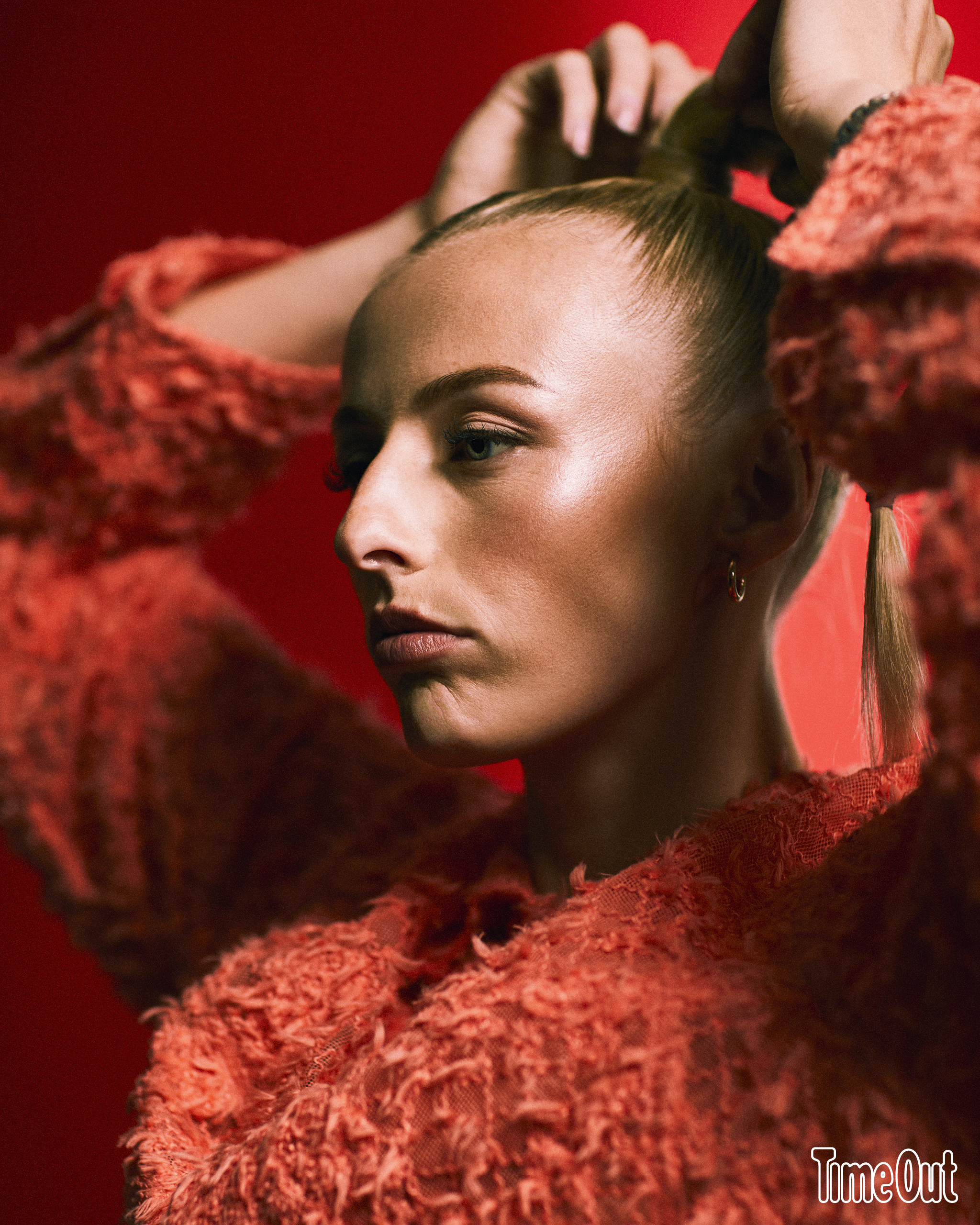 It’s an even bigger challenge for the European champions, but one that they’re excited to face, especially after coming out on top against a dominant USA team who currently hold the title. ‘It’s great to see where we’re at as a group against top opposition,’ Chloe says of that recent sold out friendly at Wembley. ‘I’m really driven and I want to achieve great things. The feeling of one medal around your neck is amazing but it just makes you want more success.’

For now, that historic first medal is tucked safely away in her underwear drawer at home. And as for the sports bra? ‘I’m getting it framed.’