A woman who claims she was raped by the lawyer husband of tennis ace Anne Keothavong is a ‘preacher of drama’ who has ‘convinced herself of her own truth’, a court heard today.

Andrew Bretherton, 49, is accused of raping the woman, who cannot be named for legal reasons, at his flat in Kensington, south west London, in May 2008.

The woman told police she thought she would die during the alleged attack.

Bretherton, who married the former British No 1 tennis star in 2015, denies two counts of rape.

Andrew Bretherton, 49,pictured outside Inner London Crown Court, is accused of raping the woman, who cannot be named for legal reasons, at his flat in Kensington, south west London, in May 2008 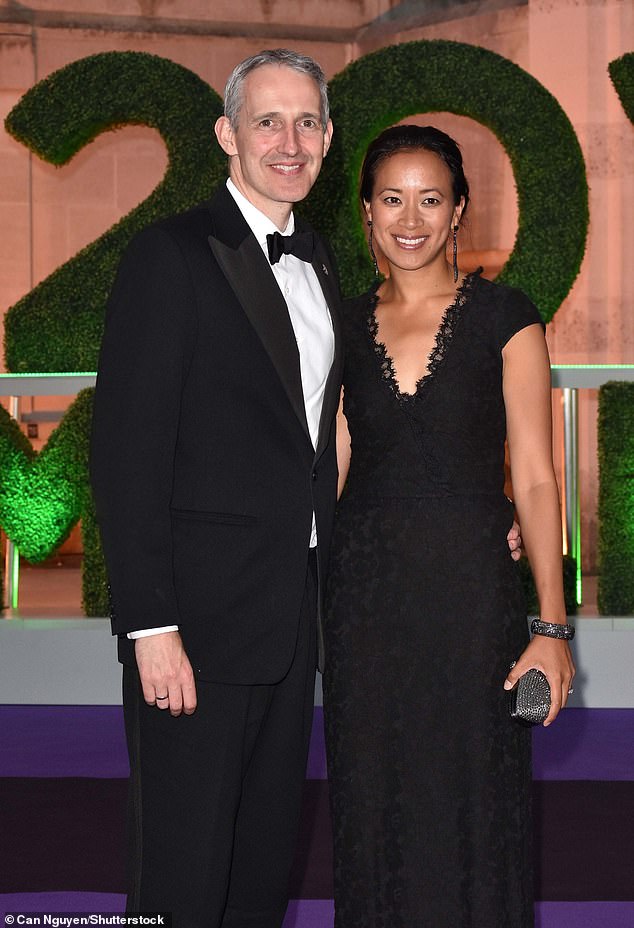 He claims the alleged victim was consenting.

During cross-examination, his lawyer Sarah Forshaw KC told jurors there were too many inconsistencies in the alleged victim’s account for them to be sure that she was telling the truth.

The woman first made a formal complaint to police naming Bretherton in 2018, more than 10 years after the alleged rape.

Ms Forshaw KC said ‘common sense’ should make jurors question why she did not immediately report it to police.

The court heard she told a rape crisis centre in 2008 that she had agreed to take her trousers off, but told police 10 years later that he had ripped them off.

It is also claimed she had changed her account from saying she had been slapped by him on the buttock to slapped on the thigh as she ‘knew’ the crisis centre reports would show the injury was on her thigh.

She reported the alleged attack in October 2008 but hesitated to press charges on three occasions before agreeing to be interviewed by police the following month.

The court was also told she had at one point said she felt ‘bullied’ into pressing charges by police officers, and had been ‘interrogated’ and ‘made to feel like the perpetrator’ by cops.

Earlier in the trial, jurors were told the alleged victim became interested in taking the case further after reading about a civil suit Harvey Weinstein was facing in Britain.

She denies this and said she had already spent three years researching how she could take the case forward.

The November 2017 piece on the Deadline Hollywood showbiz site said £300,000 could be paid out to a woman who had sued Weinstein.

Bretherton’s alleged victim contacted Jill Greenfield, a partner at London law firm Fieldfisher, about how her own case and asked for advice.

They had discussions, but Ms Greenfield advised her it was unlikely a civil claim would be successful because there was not enough evidence, jurors were told.

The court was also told she initially refused to give police access to certain material such as her therapists records.

Mrs Forshaw KC told jurors: ‘You will want to consider whether she is a person who has the ability to dramatise a perfectly ordinary accident. 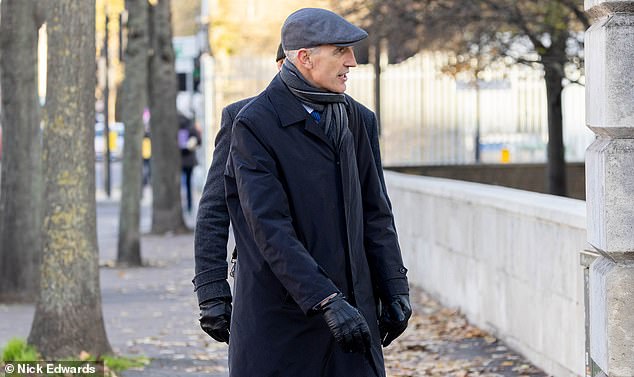 Earlier in the trial, jurors were told the alleged victim became interested in taking the case further after reading about a civil suit Harvey Weinstein was facing in Britain

‘There is no room for her to be the sort of person who is quite flamboyant and dramatic and has re-written things so they are more sensational.

‘Of course there are stereotypes but if this had happened in the way she says it did you would say ‘get out of my way, you have just raped me.’

‘She said ‘that is not something to start with somebody (before leaving his flat).’

‘What you do before you spend five days sitting on it, for you are actually quite a dramatic and flamboyant person, is you actually tell somebody and go to the police and say you have been raped. It is five days before she says that.

‘I know about stereotypes but if you think somebody is trying to murder you, you scream like there is no tomorrow.

‘She has grown to convince herself of her own truth and her own interpretation of what actually happened which is far less sensational, far less dramatic and thoroughly embarrassing.’

Brian O’Neill KC, prosecuting, said the alleged victim had given a ‘broadly consistent’ account of the alleged attack.

He told jurors: ‘Quite why she waited as long as she did until she made a formal complaint to the police is something to which you will wish to give careful consideration.

‘Is it or may it be because she is anxious to secure a criminal conviction before pursuing a civil claim for damages, or can you be sure that this is simply a case of her finally being emboldened to come forward?

‘Her repeated refusal to give the police access to various material such as her therapists records might be because she had something to hide as has been suggested to you by the defence or might be nothing more than a legitimate desire to protect her privacy and prevent strangers from looking through irrelevant personal material.

‘This case is not easy and cases of this type never are. The issues are classic ones for a jury as they are one person’s word against another with no supporting witnesses to support the account.

‘That does not mean she is not telling the truth.

‘That doesn’t mean that you can’t convict on her word and her word alone.

‘If you are sure she has told you the truth it would be your duty to convict.

‘That might be a sad duty to have to discharge as you have heard he is a good and decent man.

‘On that night fourteen and a half years ago he was not being a straightforward and boring lover, nor the kind and respectful man as mentioned in another character reference, nor the generous lover in the bedroom as described by his wife.

‘That night in his bedroom something switched in Andrew Bretherton. He raped the victim.’

Judge Jane Rowley is expected to sum up the case tomorrow for jurors before they retire to consider their verdict.