A controversial street name is set to be changed following a racism row and named instead after a local London legend.

Black Boy Lane in South Tottenham is to be changed following concerns raised by residents that the name had racist connotations and ‘was a source of ongoing hurt for black people in the area.

A public consultation led to the update from Haringey Council yesterday morning, December 7.

The street is set to be renamed La Rose Lane in January 2023 after the black publisher and poet John La Rose, to mark his struggle for social justice. 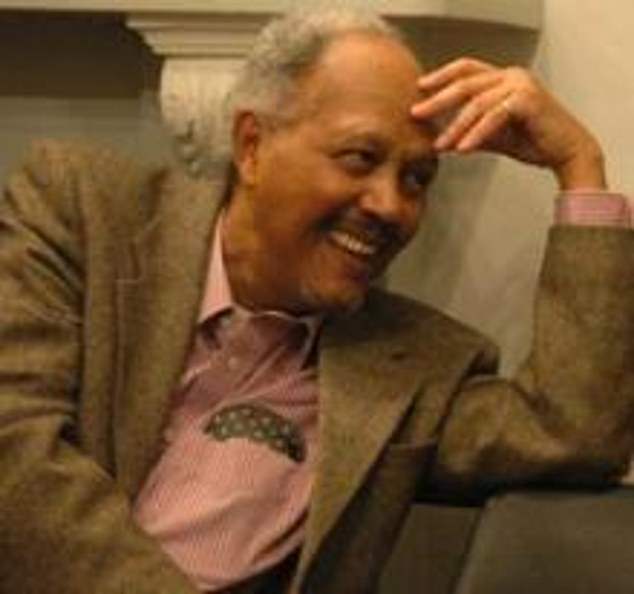 The street is set to be renamed La Rose Lane in January 2023 after the black publisher and poet John La Rose (pictured), to mark his struggle for social justice

‘John made such a huge contribution to black life both here in Haringey and across the UK and played an important role in gaining recognition for black authors and artists, as well as championing inclusive education.’

Cllr Ahmet added: ‘I understand that this is a decision which has generated passionate responses.

‘Several rounds of consultation were held, and I know that the corporate committee took the full range of views into consideration when deciding to change the name of the road. 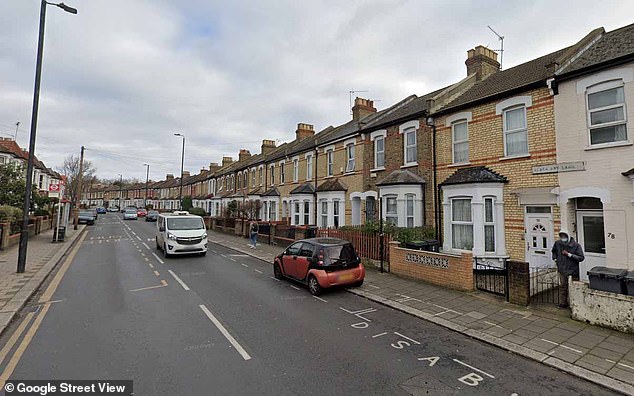 In the statement, leader of Haringey Council, Cllr Peray Ahmet, said: ‘I’m delighted that we’re able to pay tribute to John La Rose with a new street name. John made such a huge contribution to black life both here in Haringey and across the UK and played an important role in gaining recognition for black authors and artists, as well as championing inclusive education’

‘It is time now to move forward with this.

‘While every effort is being made to ensure the transition is as smooth as possible, we recognise the name change will cause some disruption for residents, so I’m pleased that we’re able to make a £300 voluntary payment to affected households.

Who was John La Rose?

Along with the Jamaican writer and broadcaster Andrew Salkey and the Barbadian poet and historian Kamau Brathwaite, La Rose co-founded the Caribbean Artists Movement in the same year, providing a platform for Caribbean artists, poets, writers, dramatists, actors and musicians.

He was also involved in the Black Education Movement from the 1960s.

In 1969, he founded the George Padmore Supplementary School for West Indian children.

After a black schoolboy was assaulted by the police in Haringey in 1975, John La Rose and concerned parents founded the Black Parents Movement to combat the brutalisation and criminalisation of young blacks, and to agitate for youth and parent power and decent education.

In allience with others, it became the most powerful cultural and political movement organised by black people in Britian.

In response to the rise in fascism and xenophobia, La Rose helped to found European Action for Racial Equality and Social Justice, bringing together anti-racists and anti-fascists from Belgium, Italy, France and Germany.

One of his greatest achievements was the International Book Fair of Radical Black and Third World Books (1982-95), which he solely directed from 1984.

He was also the editor at New Beacon Books and of their journal, New Beacon Review, and published two volumes of his own poetry, Foundations (1966) and Eyelets of Truth Within Me (1992).

‘Our officers will be out and about in the area over the coming weeks providing practical support to residents who need it.

‘I also want to be clear that this is just one small part of the work that we must do to ensure Haringey is a place where everyone feels welcome and included.

‘I look forward to working with residents and communities on this important mission in the months and years to come.’

House numbers and postcodes will not be affected, and organisations including the Royal Mail will continue to recognise the old name of the street for a transitional period to minimise inconvenience for residents.

Renaldo La Rose, grandson of John La Rose, said: ‘John’s family are really proud that John’s life and work is to be recognised by having a road named after him.

‘John’s work was of national and international significance but much of it started here in Haringey.

‘We hope that through having his name memorialised in this way we will bring the message of his work – the urgent need for race equality and justice – to a new audience.’

The other option, which residents did not opt for was Jocelyn Barrow Lane, which was paying homage to Dame Jocelyn Anita Barrow DBE, who was a British educator, community activist and politician known for setting up the Campaign Against Racial Discrimination.

The lane likely took its name from the Black Boy pub nearby.

Evidence from 1690 provides the first documented reference to the name of Black Boy pub, according to information the Bruce Castle Museum provided to a curious local last year.

In the half-yearly rental list of pubs in the area, there are two listings for the name ‘Black Boy’, which is likely there because publicans had to apply to the Manor Court for a licence to serve ale.

1690 seems likely to be when the pub first appears near to or on the unnamed lane formerly known as Black Boy Lane.

There is no general consensus as to where the origin of the name ‘Black Boy’ for pubs comes from.

Pubs with the name begin to appear in records around the country from about 300-350 years ago, although the oldest known pub with this name in England dates back to the 16th century.

There are strong associations connecting this name to the slave trade, but there are other suggestions, including reference to King Charles II being known as ‘Black Boy’.