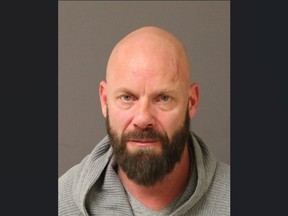 London police issued a public safety warning Friday about a former officer who spent two-thirds of his career suspended from duty before resigning last year.

The safety alert was sent out a day after Steve Williams, already facing eight charges for alleged offences involving two different women, was released from custody after being slapped with additional charges including sexual assault with choking from allegations involving a third woman.

Police released a mugshot of William, 46, and included a half-dozen of the aliases they say he uses on dating and social media websites.

“Investigators believe that there may be additional victims and we are asking anyone who has any information about this investigation, including other incidents, to please contact us,” police spokesperson Const. Sandasha Bough said.

The latest charges against Williams include uttering threats to cause death, sexual assault, two counts of sexual assault with choking and sexual assault causing bodily harm. The alleged offences involve the same woman, whose identity is protected under a publication ban, and stem from incidents between Oct. 28 and Nov. 12, according to court documents.

Williams was arrested Thursday and released from custody the same day. He returns to court on Dec. 22. 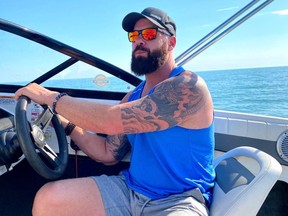 The head of the London Abused Women’s Centre applauded police for issuing the public safety warning, but also raised concerns about Williams being released on bail after the latest charges.

“It’s scary for women, especially women who have experienced sexual assault before,” executive director Jennifer Dunn said. “Women feel generally, overall, unsafe when these types of stories come out and you have the extra layer that he was a police officer.”

The court imposed bail conditions on Williams requiring him to live with his surety and not leave the home between 9 p.m. and 6 a.m. except for medical reasons, going to work or when accompanied by his surety. He’s also not allowed to contact the three female complainants or go near them or possess any weapons, court documents say.

The charges stem from allegations between May 1 and Nov. 18 involving two female complainants, neither of whom can be identified under publication bans.

Police on Friday provided a physical description of Williams – a white man with blue eyes, about six-foot-one, 230 pounds with a muscular build, shaved head and full beard – and listed some of his aliases: Will Stevenson, Will Stephens, Will S. Will, Where there is a Will there is a way and Will Si.

Williams, a tool-and-die maker by training who became a police officer in his late 30s, resigned from the force last year after spending four years suspended with pay while battling criminal and professional misconduct charges. Police chiefs in Ontario don’t have the authority to withhold pay from suspended officers.

Williams, who shares a name with the city’s police chief but isn’t related, was first suspended in November 2017 after London police charged him with sexual assault for an alleged off-duty incident involving an ex-girlfriend and harassment. Waterloo Regional police charged Williams one month later with two counts of criminal harassment, being unlawfully in a dwelling and making a harassing phone call for allegations involving a different ex-girlfriend.

Williams was charged with breaching his bail condition multiple times – spending a week in jail after one breach – before pleading guilty on March 25, 2019, to making a harassing phone call and two counts of breaching his release conditions. He was given a conditional discharge that included 12 months probation but spared him a criminal record, while the other charges were withdrawn.

But he remained suspended while facing dozens of charges under the Police Services Act (PSA), the law governing policing in Ontario under which departments hold disciplinary hearings into professional misconduct. 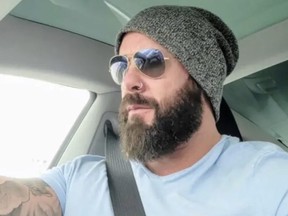 In August 2019, Williams was docked six days’ pay after pleading guilty to three professional misconduct charges. A tribunal heard how Williams inserted himself into a criminal probe involving a close friend, ordering bail checks on the friend’s estranged wife and running unauthorized background checks on her.

Williams was facing another multi-part PSA hearing related to his criminal case when he walked out of the tribunal without telling anybody on Oct. 21, 2021, and submitted his resignation later that day.