Kay was brought to tears on the opening night of his first live comedy tour in 12 years last Friday – the first in a lengthy arena tour spanning from December to late 2023.

For the last four years before the shows had kicked off, the 49-year-old had been largely absent from the public eye.

In 2017, he sparked headlines when he cancelled his last 14-month tour at short notice due to “unforeseen family circumstances”.

He announced the extra shows on BBC Radio on Thursday. 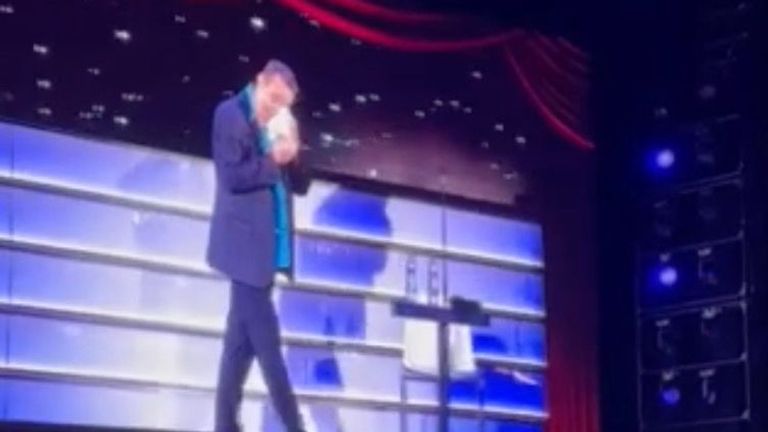 He said: “First of all, I want to say thanks to everyone who’s bought tickets to my tour, and I really do appreciate it.

Tickets will go on sale this Sunday from 10am for shows in cities including Newcastle, Leeds, Manchester, Sheffield, Birmingham, Glasgow and a 28th night at London’s O2 Arena.

O2 was forced to apologise after its priority ticket website offering customers early access to the first tranche of the Phenix Nights star’s tour tickets crashed due to “extraordinary demand”.

As part of the gig series, Kay will be performing a monthly residency at London’s O2 Arena, the first artist in the world to do so.

In 2010, Kay gained the Guinness World Record for the biggest-selling run of all time – playing to a total of 1.2 million people.