Hill will deliver 239 homes within the first phase which gained detailed approval. Outline plans for an additional 756 homes will be built over future phases.

Work is set to begin in Spring 2023 with consultation on future phases starting later that year.

The first homes are expected to be complete from 2025, with the final development completion expected in 2030.

The location was originally purchased by the Mayor of London using some of his £250m Land Fund to acquire land to deliver more affordable homes for Londoners.

Catalyst was selected by the Mayor to develop the site in late 2020. 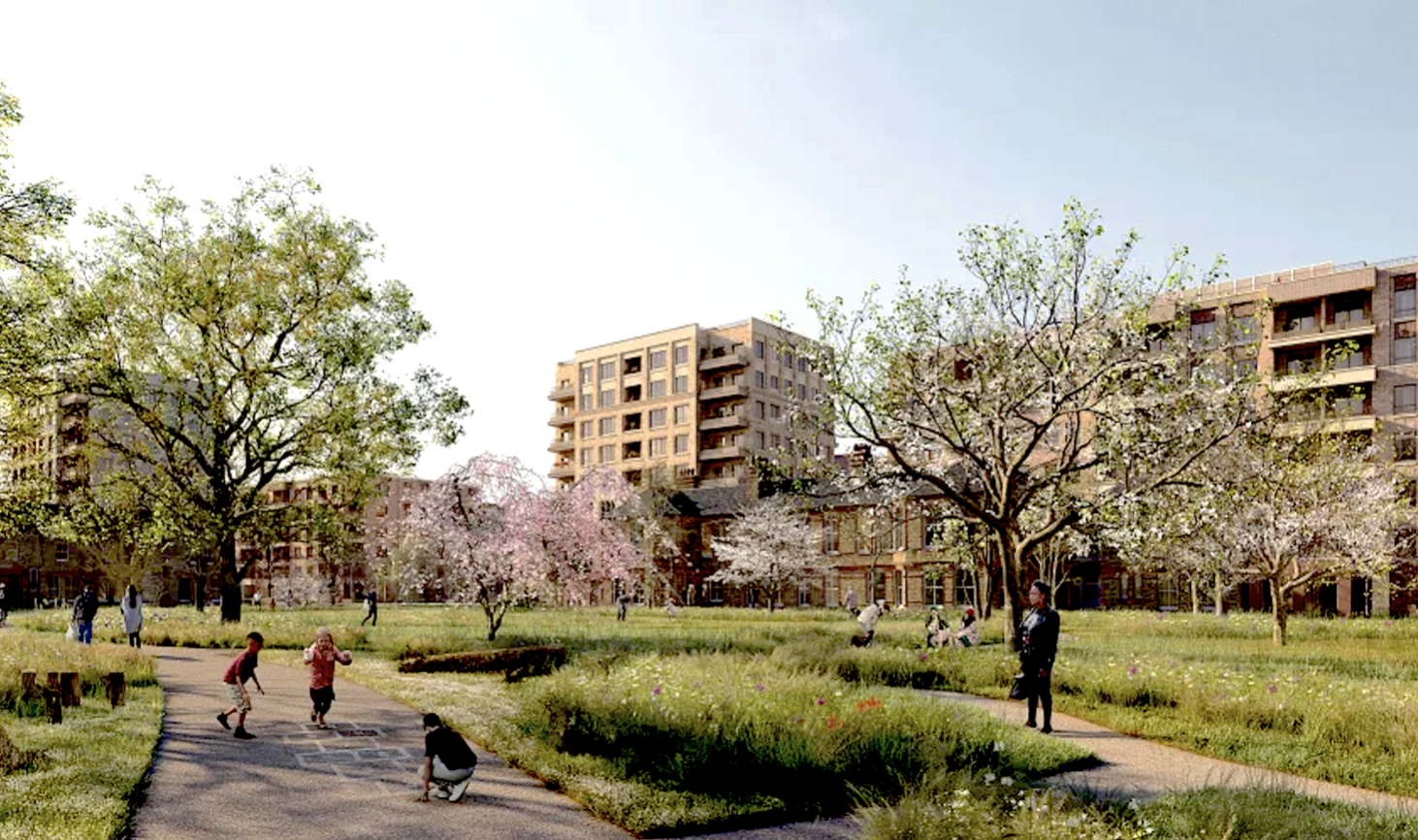 The existing Peace Garden at the heart of the site will be trebled in size to include new public realm areas, play space, and further green space; and a network of new green spaces will be created around the existing trees.

There will be a mix of tenures on the site, including private sale, London Affordable Rent, London Living Rent, and Shared Ownership.