By Jamie Cheshire For Mailonline

Gary Lineker’s son Harry has announced plans to significantly extend his £1million family home in a fashionable London location near the river.

The BBC frontman and former England striker’s second eldest boy together with his wife Annabelle, has applied to his local council for planning permission for a rear extension and loft conversion.

At 28, Harry, who works for his dad’s production company, is a member of so-called Generation Rent – the age group whose aspirations of getting on the property ladder have been destroyed by soaring house prices with many forced to live at home with their parents.

But Harry’s clearly well off enough to afford to live in an attractive and sought-after west London suburb just a few streets away from The Thames.

Meanwhile his multi-millionaire father, the best paid person at the BBC, is sharing his own large London house with two refugees he has taken in after being moved by their plight.

Officials will decide whether to rule on the proposed development next month – expected to add significantly to the value of their home already thought to be worth seven figures. So far there have so far been no objections from neighbours.

In a letter to the local council, one resident wrote: ‘As the applicant’s adjoining neighbours, having considered the plans and sought clarification from the architect, we are generally supportive of the proposed development. 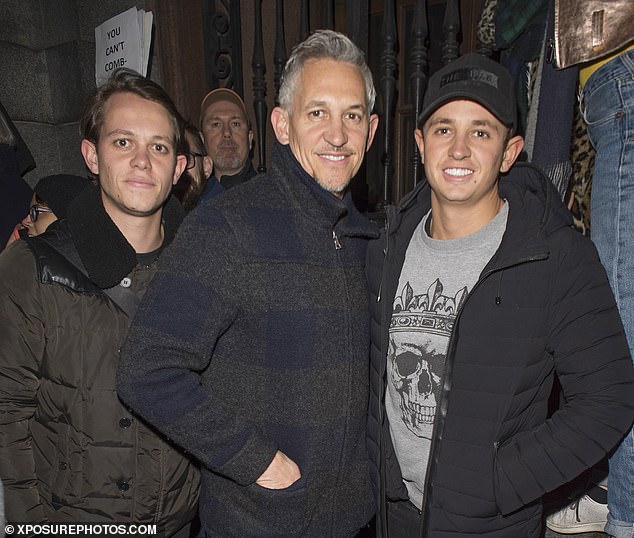 ‘We look forward to meeting and engaging with the owners and hope that it proceeds smoothly, particularly in relation to party walls and boundaries.

‘When considering planning permission, we would be grateful if the council could consider the impact that might result from both of the proposed extensions extending further than our existing rear and dormer extensions, in particular to ensure that they do not block out light that falls into our kitchen and top floor bedroom.’

Harry works for his father’s production company Goalhanger Films Ltd and was brutally attacked during a football riot in Africa three years ago.

He was filming a 2022 World Cup qualifier between Sierra Leone and Liberia when fans stormed the pitch and fighting broke out as Liberia went through to the group phase.