The world’s longest-running play, Agatha Christie’s The Mousetrap, is marking its 70th year by announcing the show will head to Broadway to make its premiere in 2023.

The show, which has been performed more than 28,000 times in London‘s West End and seen by over 10 million people, will open in New York under the guidance of the play’s UK producer Adam Spiegel and multiple Tony Award-winning American producer Kevin McCollum.

The genre-defining whodunnit has been staged in the US before, but never in New York.

Mr McCollum said he was “thrilled” the landmark attraction is now coming to Broadway.

He added: “I’m excited for the huge Christie fan base in North America, and for the acting company in New York who will join the esteemed ranks of The Mousetrap alumni.”

UK producer Mr Spiegel said he feels there is no better way to mark the play’s 70-year milestone than looking ahead to its debut in New York.

In a truly authentic touch the only surviving piece of the original set, the mantelpiece clock, will be loaned from London for the Broadway run.

Tickets for the Broadway version of The Mousetrap will go on sale in the new year, with full production details and the cast to be announced in due course. 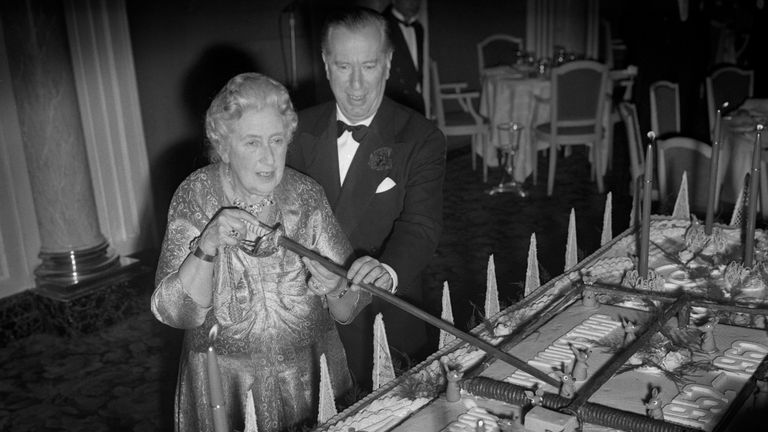 Image:
Agatha Christie, author of the record-breaking play, uses a sword to cut a birthday cake, to celebrate the 10th anniversary of the run of her play in 1962

A special cartoon, drawn by Nick Newman of The Sunday Times and Private Eye, has also been created to commemorate the play’s anniversary and a special midday matinee performance took place today in recognition of the vast number of people who have worked and continue to work on the production.

A 70th anniversary touring production of the play opened in Nottingham in September and will continue to perform at more than 70 venues across the UK and Ireland. 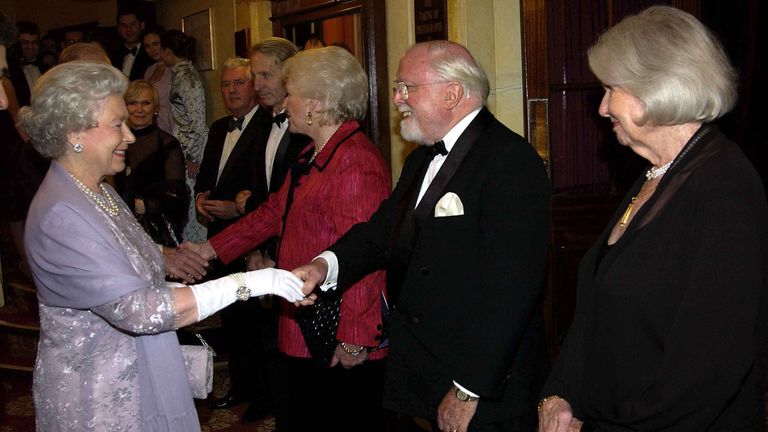 Image:
Queen Elizabeth II greets Lord and Lady Attenborough, who were both in the first production of The Mousetrap, at the 50th anniversary in 2002

Christie’s play continues to make history in London. The original 1952 cast included husband-and-wife Richard Attenborough and Sheila Sim, and the 50th-anniversary performance in 2002 was attended by Queen Elizabeth II and the Duke of Edinburgh.

For the first time in 68 years, The Mousetrap was forced to turn off its lights in March 2020, due to the effects of the COVID-19 pandemic, reopening its doors on 17 May 2021 and marking the official reopening of the West End after the national lockdown.