Members of a gang of armed robbers have been jailed for more than 100 years after a wave of violent attacks on security guards refilling cash machines.

They used guns, knives, hammers and crowbars to terrorise staff before fleeing in a fleet of stolen vehicles and leaving few clues behind them.

When banknotes got stained by security dye, they laundered the cash through fixed-odds betting terminals in bookmakers’ shops.

They took advantage of a system that allowed punters to load a machine with up to £3,000 cash, make one small bet and then collect their unspent stake in fresh notes from the shop’s cash till.

They burnt piles of stained banknotes and a car that got sprayed when they smashed open one cash box and triggered the dye security system.

Armed police ambushed two robbers – Abdi Omar and Brooklyn McFarlane – as they were about to attack security guards at a local Sainsbury’s in Wimbledon. Omar was caught quickly, while McFarlane ran and pulled a knife and was shot by police who believed he was carrying a gun. He was discharged from hospital the next day.

The gang were caught after an astonishing bit of detective work by the Metropolitan Police’s Flying Squad who, from poor quality CCTV footage, managed to identify and track one of their stolen cars and the first of the robbers who eventually led them to the rest.

‘The violence was extreme’

Detective Superintendent Simon Moring said: “They had a well-organised gang structure. They displayed a really good tradecraft, using stolen vehicles, cloned number plates, they knew a lot about police tactics, used good anti-surveillance techniques, so that they knew what they were doing. They were a forceful gang.

“The violence was extreme, security guards thrown around, hit with iron bars, guns held to their heads. Thankfully no one got seriously hurt. They would have just carried on committing robberies and who knows where and how it would have ended.” 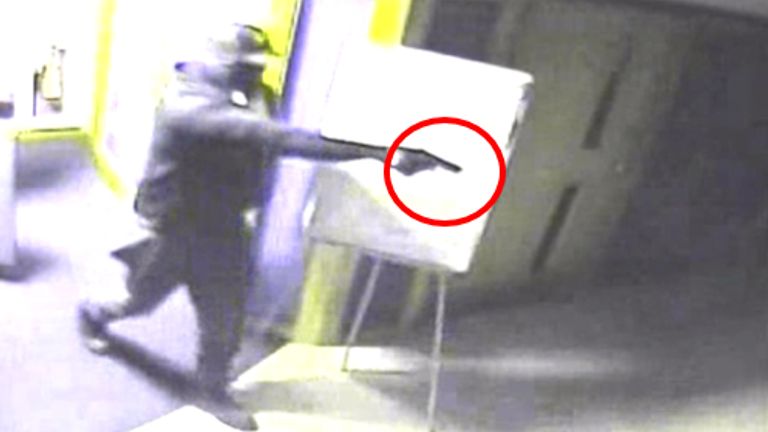 Image:
A member of the gang brandishes a gun

The gang attacked guards at cash points in London, Oxford, Bedfordshire and Northamptonshire, usually congregating and travelling from an estate in South London. Armed with loaded handguns and other weapons they wore ballistic body armour and balaclavas. Over 18 months they stole more than £400,000. 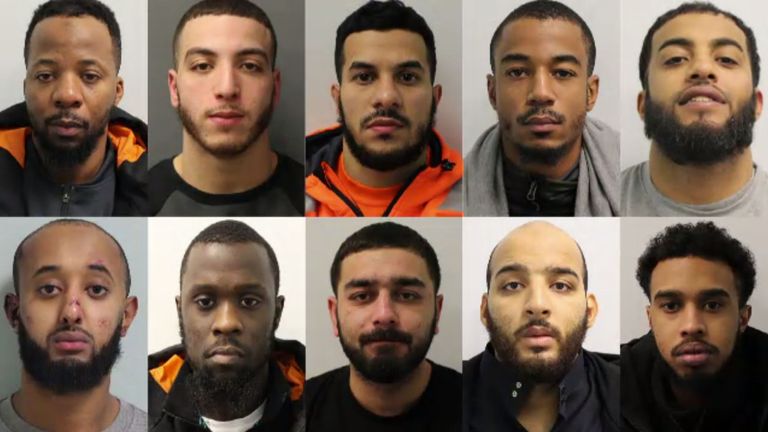 The first two robbers identified were arrested after jumping a red light and crashing into a bus. They ran off but were chased and caught by a team of detectives who were trailing them.

While awaiting trial the two shared a cell in Wandsworth prison and police later discovered they had a smuggled mobile phone and used it to coordinate more robberies committed by those yet to be caught. 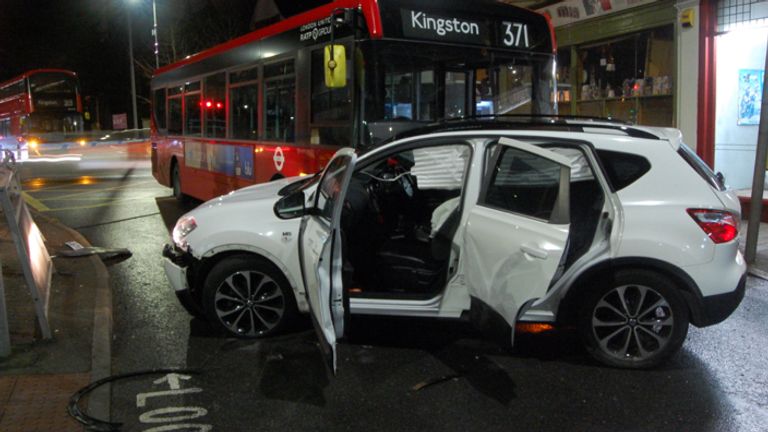 Image:
The first two robbers identified were arrested after jumping a red light and crashing into a bus

In the first of two trials Basil Abdul-Latif, 36, from South London, the gang’s leader, was jailed for 22 years for conspiracies to rob, possess a firearm with intent to cause fear of violence and handle stolen goods and arson. 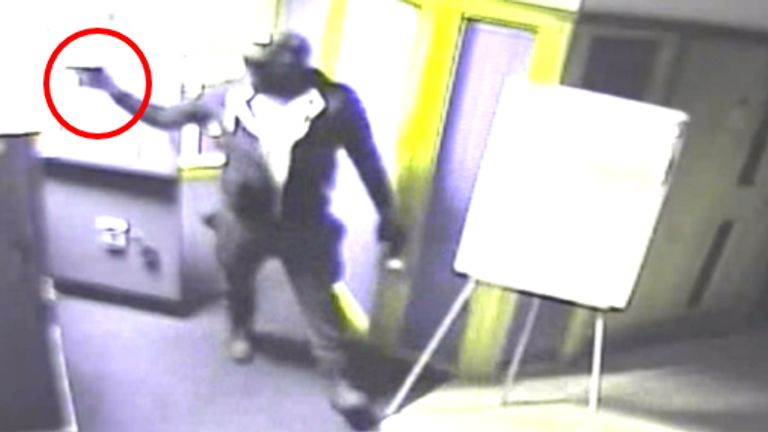 Image:
The gang used guns in the robberies 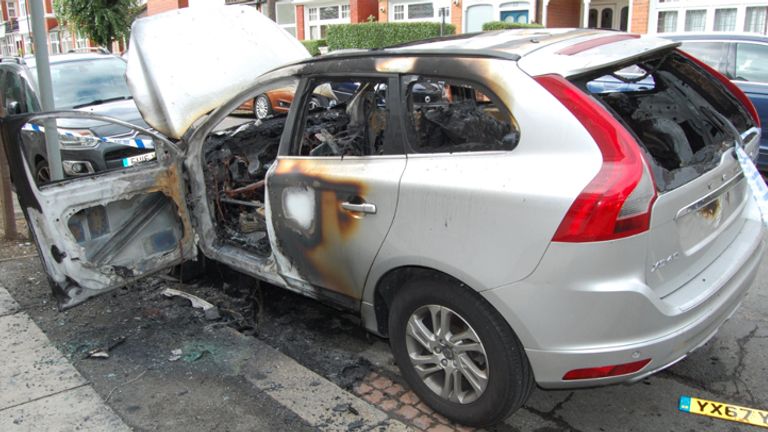 Image:
One of the burnt-out cars

Detective Constable Stephen O’Connell from the Flying Squad said: “This was an immensely complex investigation involving a huge amount of evidence. The group caused havoc in and outside London with buildings being severely damaged and high-value goods being stolen.

“These men have since discovered that crime does not pay and thanks to the complex investigative work by the Flying Squad they will instead be spending time behind bars. Investigations continue to track down and bring to justice outstanding suspects who are believed to be involved in these offences.”

Four other men, all from south London, were awaiting sentence today after being convicted for their roles in the robbery conspiracy. They were: Brooklyn McFarlane and Abdi Omar, both 27, Mahdi Hashi, 29, and Noaman Amin, 26.