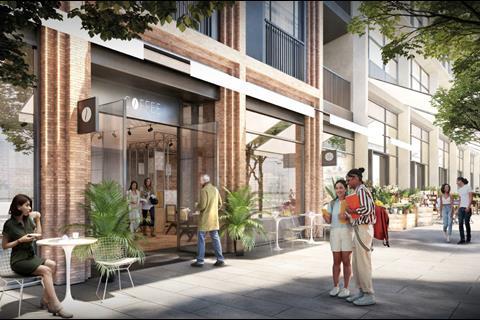 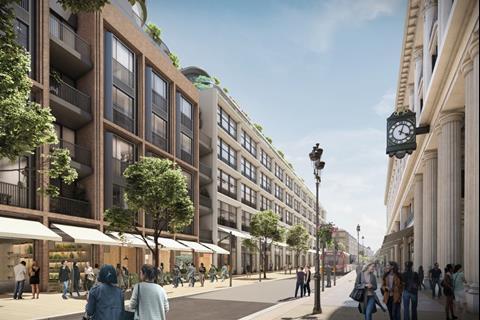 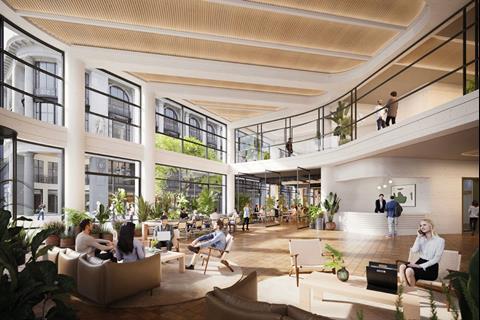 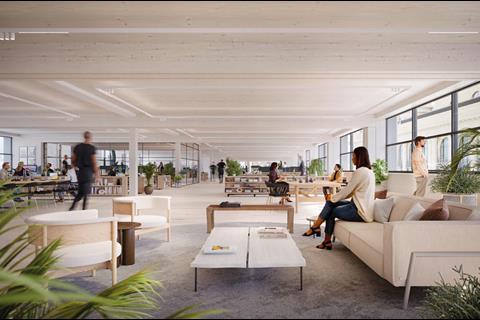 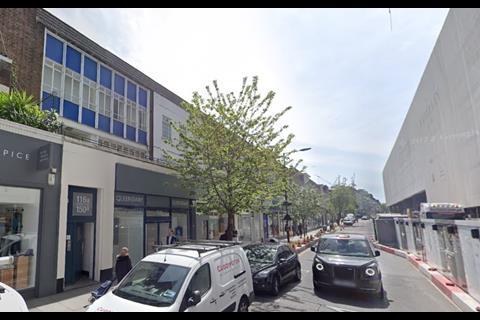 Queensway Parade, opposite the site of Whiteley’s department store 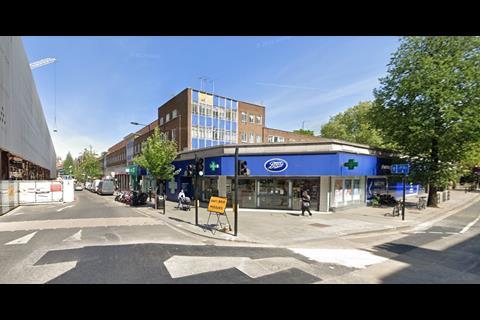 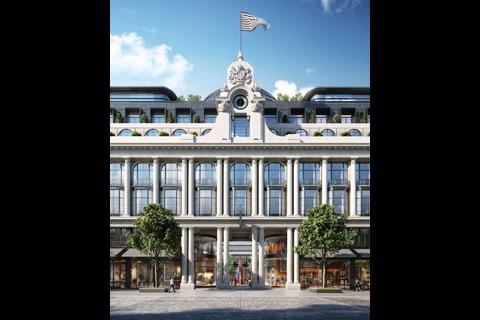 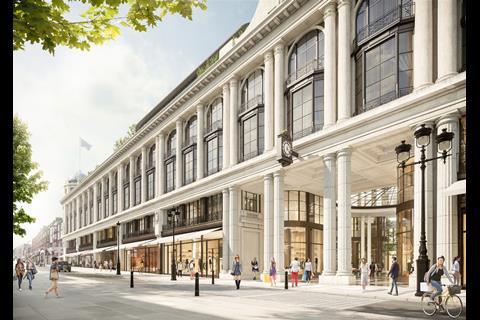 Queensway elevation of Whiteleys, under the Foster & Partners proposals

Foster & Partners is set to get the go-ahead to replace a run of 1950s shops and flats in west London with two seven-storey buildings featuring a mix of shops, offices and new homes..

The practice’s Queensway Parade development in Bayswater will be directly opposite its ongoing £1bn redevelopment of the grade II-listed former Whiteley’s department store, which is turning the building into a residential and hotel scheme.

Queensway Parade, for client MB (QW) Guernsey Ltd, would deliver a 10,978sqm office building on the southernmost part of the 0.4ha site, at the junction of Queensway and Porchester Gardens.

Immediately north would be a residential block featuring 32 homes, 35% of which would be “affordable”. There are currently 27 flats on the site.

The scheme would also provide 11 new shops, but total floorspace for retail and restaurant use would fall by more than one-third to 2,216sq m under the plans.

A report to members of Westminster City Council’s planning committee acknowledged the reduction in retail floorspace, but said the proposed new shop and restaurant units would be “better quality” than those currently on the site and would have step-free access. 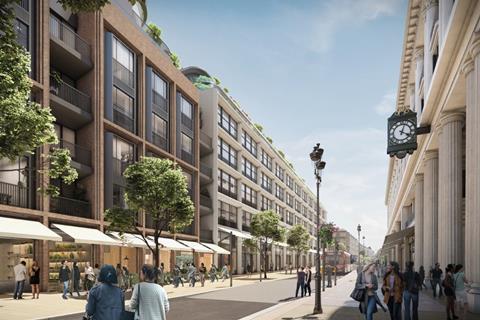 They also recognised local concerns about the potential loss of a Post Office on the site.

The report said an initial round of consultation on the proposals had received six letters of objection and three letters of support, with concerns focused on the height and bulk of the new buildings and their impact on the Queensway Conservation Area.

A second round of consultation after seven additional “affordable” homes were incorporated into the project and alterations were made to the bulk and massing of the proposals attracted four letters of support and three letters of objection.

Recommending the scheme for approval, planning officers said there were no design objections to demolishing the existing 1950 building but they accepted that the height and bulk of the office building remained a key consideration. 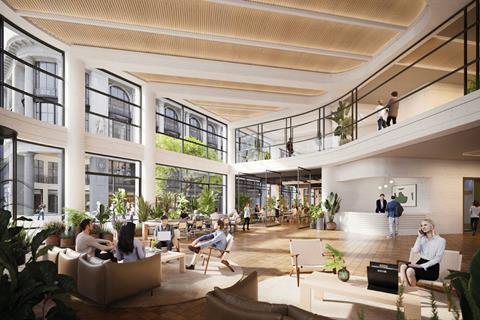 Officers added that the proposals would also cause “significant losses of light and increased sense of enclosure” for the occupiers of nearby Aird House and Cervantes Court.

“The applicant has amended the design to incorporate further setbacks to the upper two floors of the office building and recessed elements to the rear façade to both the office and residential buildings,” they said. 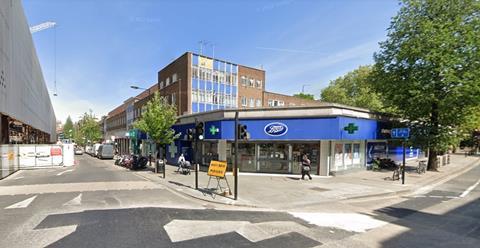 “However, a position has now been reached where the applicant advises that any further revisions will make the scheme unviable. Therefore, this revised application is being determined as it stands.”

Officers praised the quality of Fosters’ proposals and said that, on balance, councillors should approve them.

“As architectural compositions in their own rights, each building is very well designed, limited only by the bulk of their upper two floors which from some angles, and certainly from elevated positions, would be somewhat top-heavy,” they said.

“The shaped mouldings of the pre-cast stone columns and beams of the office building would add an element of simple enrichment to the building. Coupled with good detailing on the metalwork of windows, spandrels and, where relevant, railings the building should be interesting without being too ‘loud’.”

Officers said they considered the mansion building to be “more successful overall” than the office building, and “notably more solid”.

Westminster’s planning committee meets to consider the proposals at 6.30pm on 15 November.