There’s something so inherently delightful about art trails. A treasure hunt-esque experience coupled with culture and education, often providing new insight into works that you may not have gained otherwise. They can be thought-provoking and inspiring. And over in East London there’s a new limited-time globe art trail that most certainly fits into that description. Part of a UK-wide initiative, The World Reimagined, the art trail forms part of “one of the largest art education projects for racial justice the UK has ever seen.”

The World Reimagined has brought over 40 globes to the grounds of Queen Elizabeth Olympic Park, which have previously been seen in trails hosted by Camden & Westminster, the City of London, Hackney & Newham, and plenty more. The globes will make up an art trail in the park through to November 17. They form just a small portion of the full The World Reimagined project, which encapsulates over 100 unique globes in cities across the UK.

The globes are educational in scope, inviting conversation, and provoking action to make racial justice a reality. By examining Black history through a variety of interpretations and creative styles, the sculptures invite discussion about how people understand their history. They particularly want people to explore the UK’s relationship with the Transatlantic Trade and the enslavement of Africans, and how history does not just inform the past, but the present and future too.

Themes explored along the globe art trail range from Mother Africa to Still We Rise and Expanding Soul, with the works coming from globally renowned artists such as Vashti Harrison, Phoebe Boswell, and The World Reimagined Founding Artist Yinka Shonibare CBE. Visitors to the globes will also be able to read an online collection of short stories that highlight the themes of the work of The World Reimagined: exploring the past, present and future. 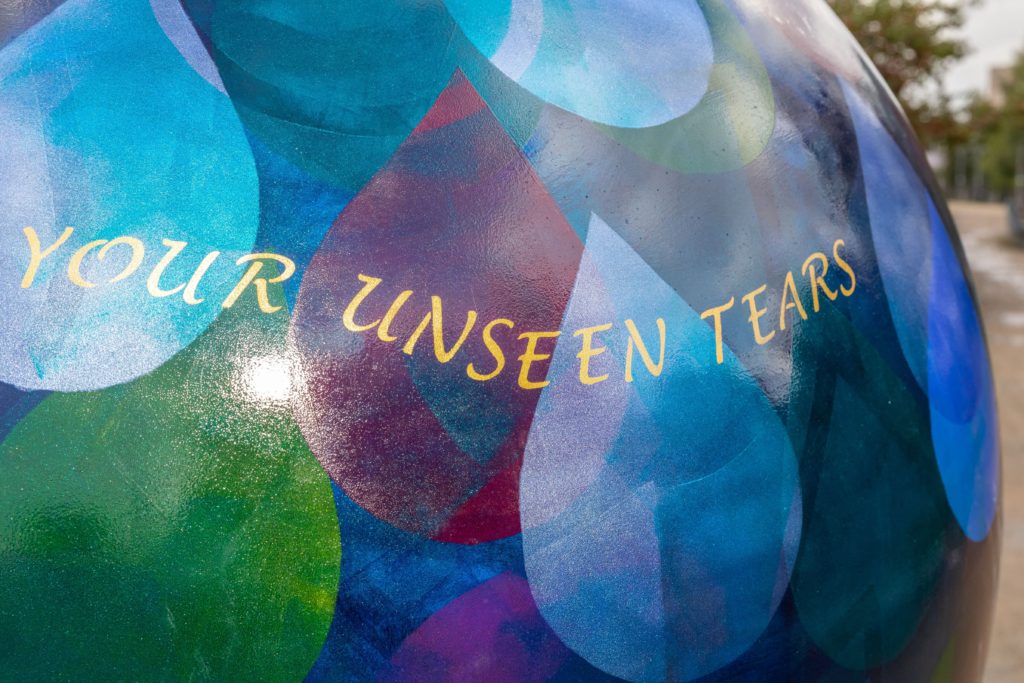 “We want to make it as easy as possible for people to feel the collective power of these incredible, thought-provoking and inspiring works of art. They invite us to understand it is not ‘Black history’—it’s all of our history. And all of us have a role to play in the work of making racial justice a reality. So we hope you will visit the Globes when they are all together at London’s Queen Elizabeth Olympic Park.”

Head to The World Reimagined’s website to learn more about the collection. The 43 globes are on display in Queen Elizabeth Olympic Park, Stratford, from November 2 – 17.