Terrifying moment Notting Hill Carnival thugs smash woman, 19, in the head with gas canister then kick and punch her to the ground

By Rachel Muir For Mailonline

Shocking footage shows the moment a group of men hit a 19-year-old woman on the head with a gas canister at Notting Hill Carnival in a ‘completely unprovoked attack’ which left her seriously injured.

The video, released by the Met Police as they appeal for more information about the incident, shows the young woman being kicked and punched to the litter-strewn ground during the shocking incident in west London.

The group of men, many wearing black tracksuits with their hoods up, fled in opposite directions down Ladbroke Grove and the woman managed to get up and walk away but was later admitted to hospital with serious injuries.

A police spokesperson said the violent fight involved two groups of men and took place at around 7pm on Monday, August 29.

Detective Constable Sam Packer, who is investigating the incident, said: ‘The victim was left very seriously injured in hospital following this incident – although she has been discharged she continues to need treatment for the injuries she sustained. 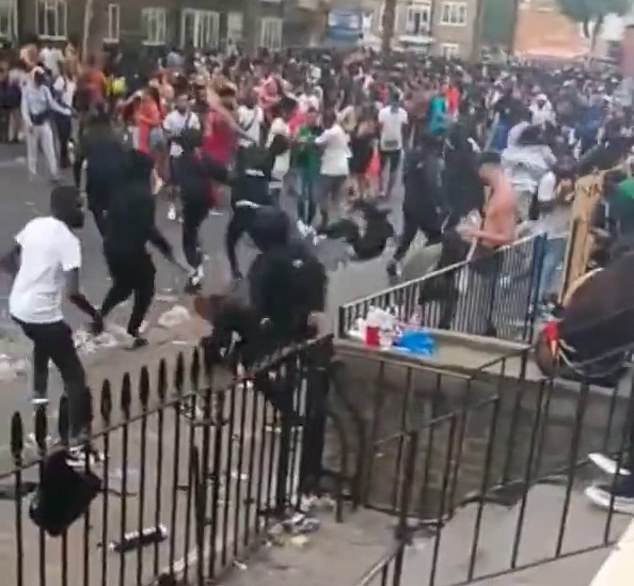 ‘She is a completely innocent member of the public who was attacked without provocation or warning by people who were intent on causing violence.

‘If you were there and saw what happened, or have footage that could help us identify those responsible, please do the right thing and contact us immediately.’

Detectives want anyone who witnessed the fight, or captured video of it, to contact them via 101 or Tweet @MetCC ref CAD 3472/30 Aug.

Alternatively, to remain anonymous, contact the independent charity Crimestoppers on 0800 555 111.

The brutal attack took place on the final day of Notting Hill Carnival which had returned to the streets of west London for the first time in three years.

Some 13 steel bands, 72 mast bands, six Brazilian bands, 36 sound systems and 300 stalls were involved in this year’s festival, with two million people estimated to have attended over the course of the Bank Holiday weekend. 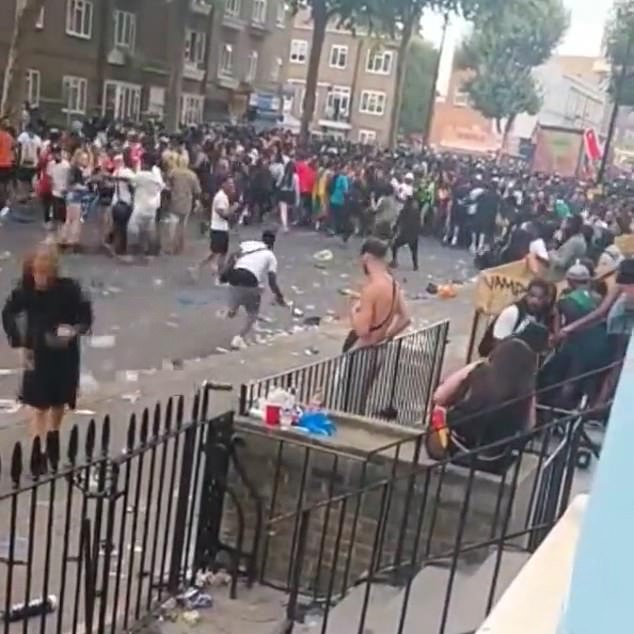 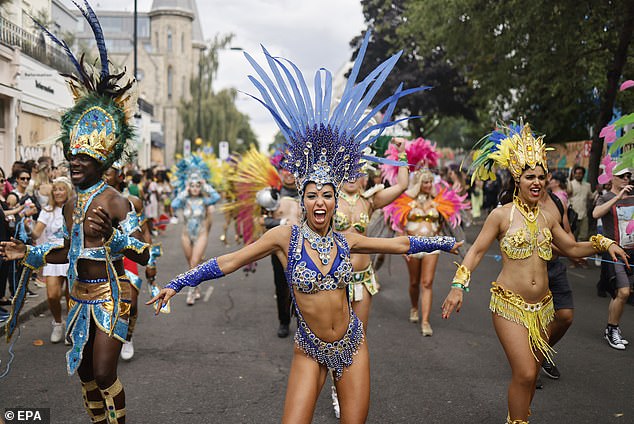 The carnival first started in 1966, when about 1,000 people attended, and is famous for its celebration of Afro-Caribbean traditions.

More than 3.5 tonnes of giant laughing gas canisters were collected from the streets in the aftermath of the carnival this year.

A team of 200 cleaners filled four skips with the nitrous oxide canisters, which they had to collect separately to other rubbish due to the risk they might explode. 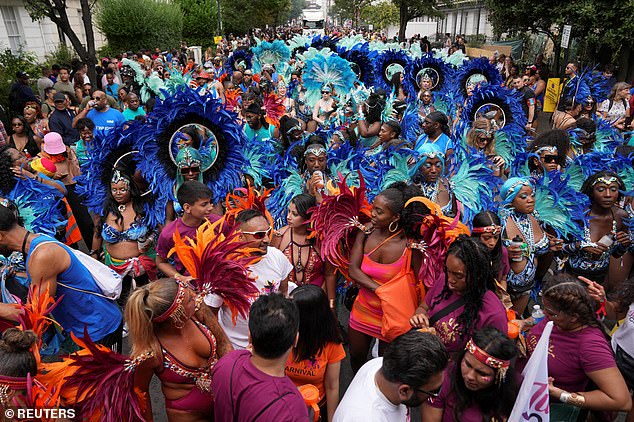 Two million people are estimated to have attended the event, which is famous for its celebration of Afro-Caribbean traditions 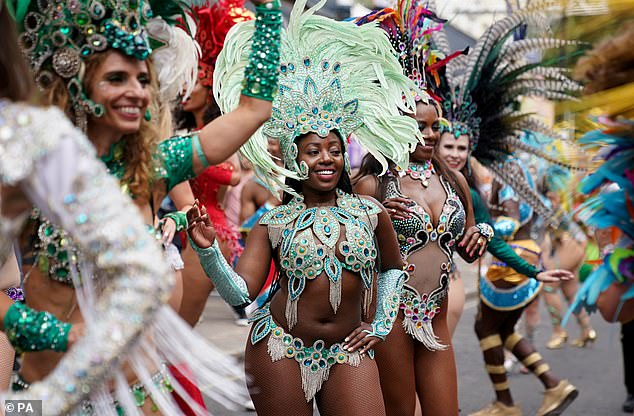 The day before the shocking fight, another dramatic incident on Ladbroke Grove was caught on camera, when a bus stop collapsed as a group of revellers were dancing on its roof.

A huge crowd watching people on top of the Kensal House bus shelter on Ladbroke Grove were heard to gasp and exclaim in shock as the top gave way and the revellers fell onto the pavement, nearly crushing four people below.

Two people suffered minor injuries but did not need further treatment after the incident, which came at the end of ‘family day’ which saw bright and dazzling costumes as the carnival procession made its way along the streets.