Chelsea have decided to look for potential loan options for 18-year-old Gabriel Slonina ahead of the January transfer window, according to reports.

The Blues signed the young goalkeeper in the summer but he remained with boyhood club Chicago Fire to see out the Major League Soccer season.

He completed a move for £12 million and will join Chelsea permanently in January, giving the west London side another option in the net.

Previously, the young star revealed the move was a ‘no brainer’ for him as he looks to take a huge step in his career. Currently, Arrizabalaga, Mendy and Marcus Bettinelli make up the pool of goalkeepers at Stamford Bridge.

In a busy window of signings, Slonina was one of the big young talents the Blues acquired, alongside both Carney Chukwuemeka and Cesare Casadei.

For the American goalkeeper his season with Chicago Fire ended in disappointment as his side failed to make the playoffs.

The teenager will be hoping his performances over in America will have done enough to impress his new team, but also impress USMNT’s head coach Gregg Berhalter.

With the World Cup closing in, he is hopeful of making the squad for Qatar Last week, he made his first trip to London, and got his first taste of what a training session at Chelsea is like.

The hope is he can develop well while in west London until January, with it reported in the Evening Standard that he could complete a loan move.

He could potentially return to America, but there are also talks of a move into Europe or the Championship.

This would hand him another opportunity to display his talent, as he is going to have do a lot if he wants the number one spot at Chelsea. 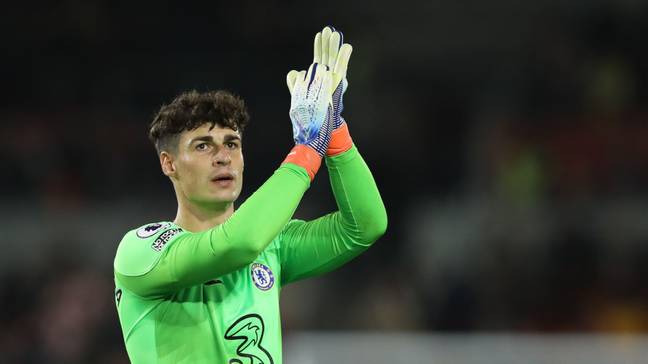 In recent weeks, Kepa has been in fine form, and under Potter he is yet to miss a minute and cemented his place as the number one option.

“We have a fantastic group of goalkeepers with Edou (Mendy), Betts (Bettinelli) and that’s the joy of our team to have these guys every day.

Slonina’s arrival will fortify the goalkeepers union at Chelsea even further, but a loan may be the best move to get some more experience under his belt.