In a library in Newham, east London, local residents gathered this week to mourn the death of Queen Elizabeth II, a monarch they say had a strong connection to their own lives and community.

“She was down to earth,” said Jo Phillips, who attended the coffee morning at Canning Town Library, where people told stories and signed a book of condolences.

When asked how the royal family’s immense wealth contrasted with life in the east London borough, Phillips responded that “a lot of people are wealthy, but it doesn’t make them all snobs, does it?” 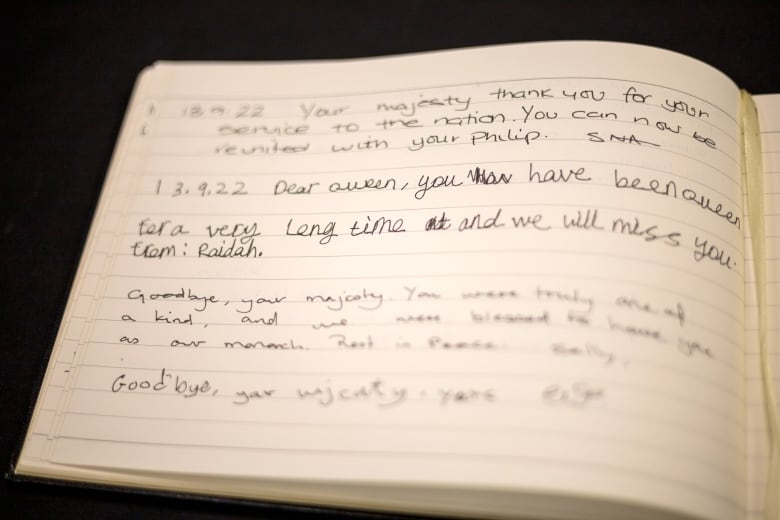 Local residents left messages in the book of condolences at the Canning Town Library, including this short message from a child. (Sylvie Belbouab/CBC)

Newham lies north of the River Thames, about eight kilometres east of central London. With a population of around 350,000, the borough experiences significant problems with poverty and inequality, with roughly half of all its children living below the poverty line, and almost 17 per cent of people on out-of-work benefits, according to the charity Trust for London. 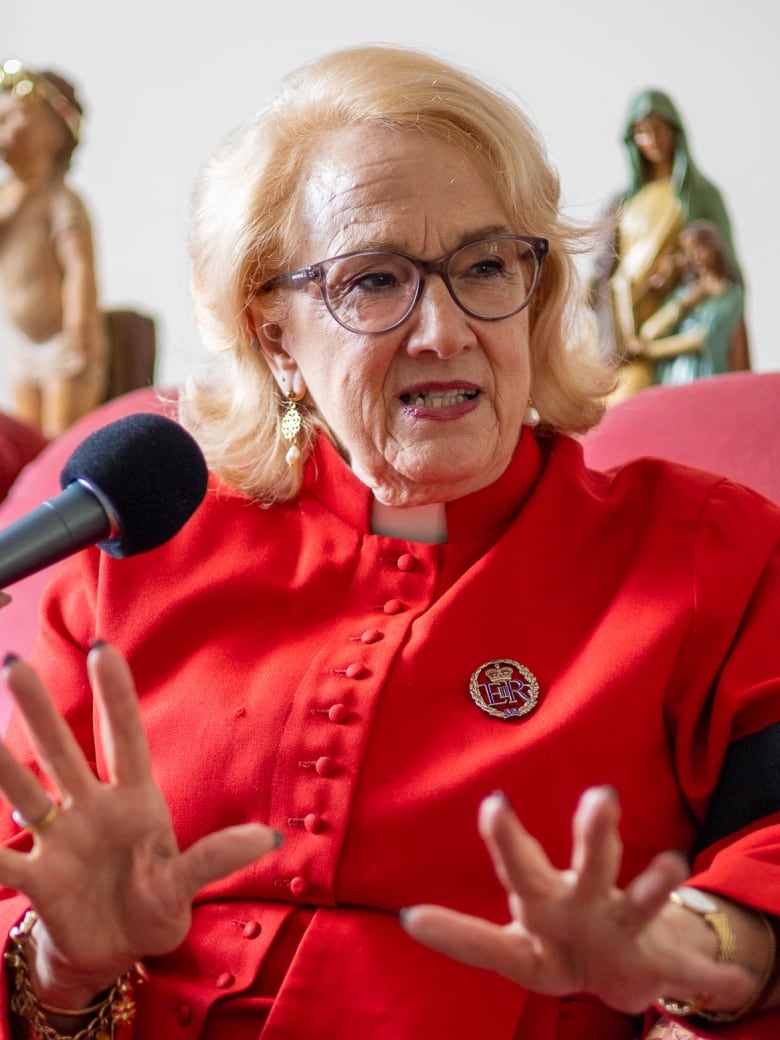 Rev. Canon Ann Easter served as one of the Queen’s chaplains during her lifetime. (Sylvie Belbouab/CBC)

“There is great poverty here, and I would be foolish to deny that … it is quite deprived in a lot of places around here in Newham,” said Rev. Canon Ann Easter, a priest in the Church of England who was born in the area.

Despite that, Easter said there has always been “a sense in which the royal family was one of us,” even if they did “like a bit of bling, you know, a bit of pomp and circumstance.”

Easter served as one of the few dozen chaplains to the Queen, a role which involves occasionally meeting the monarch, and preaching at one of her preferred churches once a year.

She said the Queen and her family have visited Newham over the years, opening new hospitals and churches, even attending local football matches — and those visits showed the community that they mattered, Easter said.

“They were modest. They took an interest in us … They didn’t stay distant,” she said. 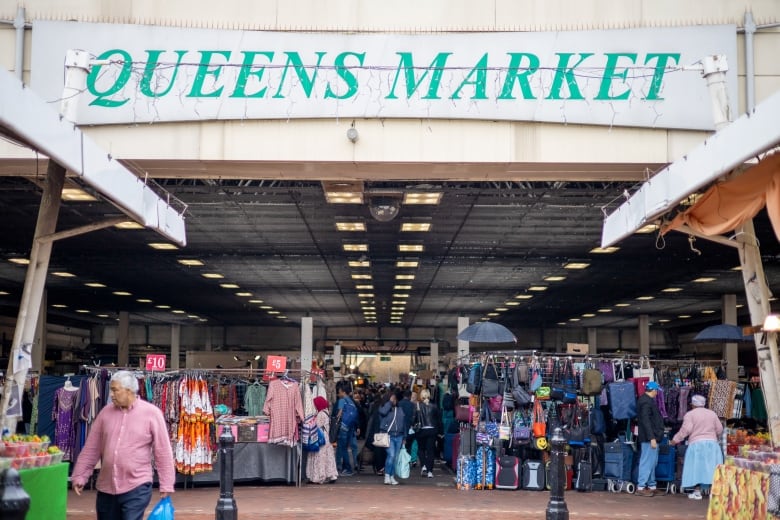 Queen’s Market has been a retail hub for the community in Newham for over a century. (Sylvie Belbouab/CBC) 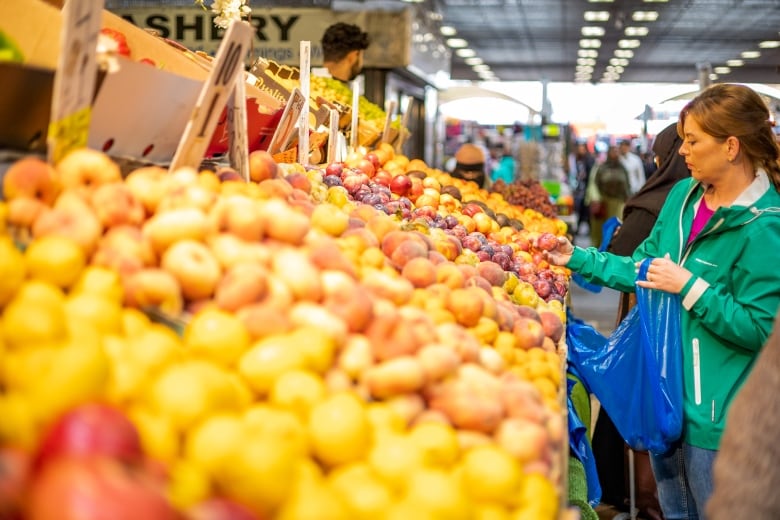 The partly sheltered market sells everything from clothes to fresh food. (Sylvie Belbouab/CBC)

Cheaper housing and easy access to wider London means that newcomers from all over the world have long been attracted to Newham, creating a diverse population.

Rahim Rahmani came to London from Afghanistan in 2005, and has been working as a fishmonger in Queen’s Market ever since. The open air street market is over a century old, boasting more than 100 retailers selling everything from fresh food to clothing to fabric and haberdashery.

Rahmani said he thinks diversity plays a role in how close knit the community feels, with neighbours of different faiths celebrating holidays like Eid al-Fitr and Diwali together.

But as a business, Rahmani is seeing his costs creep up due to inflation. It’s a concern shared by Rita Patel, whose family has run G&A Haberdashery at Queen’s Market for almost 50 years.

“For instance cottons, every time we go there’s another 10 per cent [increase] — so we’re having to now pass that on to the customer,” she said. 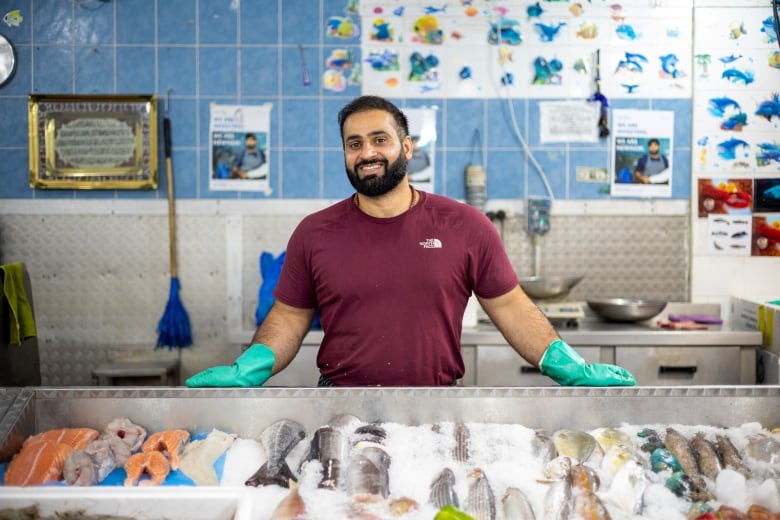 Rahim Rahmani moved to London from Afghanistan in 2005, and works as a fishmonger at Queen’s Market. (Sylvie Belbouab/CBC) 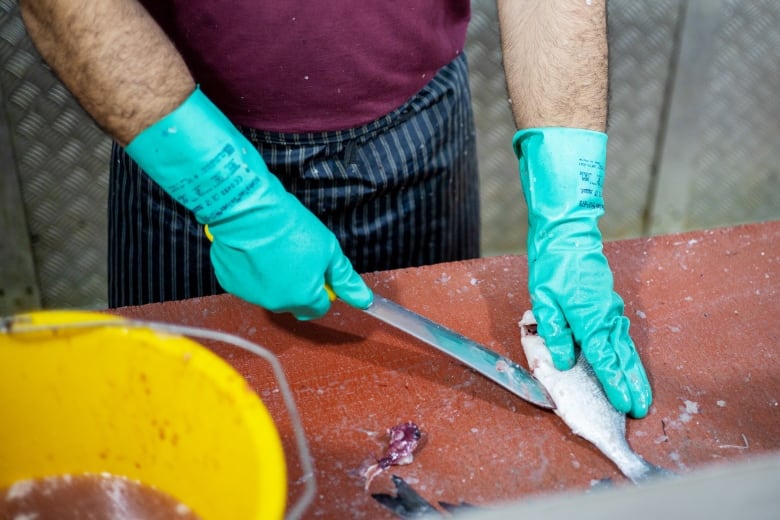 Rahmani guts a fish for a customer. He said community ties are strong in Newham. (Sylvie Belbouab/CBC)

As a result, “customers are only buying what they need to buy, everyone’s tightening their belts,” Patel said.

The cost of living crisis comes just as businesses are trying to recover from the pandemic. Deemed a non-essential business, G&A Haberdashery was closed during the U.K.’s lockdowns, and received some government aid. When it reopened, Patel said social distancing measures meant reduced footfall, and the extra “running around” that came with limiting trade to curbside pickup. 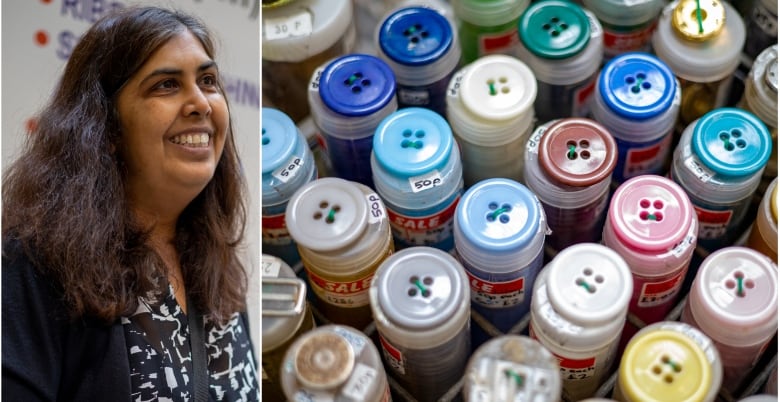 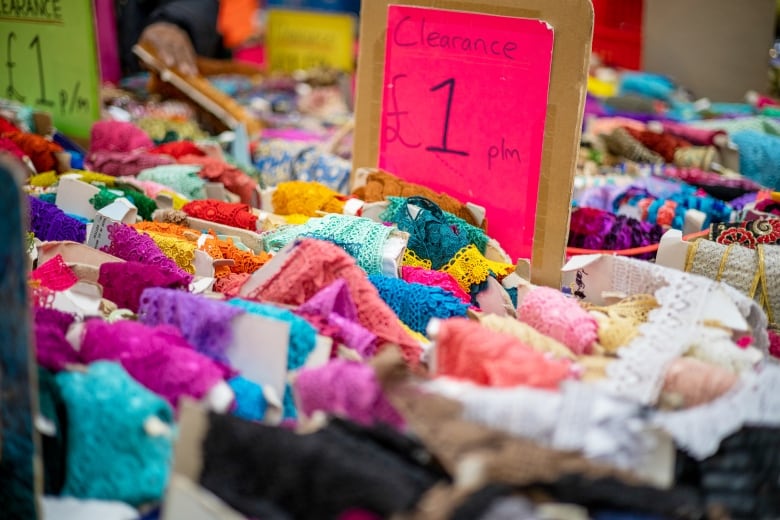 Trade at the haberdashery suffered in the pandemic, and is now slowing due to the cost of living crisis. (Sylvie Belbouab/CBC)

In northwest Newham, the area of Stratford was revamped to host the 2012 Olympic Games, and now boasts a high-end shopping mall with stores, bars and restaurants, as well as sporting facilities at Queen Elizabeth Olympic Park, which hosted many of the Games’ events.

For local student Arnas Stupuras, there’s a marked inequality in the area’s rejuvenation.

“I think they’ve recently started closing the whole mall in the evenings, just to stop homeless people from actually sheltering there,” he said.

“It’s a real dichotomy between the monarchy and here, you know, where people have to go to wherever they can to find shelter.”

His sentiments were shared by other students who spoke to The Current.

“Of course our lives are very different. The Queen, she seems very, very distant and far off,” said another student, Evelyn, who did not give her second name.

Evelyn said she recognized the Queen had important responsibilities and duties, but added that “she seems like she’s always going to be on that pedestal … not even getting the sense of desperation that people in our community are facing right now.” 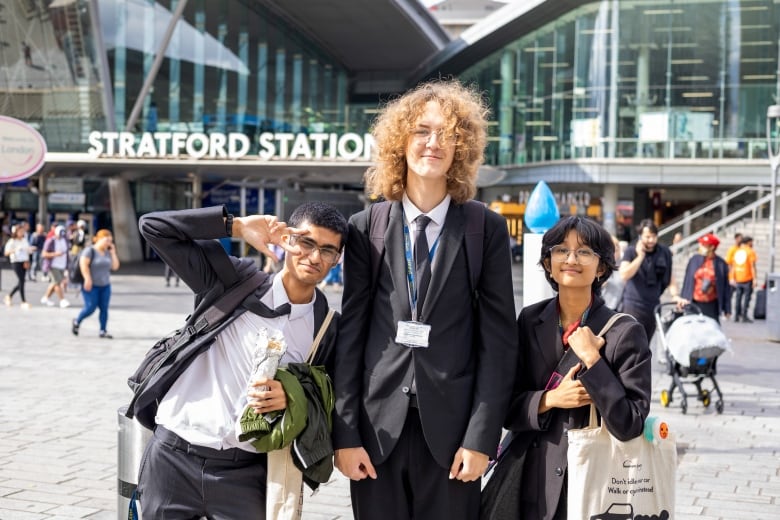 Not all of the borough’s younger residents are as critical of the late Queen — fishmonger Rahmani said his younger children fell in love with her after platinum jubilee celebrations earlier this year, marking 70 years on the throne.

He said he and his family will wear black on Monday, the day of the Queen’s funeral.

“We will really, really miss her. And that will be the day we will never, ever forget,” he said.

Easter, one of the Queen’s chaplains, said that many locals in Newham feel they knew the Queen, and had a relationship to her.

“I think there’ll be a lot of people around here who have met her, who felt they were known to the Queen,” she said.

“Obviously not by name or whatever, but just that sense of, you know, she recognized me, she valued me, I was somebody who mattered.” 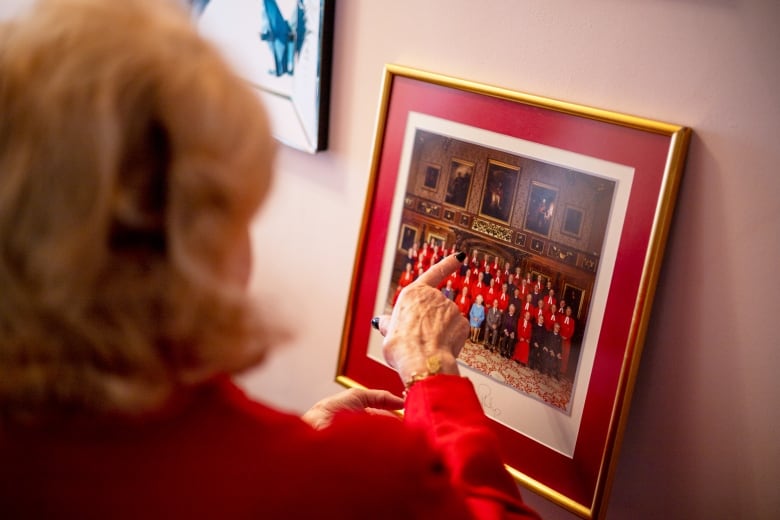 Easter points to a picture of assembled clergy with the Queen. As one of the monarch’s chaplains, Easter met her on several occasions. (Sylvie Belbouab/CBC) 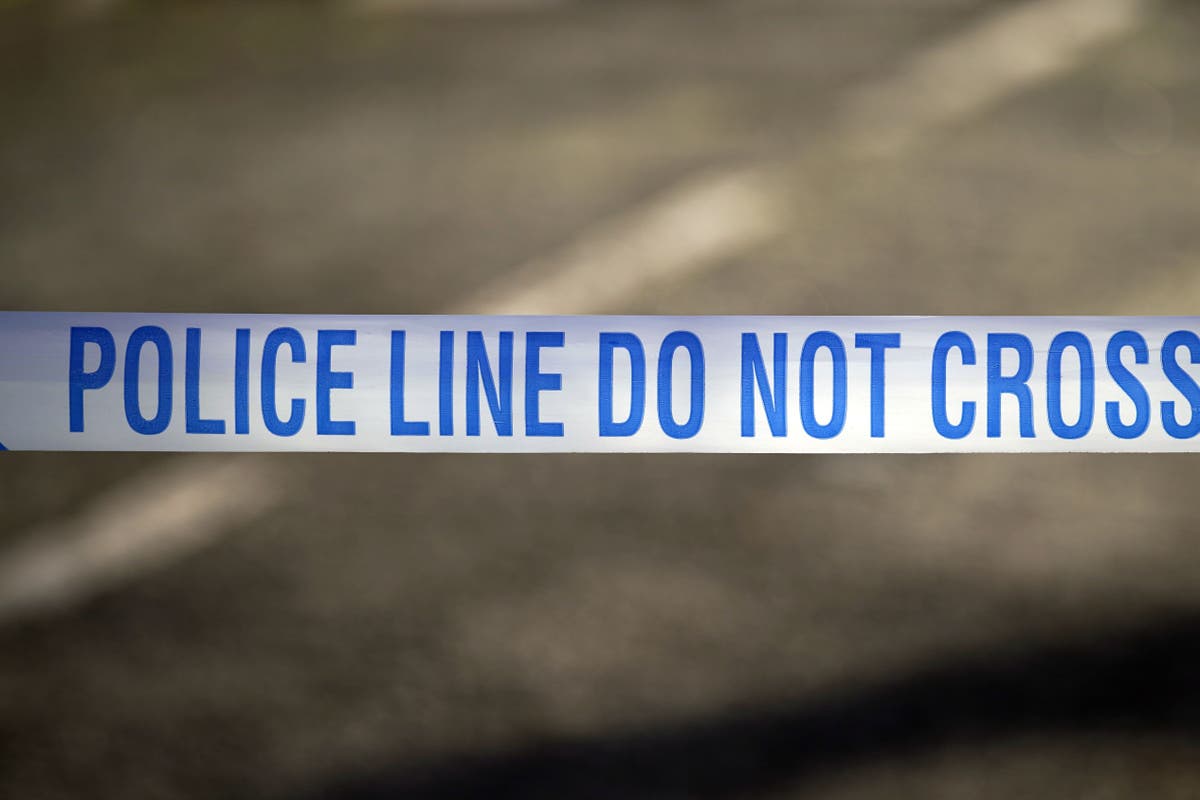 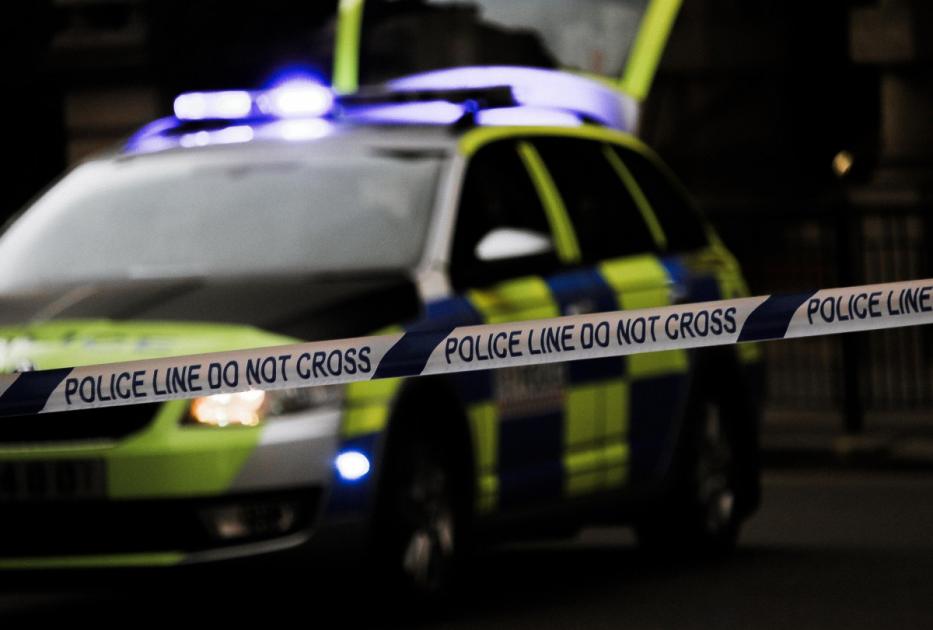