A man is in hospital with apparent gunshot wounds after an incident in London’s north end.

City police says a shooting took place around 4:30 a.m. on Flanders Row, near the intersection of Oxford and Highbury.

A home, at 351 Flanders Row, is blocked by police tape and a glass patio table near the front door is shattered. It is unclear whether it relates to the investigation.

Nearby resident Daniel Gallant didn’t hear any shots, but members of his family were up at the time, including his wife.

“She was watching a cop show ironically, with gunshots in the cop show, so it didn’t register there were actual gunshots happening,” he tells CTV London.

But Gallant’s son did hear an altercation followed by what he thought might have been a gun being fired.

“He heard the arguments and heard the gunshots,” he says.

Police say the suspect fled before their arrival. The victim suffered non-life-threatening injuries.

Police say the shooting does not appear to be a random incident.

Multiple neighbours tell CTV London police have been to the address several times over the past two years.

Another neighbour, Gaurav, who declined to give his last name, says he was shocked to hear a shooting had occurred. 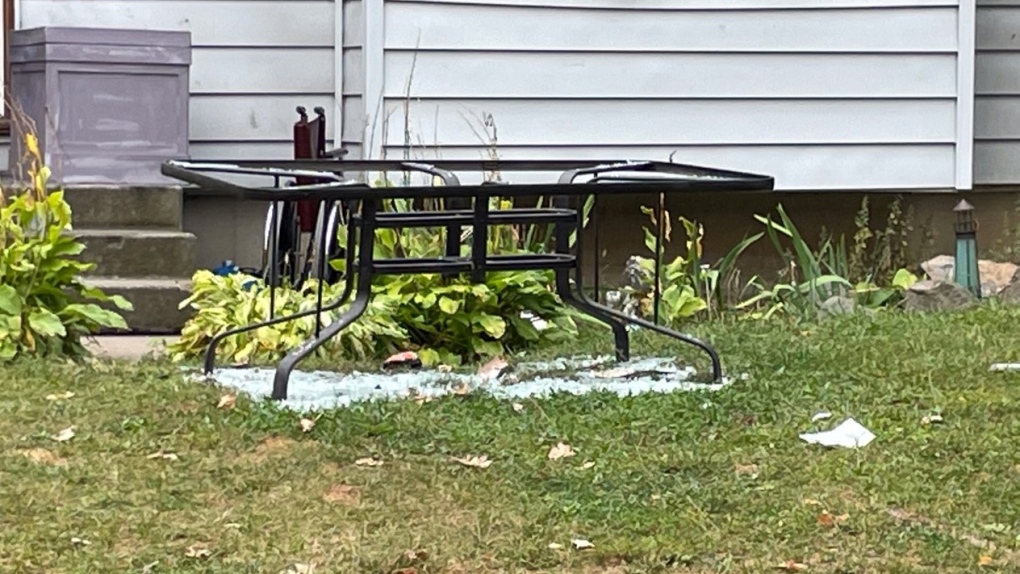 A glass patio table is shattered inside an area taped off by London Police. (Sean Irvine/CTV News London)

He had noticed police cars before dawn.

“This is not what you want to see at 6 in the morning. It’s not good.”

The Major Crime Section of the London Police Force has taken over the investigation.