When George VI died in his sleep at Sandringham during the early hours of 6 February 1952, his elder daughter, Princess Elizabeth, then visiting Kenya with her husband, immediately became Queen Elizabeth II.

“The same simultaneous process will occur at the death of Queen Elizabeth and assumption of the throne by King Charles III,” Robert Blackburn, a professor of constitutional law at King’s College London, has told parliament.

However, after the Queen’s record-breaking reign, unpicking her name, image and iconography from the fabric of national life in the UK and across the Commonwealth will take much longer. These are some of the things that will need to change.

From the flags that fly outside police stations across the UK to the standard used on a naval ship when a general is onboard, thousands of flags emblazoned with EIIR will need to be replaced. Military regiments fly “Queen’s colours”, many of which are studded with a golden embroidered EIIR; the fire service ensign includes her initials and countries where the Queen remains head of state, including Australia, Canada and New Zealand, have what flag experts call “E flags” – personal flags for the Queen that are used when she is visiting.

It is possible that the royal standard – the quartered flag that flies wherever the monarch is in residence – could also change. The version used by the Queen includes one quarter representing Scotland (a lion rampant), one for Ireland (a harp), and two representing England (three lions passant), but none for Wales. It has been in use since long before Wales had its own national flag, recognised in 1959. The next monarch could incorporate a Welsh element.

There are 4.5bn sterling bank notes in circulation with the Queen’s face on them, worth a combined £80bn. Replacing them with alternatives featuring the head of the new monarch is likely to take at least two years. When the latest synthetic £50 notes were issued, the process of recall and replacement took the Bank of England 16 months. When the Queen acceded to the throne in 1952, the monarch was not featured on the banknotes. That changed in 1960 when the face of Elizabeth II began to appear on £1 notes in an image created by the banknote designer Robert Austin, which some criticised as too severe. An image of the new monarch would be agreed with Buckingham Palace. The Queen’s head also features on some $20 banknotes in Canada, on coins in New Zealand, and on all coins and notes issued by the Eastern Caribbean central bank, as well as other parts of the Commonwealth. 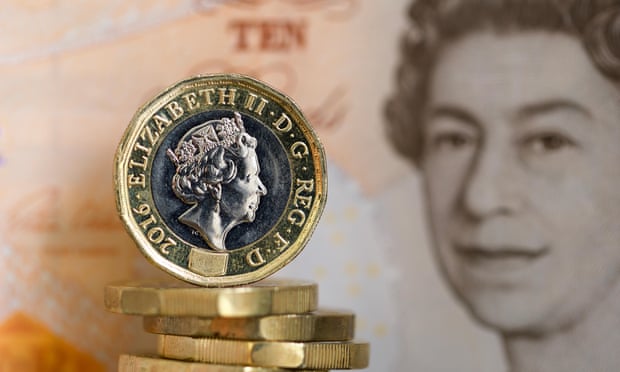 Coin designs may be changed more slowly if historical precedent is followed: it was common to have different monarchs in your wallet as the changeover in coins happened organically rather than through recall.

One of the most straightforward changes, in theory, will be switching the words of the national anthem from “God save our gracious Queen” to “God save our gracious King” – although it may take time before large crowds sing the new version with confidence. The anthem has been in use since 1745 when an early version ran: “God save great George our king, Long live our noble king, God save the king.”

The Queen was the “defender of the faith and supreme governor” of the Church of England, and there are prayers to her in the Book of Common Prayer, which dates from 1662. One asks God to “replenish her with the grace of thy Holy Spirit, that she may alway incline to thy will, and walk in thy way”. These are expected to be amended to become prayers for the new monarch. This must be done by legislation or a royal warrant and was last done after the Queen Mother died. Priests are also able to amend the prayer for temporary use, which means prayers for the monarch that are commonly said in Sunday services and evensong can quickly be adapted to the new defender of the faith.

In services of holy communion contained in the common worship, there is a “collect” for the sovereign that asks God to “rule the heart of thy chosen servant Elizabeth, our Queen and governor, that she may above all things seek thy honour and glory”. This can be changed by the General Synod.

The familiar royal arms, which feature a lion and a unicorn rampant against a shield, are used widely on government premises and stationery, and any change would be costly, but it may not be necessary. It would need to change if the new monarch decided to represent Wales on the shield in line with any change to the royal standard.

From the Angostura bitters company in Trinidad and Tobago to the Sussex farrier Zack Treliving, the Queen’s royal warrant currently applies to more than 600 businesses that have a history of supplying the royal household. Brands enjoying the use of the Queen’s arms on their marketing materials include Steinway pianos, Jordans cereals, Gordon’s gin and Swarovski jewellers, as well as plumbers, fence makers, sound engineers, hedge trimmers and flour millers. After the death of the Queen they stand to lose their status, unless they are granted a new warrant by her successor or another member of the royal family who becomes a grantor – potentially a new Prince of Wales. This may not happen quickly. When Prince Philip died, his royal warrant holders were given two years’ grace. A new monarch could decide to adjust the criteria to be met to become a royal warrant holder, for example by increasing the emphasis on sustainability. 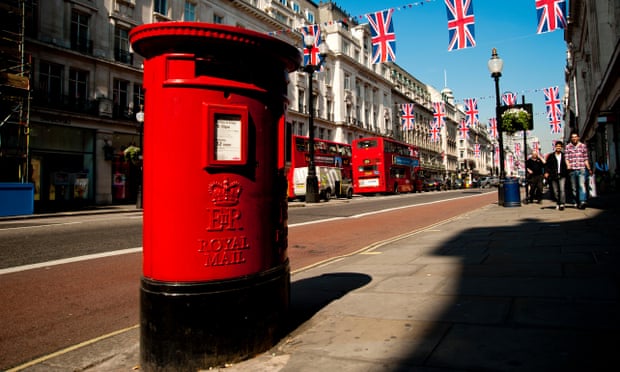 Royal Mail postboxes bearing Queen Elizabeth’s royal cypher, ER, are unlikely to be removed. Some with King George VI’s GR cypher remain in use today, 70 years on. The Post Office, however, will change stamps, with a profile image of the new monarch being used.

MPs are not allowed to sit in the House of Commons, speak in debates, vote or receive a salary unless they pledge allegiance to the crown. Since 1952, the wording has been: “I (name of Member) swear by almighty God that I will be faithful and bear true allegiance to Her Majesty Queen Elizabeth, her heirs and successors, according to law. So help me God.”

Queen Elizabeth II in her own words – video obituary

The Queen’s death is a precarious moment for some of Britain’s wider Commonwealth realm, 14 countries of which recognise the monarch as their head of state. In many cases their constitutions state that the Queen, specifically, is the head of state. In these countries, constitutions will need to be amended to refer to her successor. In countries such as Jamaica, where there is a strong republican movement, and Belize, these constitutional changes will also require a referendum, according to Commonwealth experts. This is expected to bring about a moment of political peril for the new monarch, who, after Barbados became a republic in 2021, could face the loss of another prominent part of the Caribbean Commonwealth.

Questions are also likely to arise in countries such as Papua New Guinea, Solomon Islands, Tuvalu, Antigua and Barbuda, the Bahamas, Grenada, Saint Kitts and Nevis, Saint Lucia and Saint Vincent and the Grenadines over whether the new monarch could lawfully appoint a governor general, if the relevant country’s constitution has not been changed to refer to the King, and continues to refer to the Queen as head of state.

The Queen’s name is also stitched into myriad other laws that will require redrafting, neither an easy nor a cheap process, especially for smaller countries that do not employ their own legislative drafters.

Among the constitutional monarchies, Australia, Canada and New Zealand have measures in place so the new monarch automatically becomes head of state.