A £1.2 billion project to rebuild north London’s waste facility is steaming ahead.

While work on the highly controversial incinerator at Edmonton EcoPark in Enfield has yet to begin, construction is underway to build new facilities to process waste before it is either burned or recycled.

Waste from all seven boroughs that form part of the North London Waste Authority (NLWA), including Waltham Forest, is dealt with at the site.

The current incinerator, neighbouring the new processing plant, will continue to burn waste until a replacement is built next to it. Image: LDRS

The Local Democracy Reporting Service was recently invited on an exclusive tour of the “60 to 70 per cent completed” southern part of the site, where waste will be processed.

In the centre of the site is London’s oldest ‘energy from waste’ incinerator, built in 1971, which will be demolished once a new facility in the north is completed.

Taking shape in the south is a vast building – known as the Recycling and Fuel Preparation Facility (RFPF) – where each year at least 135,000 of tonnes of waste will be sorted and dispatched for recycling or incineration.

Illustrative view of facility from the South with the incinerator in the background. Image: NLWA

Technical director Doug Kay, described as the “brains” of the site, explained what is being built over the roar of construction work.

He said: “This project isn’t the highest profile in London but it’s actually really interesting, with high levels of innovation.

“This is probably one of the first [facilities] like this, the Environment Agency brought in a load of new regulations so this stipulates to those regulations.”

Inside the RFPF were large bays separated by tall concrete walls, where the waste will be dropped from outside to be sorted on an industrial scale.

Doug said workers were installing a network of large tubes on the ceiling which will filter dust and bad smells from the air before it is released through two chimney stacks.

Inside the RFPF are large concrete bays and a ventilation system on the roof that will filter air before it is released. Image: LDRS

In one corner water treatment machinery was being assembled that will take “horrible” pollutants from water draining out of the building before it is released.

New additions to the site, built around the RFPF are a publicly accessible household reuse and recycling centre, a District Heating Energy Centre, a solar-powered and ground-heated visitor’s centre and a replacement base for the Edmonton Sea Cadets.

Although on the same site and powered by “waste” heat from the incinerator, the district heating centre is a separate project being built by Enfield Council.

The NLWA is building an off-grid centre for use by visitors on the first floor and Edmonton Sea Cadets on the ground floor. Image: LDRS

Heated water will be sent through the network to up to 23,000 homes in Enfield, Haringey and Hackney.

Towering over the RFPF, the current incinerator burns about 540,000 tonnes of waste a year, to produce 40 megawatts of electricity, enough to power 72,000 homes.

However, the “cleaner and safer” new incinerator is designed to meet the NLWA’s predicted waste demand by burning up to 700,000 tonnes of waste a year, producing almost double the electricity.

Although incinerating waste instead of recycling it remains controversial, the NLWA estimates it has “diverted” more than 21 million tonnes which would have otherwise gone to landfill.

NLWA planning documents show the large space occupied by the current incinerator is being reserved for “future waste treatment facilities”. 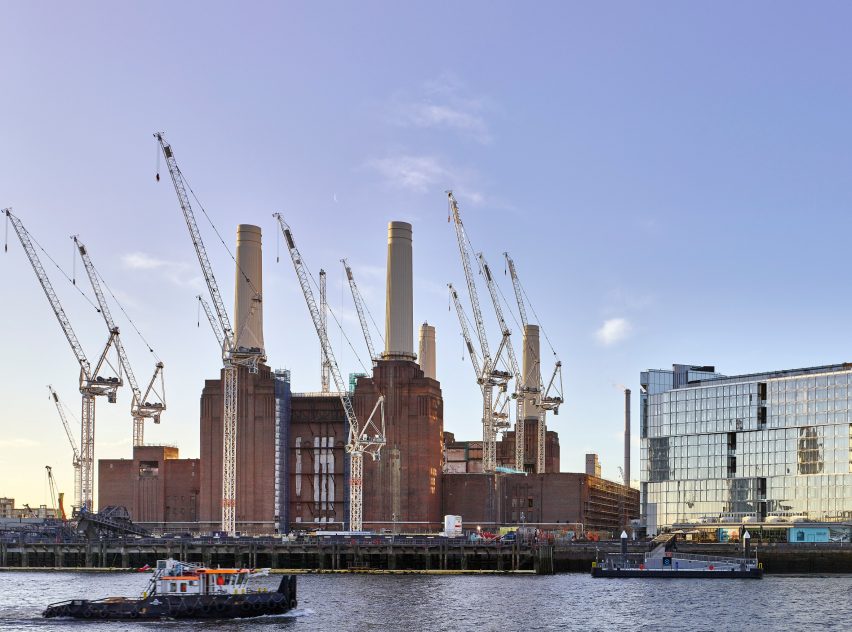