ANTONIO CONTE sees a hunger in Eric Dier’s eyes to become one of the top defenders in world football.

Dier’s form has improved dramatically under the Italian to the point where it was a shock he was not recalled by England for the June internationals.

The 28-year-old may have missed out that time but SunSport revealed on Friday that he is back in Gareth Southgate’s plans and has a good chance of making the squad for the Nations League matches against Italy and Germany later this month.

Being a former international manager himself with Italy, Conte would never advise Southgate on what he should or should not do.

But the Spurs boss is in no doubt as to how far Dier has come under his tutelage.

Conte said: “I think the big improvement about Eric is that now he is a player who in every game is 100 per cent focused. He is a reliable player. 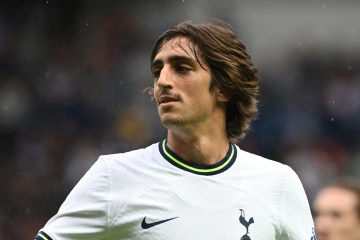 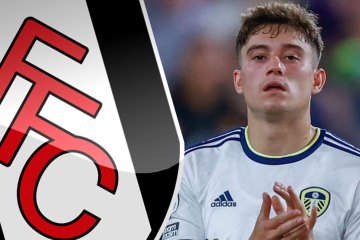 “He’s not a player that alternates performance, (where you have a) big performance or sometimes you drop.

“For me, he’s a really important player. He’s playing every game.

“I can tell you he’s a really good guy with great will, great desire to work and to improve himself. He knows very well he has space for improvement.

“If he deserves to go (with England) or not, it depends on what the coach of the national team, Southgate, thinks. I have too much respect for him to try to convince him.”

Dier has nailed down the central role in Conte’s back three at Spurs, and will line up there at home to Fulham on Saturday.

This fixture will see him come up against a manager he knows well in Marco Silva, who managed him briefly at Sporting Lisbon and who now bosses the newly-promoted Cottagers.

It will also see Ryan Sessegnon take on his former club, having joined Spurs from Fulham in 2019 for £25million.

Sessegnon has not made the impact he would have wanted in North London, largely due to injuries.

But he too has impressed under Conte and has an exciting battle going for the left wing-back spot with Ivan Perisic.

And unlike fellow youngsters Djed Spence, Pape Matar Sarr and Bryan Gil, 22-year-old Sessegnon is deemed a player Conte feels he can count on in the biggest matches.

The ex-Chelsea chief added: “About Sess, we are talking about now a young player but a reliable player who I can count on him for games in the Premier League or Champions League, for every game.

“You know very well I try in every game to make the right decision but in that role I am OK because I have Perisic and Sessegnon, two important players.

“He improved a lot and I remember very well since I arrived Sessegnon was another player. Now he is a reliable player and he has great confidence. He is strong physically and improved in his quality and technically.

“We are talking about a really good player, a young player that can become stronger but this is the difference between other young players.”