This year’s biggest hosepipe ban yet is set to be confirmed for London and the Thames Valley in days before coming into force from next week – affecting 15million people.

London Mayor Sadiq Khan has already warned restrictions are ‘inevitable’, while Thames Water said last week that it was planning a ban in the ‘coming weeks’.

This is now set to be confirmed by Friday, in what will be the year’s biggest temporary usage ban so far.

Meanwhile, another hosepipe ban was announced today for Cornwall and parts of Devon, with South West Water bringing in the policy in just over a week’s time.

A drought was declared for parts of England last week following the driest summer for 50 years that has almost completely deprived some areas of rainfall.

Three inches of rain is set to fall this afternoon amid warnings of thunderstorms, hail, lightning and flash floods over the next few days, but forecasters have warned this will not be enough to replenish supplies.

The hosepipe bans will soon cover a total of more than 24million people – including 5million in Yorkshire (Yorkshire Water) 2.2million in Kent and Sussex (South East Water), around 1million in Hampshire and the Isle of Wight (Southern Water), another 1million in Cornwall and part of Devon (South West Water), 200,000 in Pembrokeshire and a small part of Carmarthenshire (Welsh Water) and 80,000 on the Isle of Man (Manx Water).

South West Water today announced that it will be imposing its own ‘temporary use ban’ restrictions from midnight on August 23, with bosses saying this will be the firm’s first ban in more than a quarter of a century.

The ban means customers cannot use any hosepipe including sprinklers, dripper hoses and automatic irrigation systems for watering the garden or plants; cleaning a car, walls, paths or patios; or filling a pool, pond or fountain.

However they can still do any of these activities if they use mains water from a bucket or watering can, or use water that is not sourced from the mains such as greywater or rainwater from a water butt through a hosepipe.

The population of Cornwall is estimated to be about 573,000 – but it can be up to 850,000 in the height of summer due to the high number of families on staycation holidays. Along with the small part of Devon covered by the restriction, this means it will likely hit around one million people.

The Met Office has issued four days of thunderstorm warnings running from yesterday until Wednesday amid forecasts of heavy rain – but experts have said England needs ‘weeks of rain’ to reverse the drought conditions. 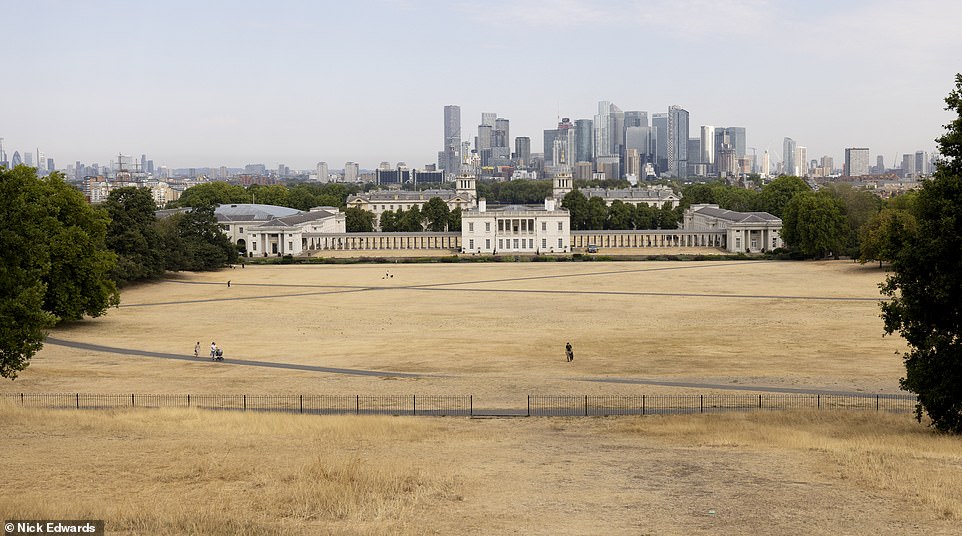 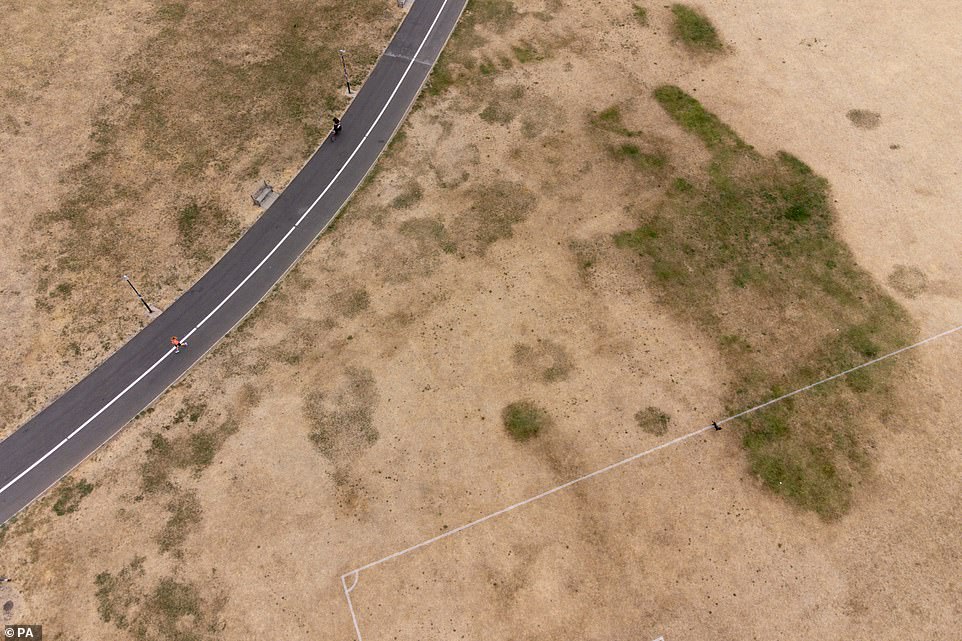 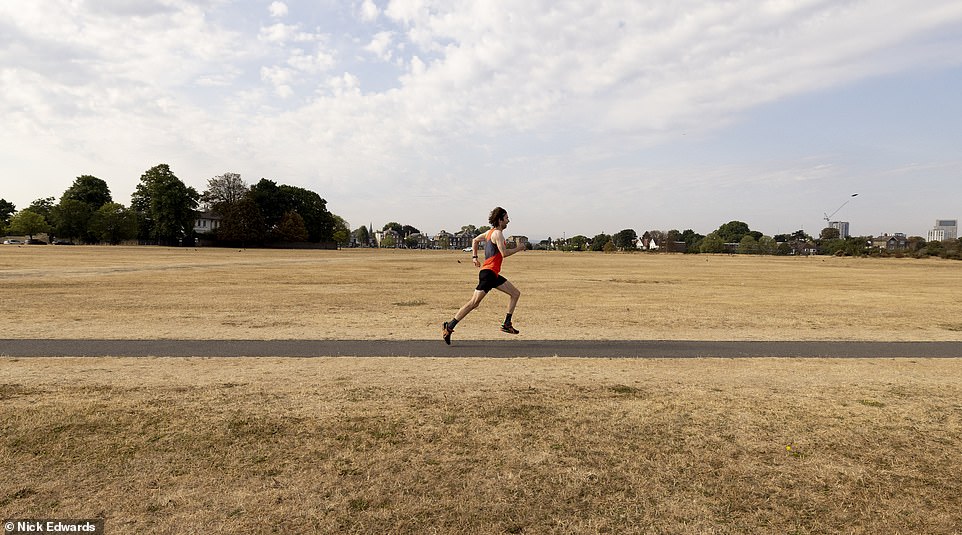 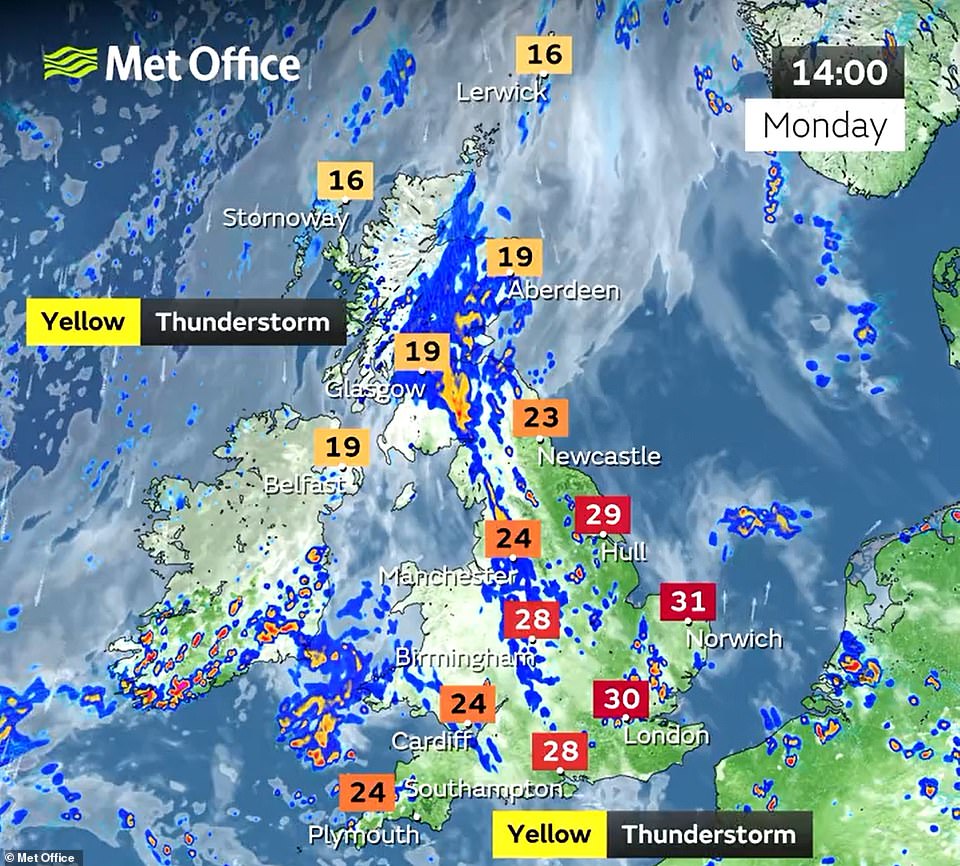 Met Office chief meteorologist Paul Davies told the BBC that the downpours this week ‘may be the wrong type of rain because it falls very fast and very hard’ on the dry ground.

He said: ‘When it comes against the hard ground then the water flows very fast, taking debris and causing flash flooding, whereas other areas may see very little at all.’

And a South West Water spokesman said today: ‘It’s the first time in 26 years but we’ve been left with no other choice. We need to have a hosepipe ban now to protect our precious water.

‘We’ve done our best to avoid this ban. We’ve increased the amount of water we can store, doubling it since the last drought in 1976.

‘We’ve opened reservoirs, installed a new borehole, and improved the way we can move water across the region to help keep everyone’s taps running.’

South West Water said it was now fixing about 2,000 leaks a month, with a third happening on customer supply pipes, which were being repaired for free. 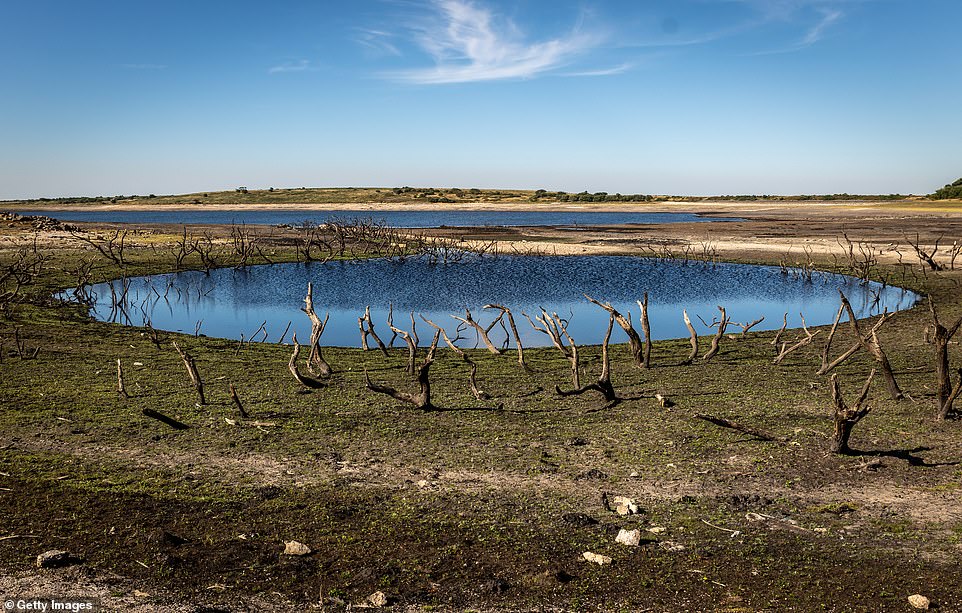 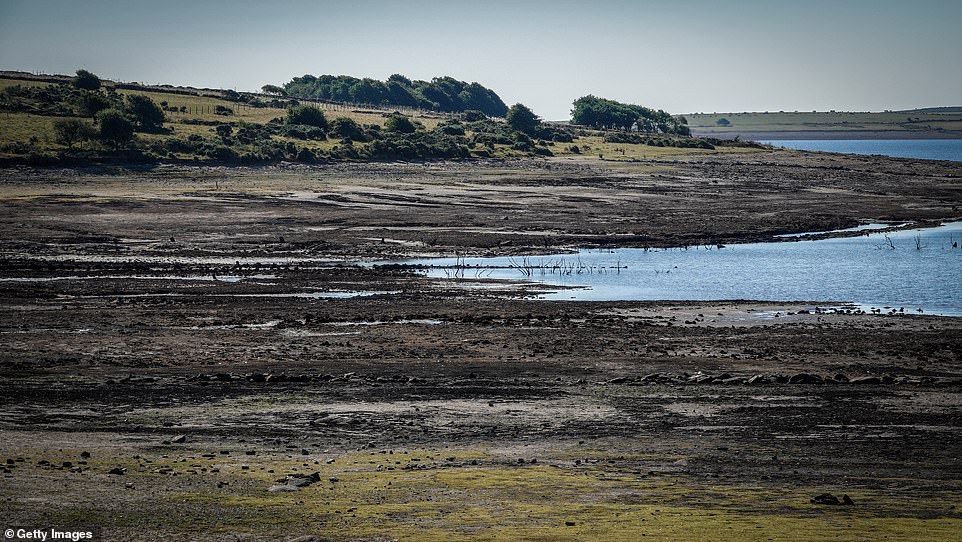 Low water levels and the dried bed at Colliford Lake near Bodmin in Cornwall last Friday. After a prolonged period of dry weather, some parts of England are in drought conditions, prompting hosepipe bans and other water-conservation measures

Professor Hannah Cloke, an expert in hydrology at the University of Reading, said London could see flooding in the Tube if heavy rain hits the capital this week.

She said: ‘It is very very heavy rain that is associated with thunderstorms but it is in very localised areas and it is very difficult to predict where that rain will fall. The ground is really dry and when it is so dry it acts a little bit like concrete and that water can’t get in so it drains straight off.’

‘If you get a heavy rain in a city, the drainage system can copy up to a point but if there is really heavy rain it can overwhelm the system – the rain cannot run away quick enough. Water tends to find the lowest pathway – that is why it is so dangerous for cities with these surface area floods.’

‘It is not like we haven’t seen this recently,’ Professor Cloke said, referring to flooding affecting London Tube stations last year. ‘If we are in London and the parks are really really dry, there is no where for the water to run so it is exacerbating the risks we already have in cities.’ 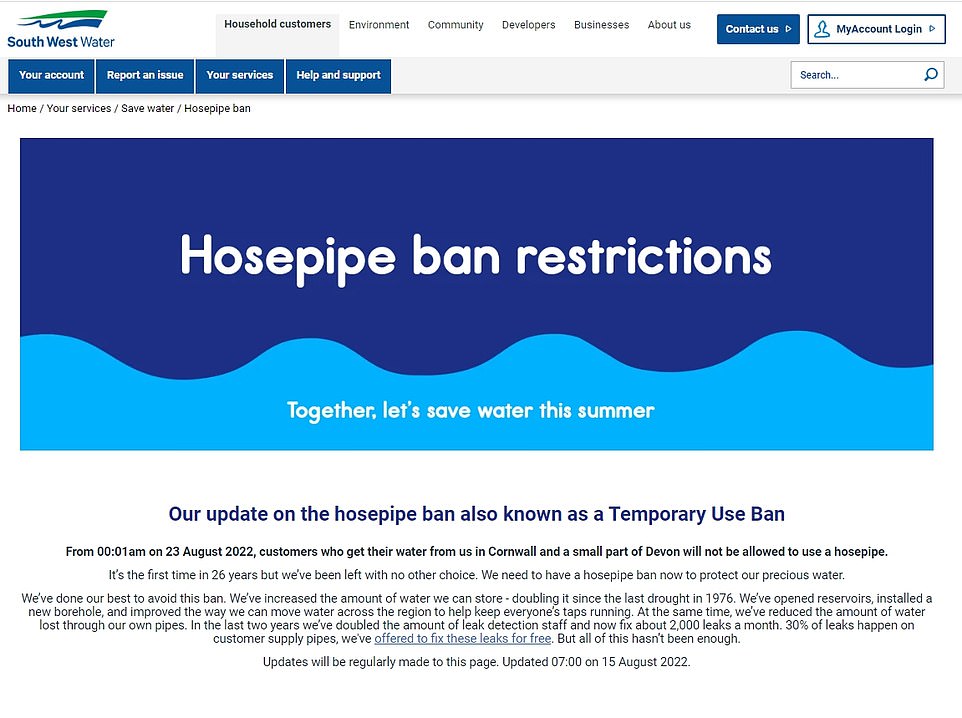 A hosepipe ban is being introduced to Cornwall and parts of Devon from August 23, South West Water has announced today 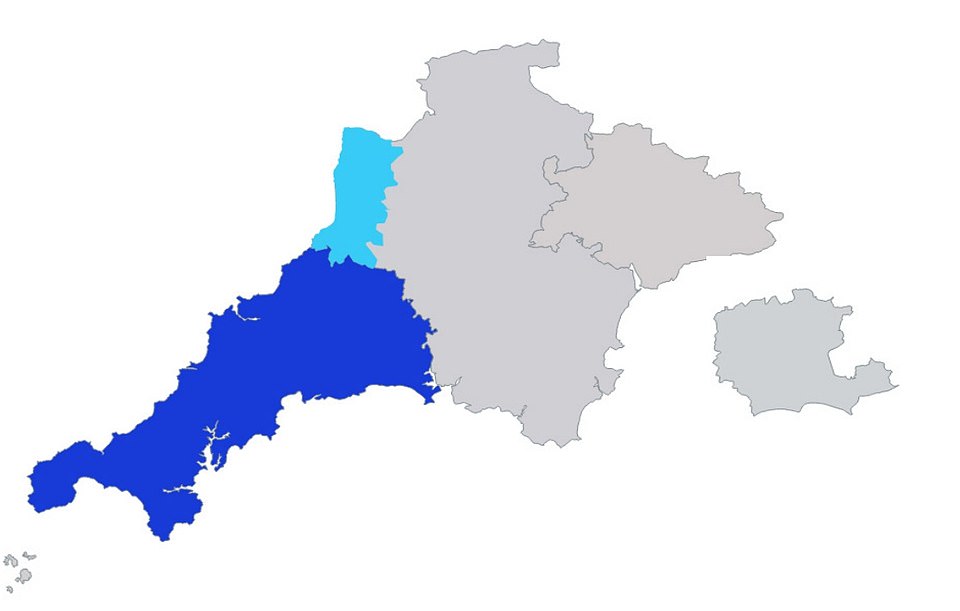 Last Friday, the very dry conditions prompted the National Drought Group to move parts of the South West, parts of southern and central England, and the East of England into official drought status.

The change could lead to more measures such as hosepipe bans, however the Environment Agency has reassured the public that essential water supplies are safe.

The most recent Environment Agency data showed rainfall totals for August have ranged from 12 per cent of the long-term average in north east England to 0 per cent in south east and south west England.

Meanwhile river flow data revealed almost 90 per cent of measuring sites were showing below normal readings, with 29 per cent labelled ‘exceptionally low’. The heat and dry conditions have also taken their toll on agriculture.

According to the National Farmers Union, crops such as sugar beet and maize are showing signs of stress from a lack of rain, while crops relying on irrigation, such as field vegetables and potatoes, are also facing problems. 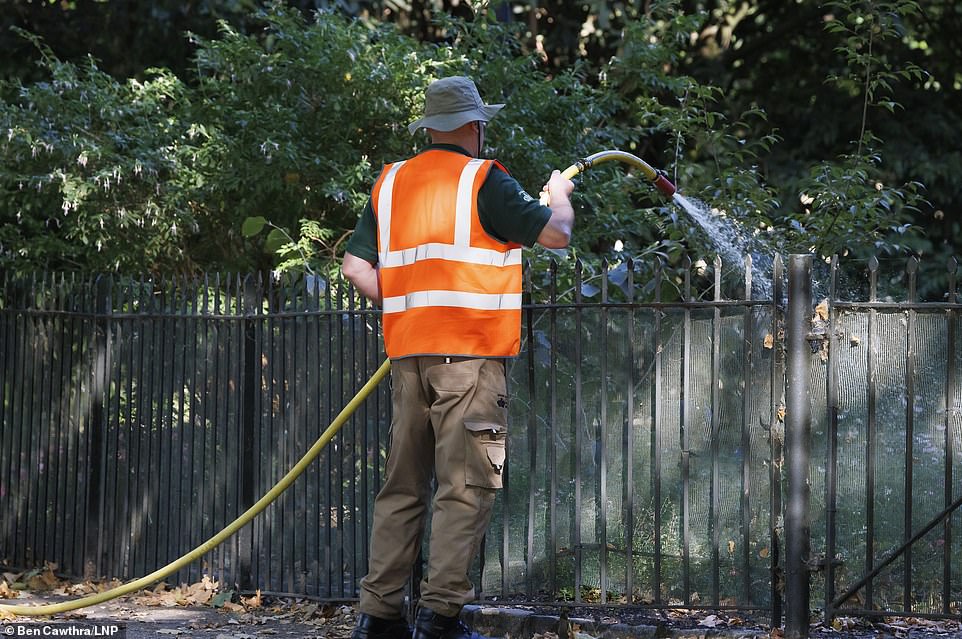 John Curtin, a director at the Environment Agency, said above average rainfall must last a period of several months to alleviate the drought problems facing parts of the country.

Speaking to BBC Radio 4’s World At One last Friday, he said: ‘Mainly it is a signal that this is not a normal summer now, so that water will be an issue and probably will be an issue for months ahead, depending how the winter goes.’

Mr Curtin continued: ‘It all depends on the weather I’m afraid. There will be heavy showers probably Monday, Tuesday.

‘But please, don’t think that will stop the drought because we’re talking about that we’ve lost a week’s worth of rain and it’ll take weeks of rain, we’ll need probably average or slightly above average rainfall this autumn into this winter for us to not be in a drought next year.’

Today, the heatwave gripping Britain has concluded with a bang in some areas with nearly three inches of rain set to fall this afternoon amid warnings of thunderstorms, hail, lightning and flash floods over the next few days.

The Met Office issued an amber thunderstorm alert for ‘torrential downpours’ in South West England with up to 2.8in (70mm) of rain as forecasters said ‘flooding of homes and businesses is likely and could happen quickly’.

They also warned of travel disruption for motorists and rail users as well as damage to buildings from floodwater, lightning strikes, hail or strong winds. The Met Office added that fast flowing or deep floodwater is ‘likely, causing danger to life’, some communities are ‘likely to become cut off if roads flood’ and power cuts are ‘likely to occur’.

The alert – which was imposed without prior warning at 2pm and will run until 8pm – will affect families on summer holidays in the likes of Devon and Cornwall, while heavy rain has also been seen in the North and Scotland today.

The Met Office has issued four days of consecutive alerts running from yesterday morning until the end of Wednesday after weeks of sweltering temperatures saw a drought declared across more than half of England.

But despite up to 2.4in (60mm) of rain being set to fall in just three hours in places, experts have warned that it will take weeks of heavy downpours to help parts of the UK recover from the driest July on record. 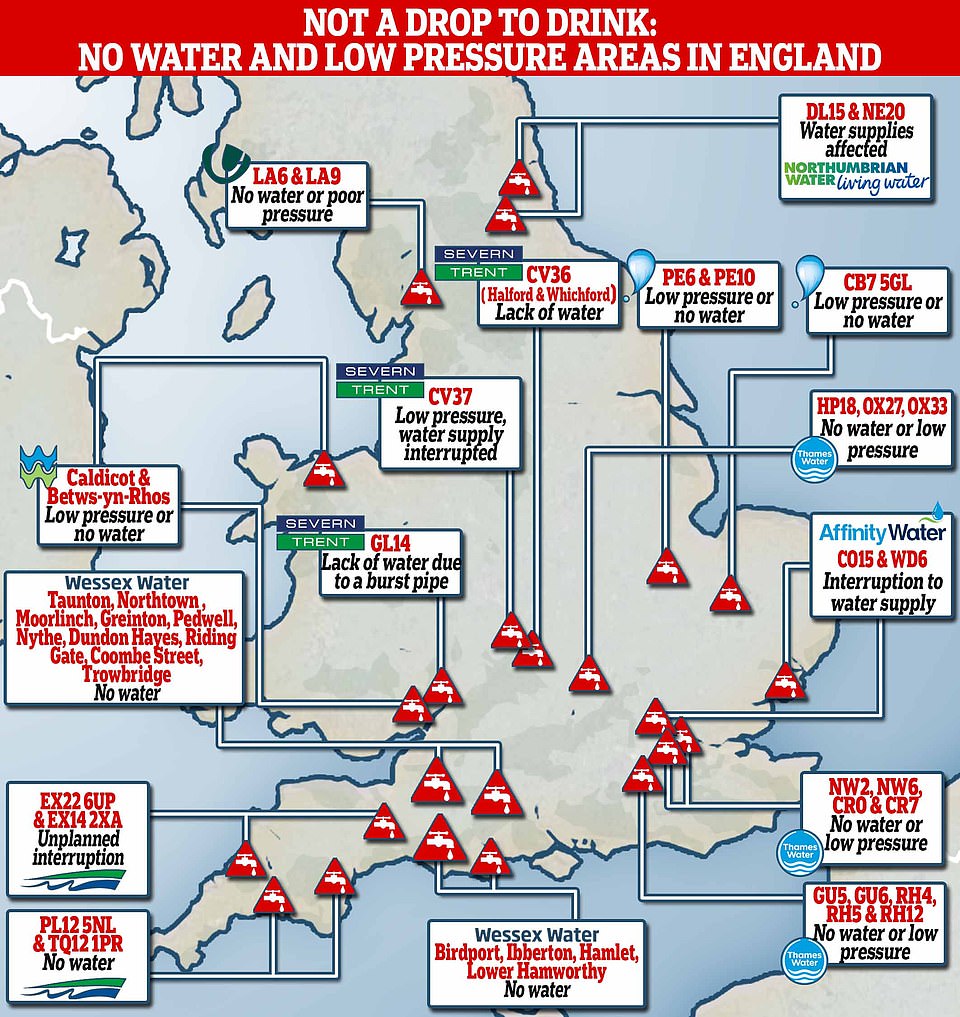 Data collected from more than 18 water companies, including Thames Water, Severn Trent Water, United Utilities and Welsh Water, showed that sites ranging from Oxfordshire and London, to Warwickshire, had no water or poor pressure

Meanwhile the heatwave will conclude for England today with highs of up to 90F (32C) in the South East, which will be the eighth day in a row of temperatures hitting at least 86F (30C) somewhere in the UK.

The mercury will begin to fall significantly from tomorrow when a maximum of 77F (25C) is forecast for the South East. By Wednesday, highs of just 72F (22C) will make conditions feel notably cooler.

Thunderstorm warnings have been in place for Scotland since 9am yesterday, and remain in place until the end of today amid an alert for up to 1.2in (30mm) of rain within an hour and 2in (50mm) in three to six hours.

A warning for the whole of England and Wales then began at 10am this morning, with a risk of ‘torrential downpours for some spots’ that could cause traffic disruption, train delays, flooding and power cuts.

This warning – which comes with a ‘small chance of fast flowing or deep floodwater’ – runs until the end of tomorrow, but the Met Office said some places within the area will stay dry while others will be deluged. A more serious amber warning was then imposed on top of this for South West England from 2pm today until 8pm.

A separate warning only covering the South of England then runs from 9am on Wednesday until the end of the day, which says up to 1.2in (30mm) of rain could fall in an hour, and 2.4in (60mm) in ‘less than three hours’. 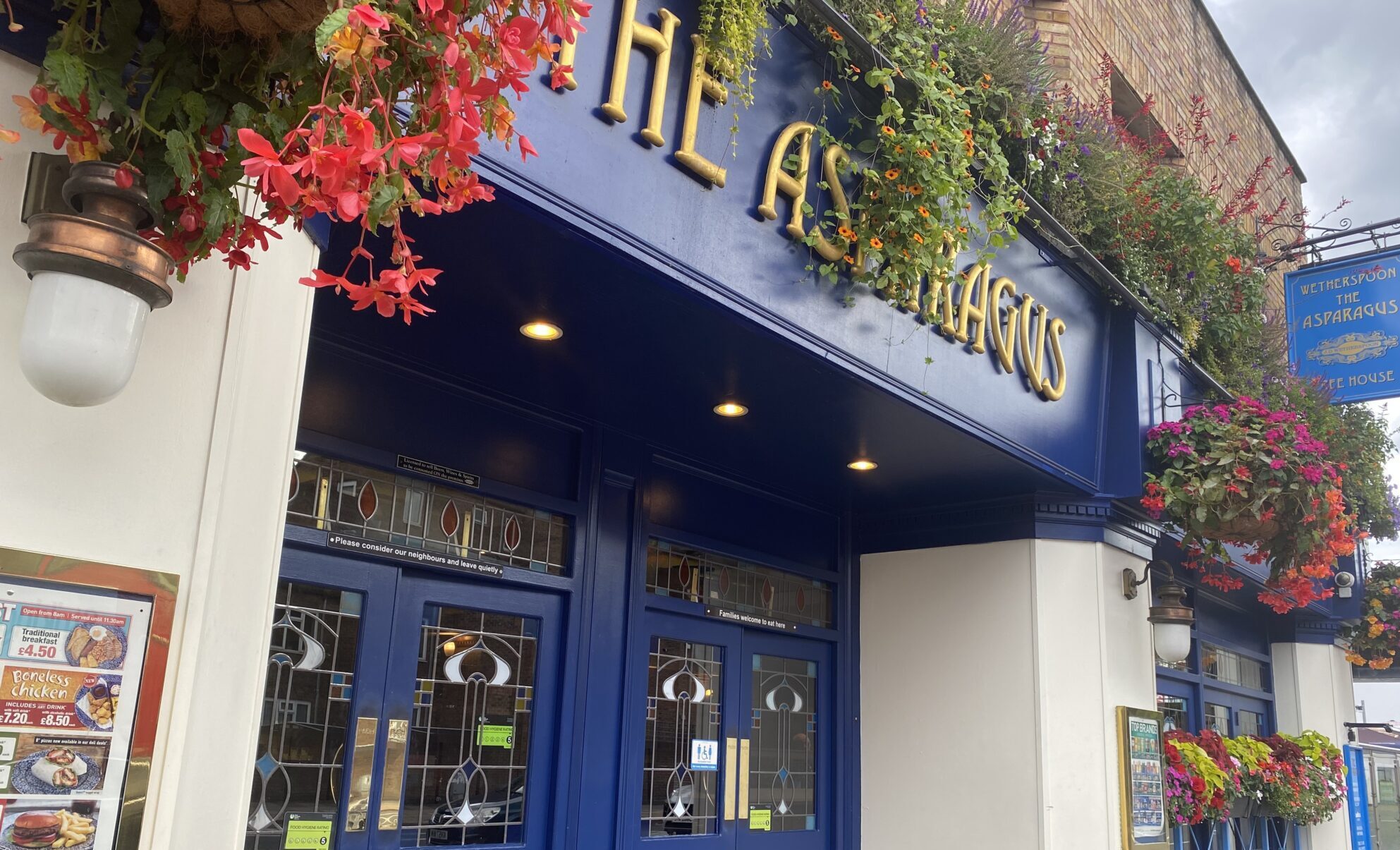 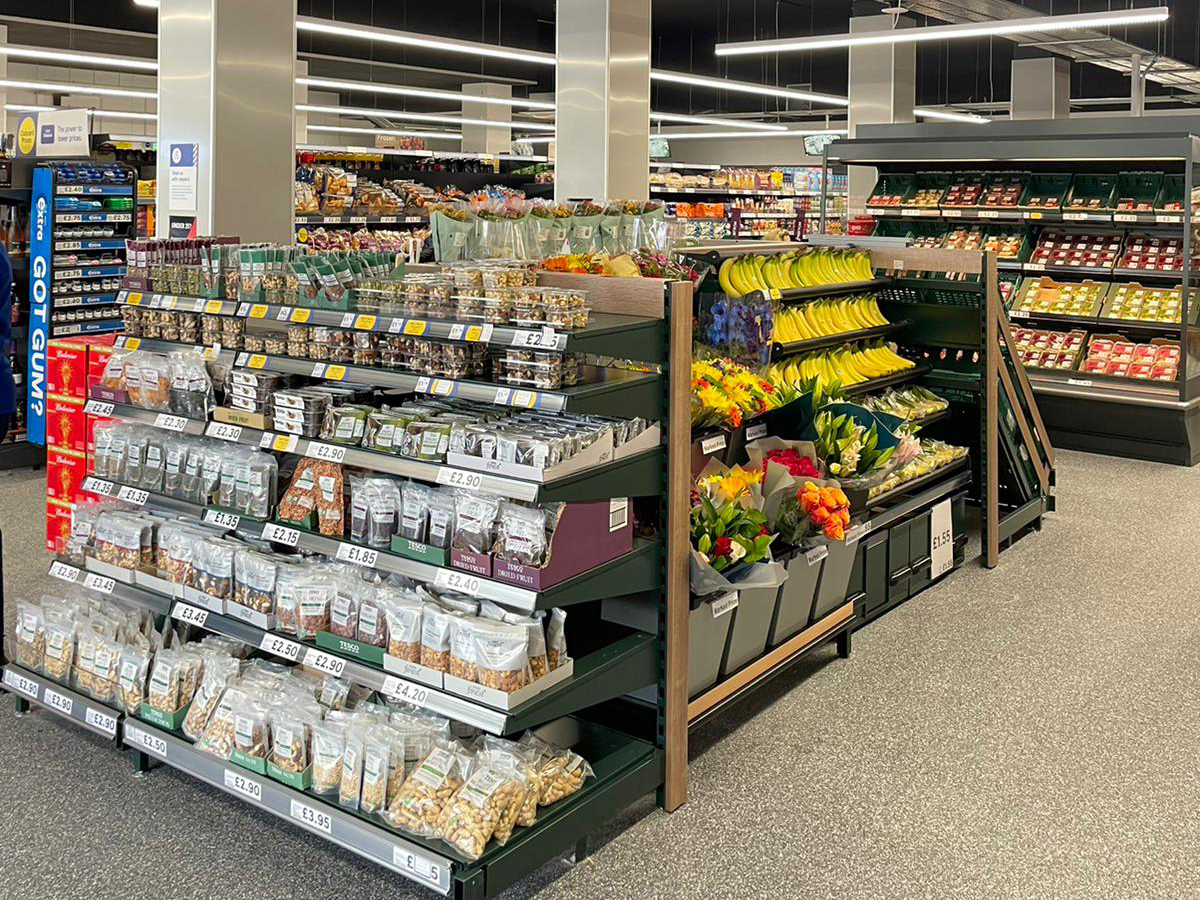