Work has stopped on an ambitious north London residential and commercial development, as its London developer has been placed in receivership with its lender seeking $57.8 million, according to Ontario Superior Court documents. 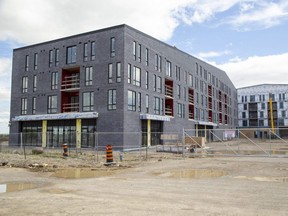 Construction of a residential development at 865 Kleinburg Dr. in London has stopped amid a $58-million lawsuit from lenders. Photo shot in London on Tuesday August 9, 2022. (Derek Ruttan/The London Free Press)

Work has stopped on an ambitious north-end residential and commercial development as its London developer has been placed in receivership with a lender seeking $57.8 million, according to court documents.

Applewood Marketplace was envisioned as a sprawling community around Sunningdale Road and Kleinburg Drive, northeast of London’s Masonville area. More than six phases of building would add 1,500 homes plus commercial and office space, including cafes and restaurants, built into historic barns on the site.

The first phase of the development, an apartment complex on 2.5 acres (one hectare) of land at 865 Kleinburg Dr., is about 75 per cent complete, but work has stopped as MarshallZehr, the Waterloo-based business that financed construction, wants its money and Ernst and Young has taken over the project as receivers.

“I’m so disappointed to hear this. It was mixed use and would have had residential and office and restaurants,” said Coun. Maureen Cassidy, whose ward includes the area. “It was well planned. There were big plans for this.”

The first phase is a five-storey, mixed-use building with 107 rental apartments, nine rental townhouses and 15,000 square feet (1,350 square metres) of ground-floor commercial space. Work has not yet begun on the second phase, an adjacent 12-acre (4.8-hectare) plot of vacant land that would see 468 residential units and about 37,000 square feet (3,330 square metres) of commercial space.

There are also 46 liens against the development totalling more than $8 million, largely from contractors allegedly not being paid by Applewood.

Court documents state loans from MarshallZehr, which specializes in construction and development financing, were in place in October 2020 and construction work ceased June 1 of this year. Applewood has not made a payment to MarshallZehr since April.

“The debtor (Applewood) failed to make payment of the amounts due and owing,” the court documents stated. “The debtor has committed a considerable number of events of default under the loans and security, which are continuing.”

Peter Sergautis, president of ExtraRealty in London, sold the land for the Applewood development and still owns more than 130 acres (52 hectares) for future phases. He called the receivership a “hiccup” and is confident the project will still be built.

“The mortgage company decided to take action to protect their interests, but there’s still money on the table. It’s likely new finances will be found and it will be back on track,” he said. 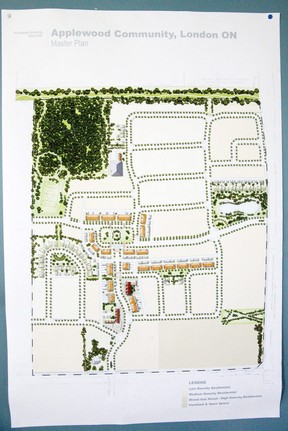 After paying MarshallZehr’s debt, money from future sales of the development may flow back to Applewood, keeping it in business, he said. “A lot of developers have suffered through COVID. It has delayed a lot of projects, and this triggered some dissatisfaction from lenders.”

“In light of the outstanding indebtedness owing to MarshallZehr and the large number of registered construction liens, it is both just and convenient to appoint a receiver over all of the property, assets and undertakings,” his court submission stated.

Mike Wallace is director of the London Development Institute, which represents developers. He had no knowledge of Applewood’s troubles, but said builders are being hit hard by rising interest rates, labour shortages, supply chain issues and higher costs for goods.

It takes several years from planning stages to construction, and costs have rocketed, he said.

“The industry is facing a lot of issues and costs have gone up in recent months. These are changes our members could not account for five years ago,” he said.

As receiver, Ernst and Young has authority to sell the development or complete the work and then sell it. Its officials could not be reached for comment.

Mike Clawson, president of Applewood Marketplace Inc., and lawyers for Applewood also could not be reached for comment.

“Any time we hear about a project stopping due to cost and challenges, we want to know more,” said Jared Zaifman, chief executive of the London Home Builders’ Association. “This development has been underway for some time and it’s in an area of the city where growth is needed.” 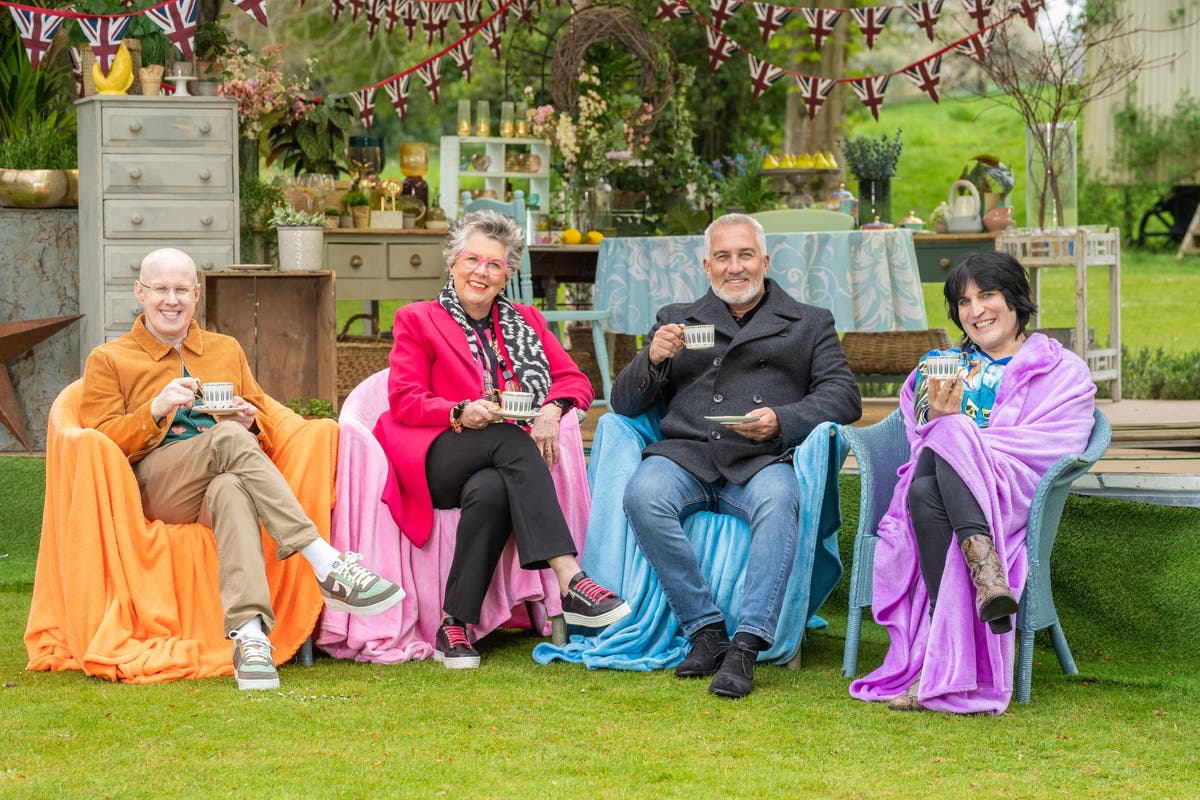