A man alleged to be the fourth member of the so-called “Beatles” Islamic State terror cell has been arrested in the UK.

Aine Davis, 38, from Hammersmith, west London, was arrested on Wednesday evening after arriving at Luton airport on a flight from Turkey.

Click here to read the latest on this story

Officers from the Metropolitan Police’s Counterterrorism Command took him to a police station in south London.

The “Beatles” are thought to have been responsible for the kidnap and holding of more than 20 Westerners, and the execution of at least seven of them, including Britons David Haines and Alan Henning and American aid workers Kayla Mueller and Peter Kassig.

The group caused outrage around the world after releasing videos of the executions of US journalists James Foley and Steven Sotloff.

Image:
Alan Henning was on his fourth aid mission to Syria when he was captured and killed in 2014

Survivors of the kidnap gang told of how they nicknamed their gaolers “the Beatles” because of their British accents, dubbing the cell ringleader and executioner – Mohammed Emwazi from Queen’s Park, West London – as “John.”

He was later given the nickname Jihadi John.

El Shafee Elsheikh and Alexanda Kotey, also from West London, were “Ringo” and “George” but the men always wore masks and none of the hostages at Elsheikh’s trial in the US, earlier this year, were able to identify them. 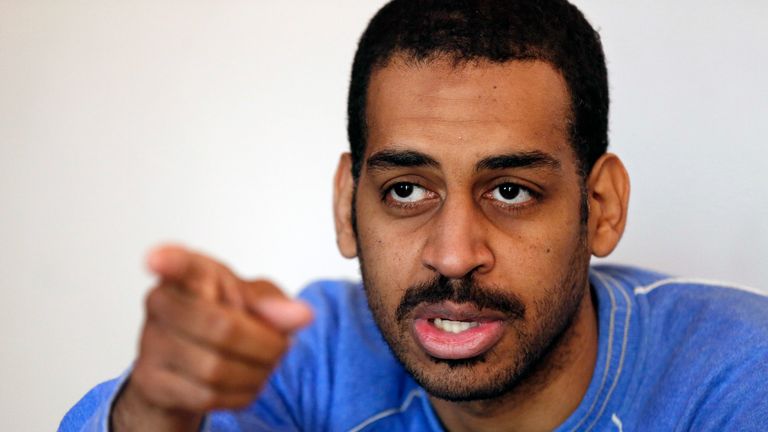 A fourth member, who was said to be less involved, was apparently known as “Paul.”

The same day, Davis was arrested by Turkish counter-terrorism police in a raid on a villa in Silivri, a western suburb of Istanbul.

He was subsequently convicted of membership of ISIS and sentenced to seven-and-a-half years in prison.

He was released from Ankara’s Sincan prison, having served his sentence, and deported back to Britain.

Kotey was jailed in the US in April for his part in the torture and murder of hostages, while Elsheikh, will be sentenced in August for his role.

The former British national faces up to a life sentence in prison.