Who are you looking at? Life imitates art as a wild fox is caught on camera staring at a street art version of his species in stunning series of photographs

By Tom Scotson For Mailonline

A wild fox has been caught staring at a street version of his species in a stunning series of twilight photographs.

The ginger-coloured mammal appeared amazed, perhaps even slightly confused, when he spotted the spray painted creature on a London street.

The snaps, taken in the UK capital at the weekend, showed the two locking eyes before the living creature’s pupils dilated to the size of footballs.

After losing eye contact with his street-art friend, the cunning fox wandered away and began to use his muzzle to sniff out scraps.

At one point it looked as if the fox was imitating his orange peer, where he stood quietly and patiently for the cameras.

He said: ‘I often saw this street art on a wall in North London and at a quick glance, had mistaken it for a real fox.

‘One evening over this last weekend I was walking by and saw a couple of foxes playing nearby. I took my camera out and waited a little while.

“Eventually, one of the foxes came over to street art and looked up. It looked like it was admiring the street art. 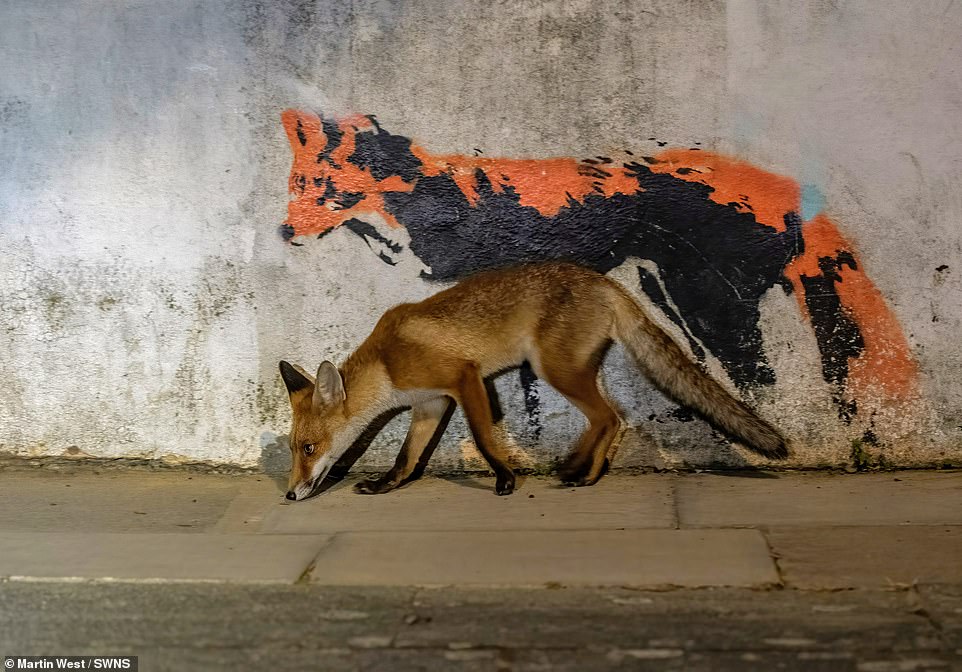 Fun-tastic Mr Fox: The living animal uses his muzzle to sniff around for food while the spray painted creature took a back seat role 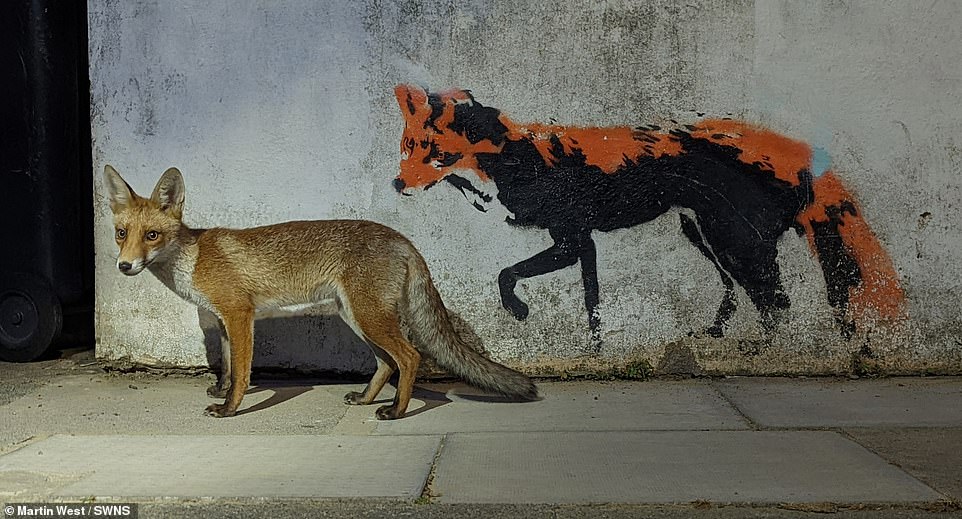 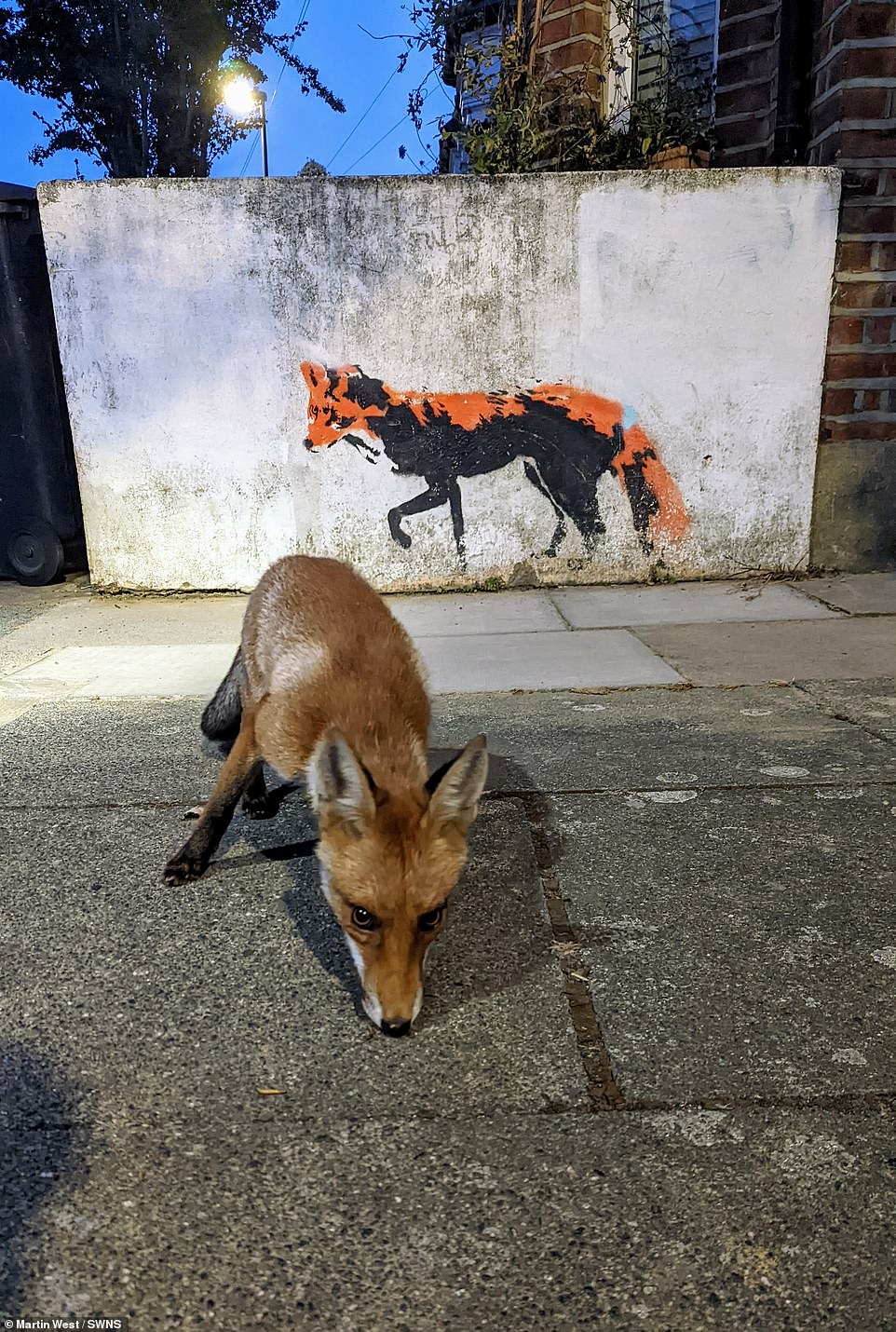 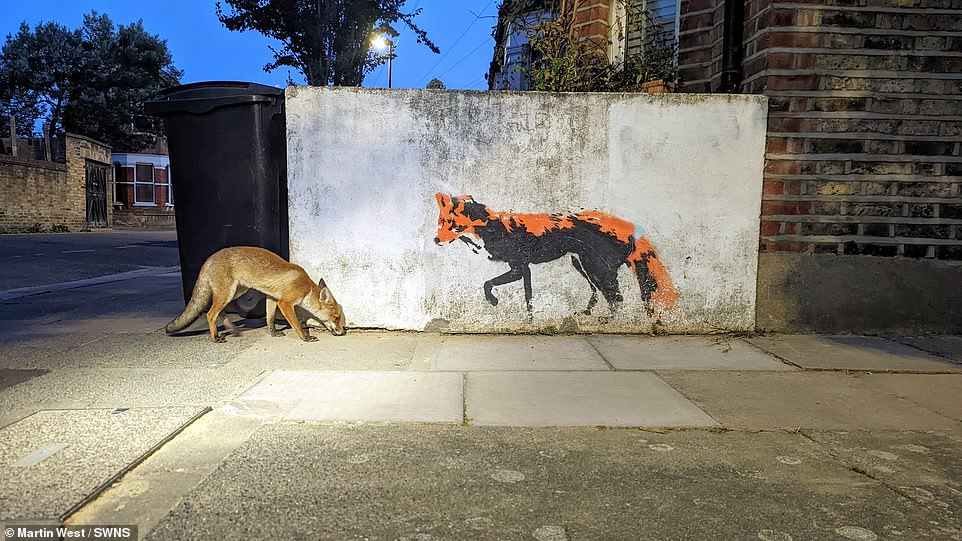 ‘I was really happy to get the shot, it felt like a once in a lifetime!

‘There are a number of foxes in the area due to it being near an allotment, where they are pretty undisturbed. They come out at night, and feed from the dustbins and scraps left in the area.

‘They are used to humans. It did see me, but was not bothered by my presence. It only ran away when somebody walked closely past it, not realising it was there.’